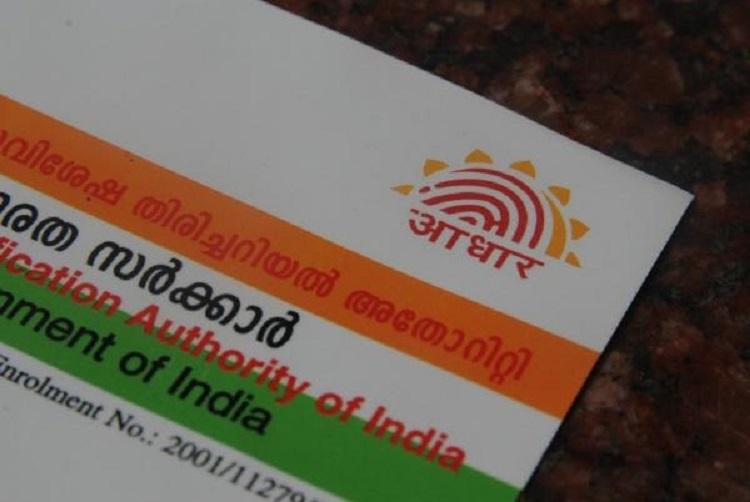 Why Do Blue-Tongued Skinks Have Blue Tongues?

New Delhi: Although the Supreme Court order on the legitimacy of the government’s drive to make Aadhaar mandatory for entitlements is pending, the entire architecture of the new National Health Protection Scheme has been built around it.

At the press conference in February, which was held to announce the roll-out of this programme, The Wire had asked officials if Aadhaar card would be mandatory to avail the scheme’s benefits. They had said Aadhaar would be used for identifying beneficiaries, but beneficiaries would not be denied insurance coverage for the lack of it.

However, the actual tender documents show the scheme has built in a mechanism to deny people healthcare if they do not have, refuse or cannot obtain an Aadhaar number. For those who do have the number, the scheme is likely to deny benefits if their biometric credentials do not work. The scheme documents do not say if any alternative mechanisms are allowed, to ensure that people are not denied their rights and entitlements.

All patients who come to avail the scheme will be advised to obtain an Aadhaar number in a fixed time frame. Patients will be allowed to take treatment without Aadhaar only once, according to the documents.

It offers the following caveat: “In case Aadhaar is not available then other defined Government recognised ID will be used for this purpose.”

On denial of benefits, it says: “No person shall be denied the benefit in the absence of Aadhaar Card through use of alternate Government ID.”

Although the documents seem contradictory on Aadhaar, the bottom line remains that the scheme is designed to run primarily on Aadhaar, and all other identifications are only secondary. Aadhaar has been built in so closely, that even its enrolment is going to happen as a byproduct/simultaneous process, of the health scheme itself.

Automatic catchment into the Aadhaar-net

Hospitals which are on board to provide healthcare under NHPS will have an ‘Ayushman Mitra’ or an operator, who will liaise with beneficiaries and the hospital. They will run the helpdesk for the scheme, check documents and advise people on eligibility and enrollment to the scheme.

For example, in order to identify a beneficiary, the tender documents say, “If the beneficiary’s name is found in the AB-NHPS list, Aadhaar is collected against the name/family.” It does say in brackets, that alternative government IDs can be used, but Aadhaar remains primary. The cross-referencing of these documents with the beneficiary’s details will throw up a “confidence score.” The insurance company will assess this score and will approve if the patient should be admitted.

The check list for what beneficiaries should bring for identification, says Aadhaar first up. Subsequently, it says that states can recommend other government IDs or ration card. All information, education and communication activities should also be designed to work towards this, “to ensure it is easy for the beneficiaries to receive care.”

If a new family member wants to be added to the scheme, then at least one of the existing family members will need to be verified, and this can be done only by Aadhaar.

For identifying beneficiary families, it directs states to, “Link all AB-NHPM beneficiaries with the State’s Scheme ID and Aadhaar in a defined time period.” This is essential for states which want to cover more people under AB-NHPS than what is given in the AB-NHPS list of beneficiaries.

However, in case of emergencies and if the person claiming benefit is also unable to provide the NHPS e-card or their Aadhaar number, the scheme says they will take other photo identifications by the government of India. If the procedure is not followed, then, the “beneficiary will pay for the treatment to the hospital.”

Private insurance companies in India have also been involved in the chaos around Aadhaar, demanding the number for reimbursement of claims and for continuation of existing premiums. In August 2017, the Insurance Regulatory Development Authority (IRDA) put out a clarification, that Aadhaar details are voluntary, and that customers/patients can refuse to give it.