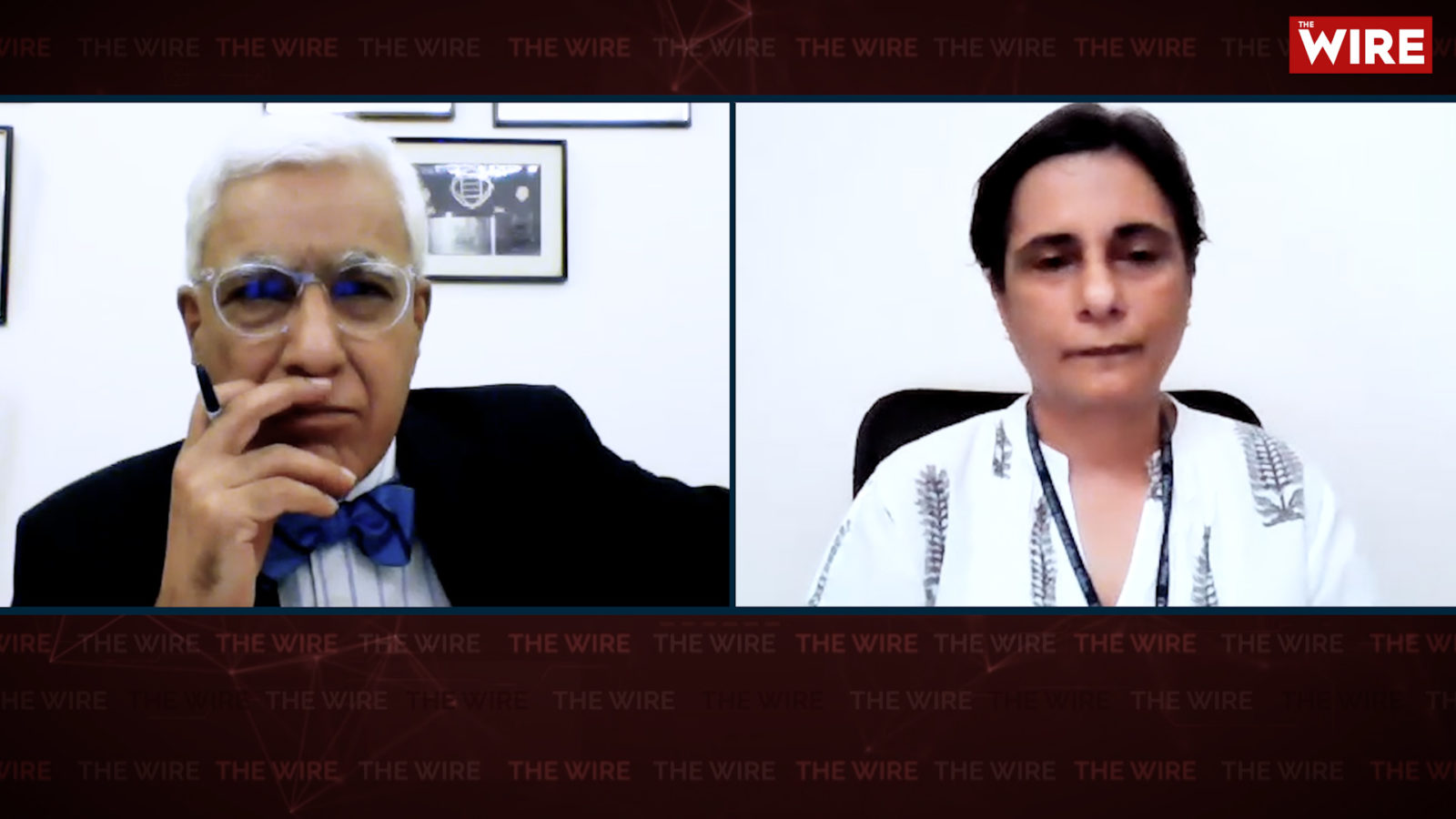 In the first detailed interview about the B.1.617.2 strain, which she calls “a key component of the present surge”, virologist and vaccine scientist Gagandeep Kang has said this sub-lineage of the B.1.617 – first reported from India – could very well be 50% more transmissible than B.1.1.7, the variant first reported from the UK.

Kang said this is “a very reasonable assumption and there is some data to back it up as well”. She also said the fact B.1.617.2 appears to be out-competing B.1.1.7, the UK variant, lends credence to this.

In a 40-minute interview to Karan Thapar for The Wire, Kang, a professor of virology at the Christian Medical College, Vellore, and a member of the government’s advisory COVID Working Group, said “it does appear” that B.1.617.2 is the fastest spreading strain of the virus in India.

“It’s a key component of the present surge,” she added, saying also that “it’s not necessarily the key driver.” She said many other factors could be counted as key drivers, including the failure of the population to wear masks and maintain social distancing.

In her, Kang also said we have no data to suggest that B.1.617.2 will lead to serious illness.

Asked if she agreed with the views of multiple experts that B.1.617.2 could be more resistant to vaccines, Kang’s detailed answer is worth hearing in full. We present below a brief summary:

Kang began by saying that in SARS-CoV-2 antibodies are the drivers of protection. She said vaccines make a lot more antibodies than you need for protection. So even a 50% reduction would still leave a vaccinated person with more than enough antibodies to protect him or her. She also said it was only in the case of the elderly and the vulnerable that B.1.617.2 might leave them with only just enough antibodies to be protected. However, for the bulk of the population vaccination would ensure they are well protected, even if there is a 50% drop in antibodies as a result of B.1.617.2.

One of the more intense and interesting parts of this interview was the discussion over the question is the decision to extend the gap between two doses of Covishield to 12-16 weeks based on good science. The press release issued by the Health Ministry on May 13 gives the following explanation: “Based on the available real-life evidence, particularly from the UK, the COVID-19 Working Group agreed for increasing the dosing interval to 12-16 weeks between two doses of Covishield vaccine.” The same point was repeated by V.K. Paul in his press conferences.

However, in the course of her answers – and this was a fairly long discussion – Kang made clear that real-world data (what the health ministry press release calls ‘real-life evidences’) from the UK is only for a gap up to 12 weeks. She said the evidence for extending the gap beyond 12 to 16 weeks is largely based on AstraZeneca’s efficacy trials. Incidentally, it is widely believed that was the result of serendipitous accidents. However, Kang added that modelling done in the UK – as opposed to real-world data – also supports extending the gap up to 16 weeks.

When asked if we have real-world data from Spain and Canada, two countries that have recommended extending the gap to 16 weeks, Kang made clear we don’t at the moment have good quality reliable real world data from them.

Finally, Kang was asked about the recent UK decision to reduce the gap to 8 weeks for people over 50 and people who are vulnerable, because of the UK’s fears that B.1.617.2 could spread rapidly through the country. She said this was a decision taken on the basis of presumption rather than indicative data and there was no need at this point for India to follow suit. She maintained this position even though she accepts B.1.617.2 is a key component of the present surge and is the fastest spreading strain of the virus in India.

In particular, Kang had a lot of interesting detail to offer. Please watch the full interview for a better appreciation of her viewpoints and arguments.