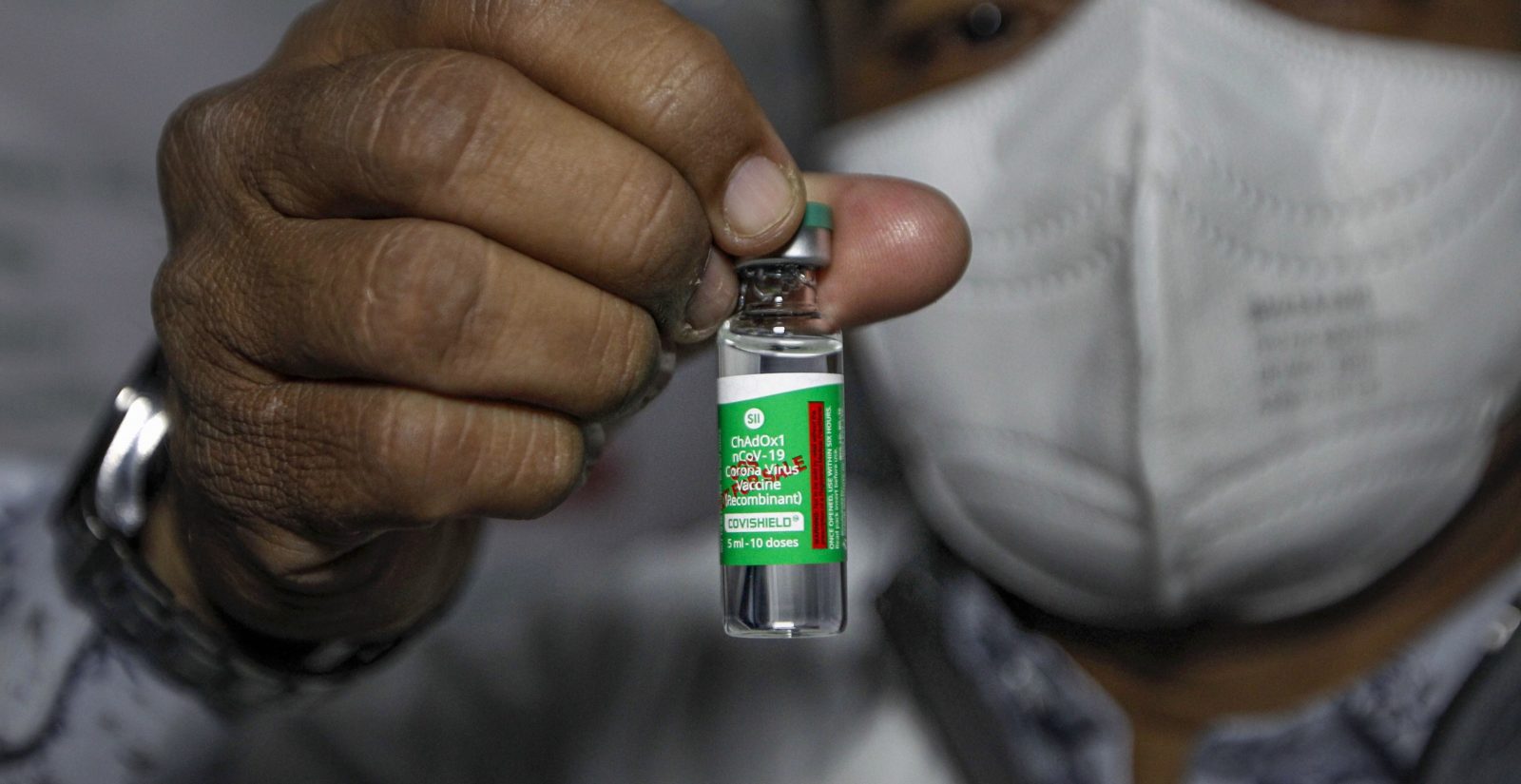 A health worker holds a vial of the Covishield vaccine candidate, after it arrived at a hospital in Ahmedabad, January 12, 2021. Photo: PTI.

New Delhi: After the Union health ministry released a statement by 49 doctors and scientists endorsing the safety of the Covishield and Covaxin vaccine candidates, 13 scientists issued an independent statement urging the government and Bharat Biotech to release data from phase 3 clinical trials of Covaxin, ahead of distributing it to frontline workers in the first phase of India’s vaccination drive, set to begin on January 16.

According to The Telegraph, the 13 scientists include six fellows of the Indian Academy of Sciences. They emphasised the need for transparency vis-à-vis the vaccine candidates’ trials. While noting the promising results of the vaccine data released after phase 1 and 2 trials of Covaxin, the scientists said that “providing a vaccine without adequate efficacy data can lead to a false sense of security among vaccine recipients”.

Their statement came after a group of 49 scientists claimed, in a note endorsed by the Union health ministry, that “irresponsible statements of vested interests” had wrecked the “highly valued and credible scientific edifice” of the country. “Such reprehensible utterances are causing huge credibility crisis for the Indian scientific community who have devoted their lifetimes to make India a name to reckon with in export of vaccines all over the world,” the statement said.

Two signatories of this statement told The Telegraph that they wished to affirm support for the Centre’s plan to launch the vaccination campaign with both vaccine candidates. “We’re in an extraordinary situation – a pandemic. The safety and immunogenicity have already been proven for both vaccines; both should be used,” Narinder Mehra, a medical immunologist and former professor at the All India Institute of Medical Sciences, New Delhi, is quoted as saying.

Dr Samiran Panda, head of the epidemiology division at the Indian Council of Medical Research, said that waiting for efficacy data in the midst of a pandemic would be tantamount to disregarding the loss of lives. “You have to put faces on the numbers of the dead.” said.

In the last couple weeks, the Drug Controller General of India’s decision to approve Bharat Biotech’s Covaxin, indigenously developed in collaboration with the Indian Council of Medical Research, without efficacy data from its phase 3 trials, has come under mounting criticism.

A senior expert involved in guiding the national vaccination strategy told the English daily that both AstraZeneca’s Covishield vaccine candidate and Covaxin were being viewed “equally”. NITI Aayog member Vinod K. Paul has also said that the two vaccine candidates that the DCGI had approved on different terms would actually be treated “equally”.

Earlier this week, Union health secretary Rajesh Bhushan had said the recipients of either vaccine candidate would not have the option of choosing between them.

However, some doctors have already – anonymously, to The Telegraph – indicated that they hope to receive Covishield, which has demonstrated efficacy in studies outside India.

Health officials have also reportedly not clarified what criterion has been adopted to determine which vaccine goes where, to ensure that the vaccines are not interchanged as well as that they are distributed in whatever measure throughout the country.

A public health expert affiliated with a state government said the state had not received instructions on how to distribute the two vaccine candidates.

Also read: How Covaxin Trial Participants in Bhopal Were Misled

The government needs 60 million doses to vaccinate close to 30 million healthcare and frontline workers. “We need a 28-day gap between the first and second doses — the government could have vaccinated all 30 million with Covishield and waited for at least interim efficacy data to emerge for Covaxin by mid-March,” a senior doctor in a Delhi hospital is quoted as saying. “The decision is baffling.”

The nationwide COVID-19 vaccination drive will be launched on Saturday, January 16, by Prime Minister Narendra Modi via a video conference.

The statement released by the 13 scientists calling on the government to institute a greater degree of transparency regarding the release of a vaccine is published in full below. The statement by the 49 scientists is available to read here.

We are scientists working in various institutions in India and are writing in our personal capacities.

From press reports we have learnt that the administration of Covaxin and Covishield vaccines is starting in India.  We express our concern about the inadequacy of publicly-available information on which the approvals to initiate the vaccine campaign have been issued by the national regulatory authorities. A greater degree of transparency prior to the start of the vaccination programme is essential.

This is especially true for Covaxin, for which Phase-3 safety and efficacy data are not yet available. We appreciate the efforts that Bharat Biotech and ICMR have put in to develop a vaccine formulation which is said to have promising results in Phase 1/2 human trials on a small number of people.

It is imperative that relevant data from the larger Phase-3 trial become available before administering the vaccine to large numbers of people. Providing a vaccine without adequate efficacy data can lead to a false sense of security among vaccine recipients. In addition, articulation of a clear and consistent policy of making publicly available relevant data, and the approval pathway adopted by the Government of India, is required for other vaccines in development to ensure rapid access to safe and efficacious vaccines both for our citizens and for the rest of the world.

We are not being pessimistic; our concern is only with the necessity of following essential safeguards in a transparent manner before releasing a vaccine for public use.