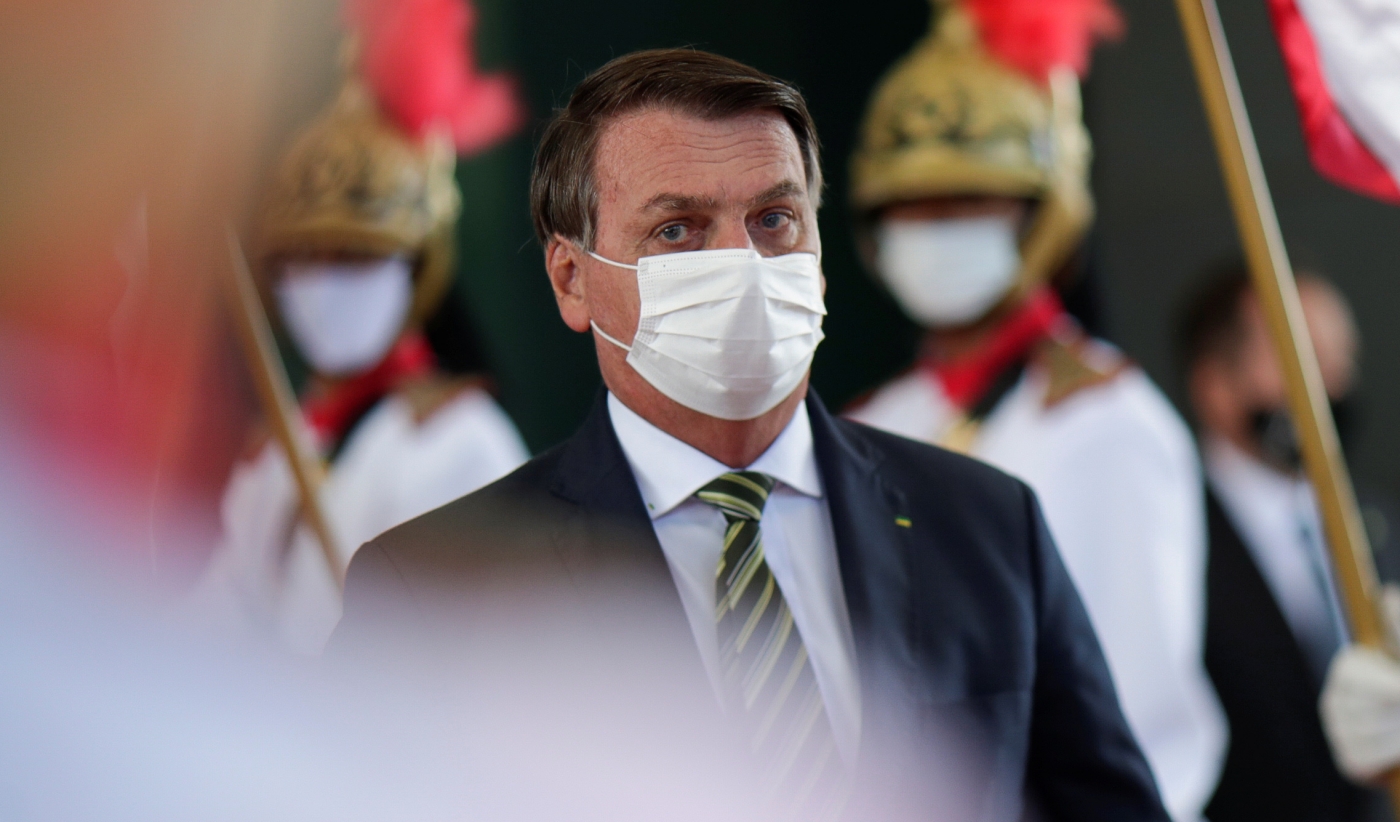 Global Companies Back Environmental Call for Pause on Deep-Sea Mining

New Delhi: The Brazilian health regulator Anvisa – short for Agência Nacional de Vigilância Sanitári – has denied a request to import doses of Covaxin, made in India by Hyderabad-based pharma company Bharat Biotech, for use in the nation’s COVID-19 vaccination drive, LiveMint reported.

Bharat Biotech has an agreement to supply 20 million doses of Covaxin to the Brazilian government through Precisa Medicamentos, its partner in the country, according to The Print.

India’s Union health ministry had appealed to Anvisa to authorise the application to import 20 million doses of Covaxin into Brazil.

This move by Brazil’s regulator came after it had also denied a certificate of good manufacturing practices to Bharat Biotech on March 30.

As The Wire Science also reported, Bharat Biotech had failed to comply with manufacturing standards, including not adhering to demands for documentation and maintaining the integrity of containers and methods of analysis.

LiveMint reported that the firm had provided an action plan to the regulator vis-à-vis corrective actions, but Anvisa said that the measures adopted thus far had failed to inspire confidence.

In its statement, Anvisa said that if these issues persist, the vaccine’s quality could be affected and thus potentially endanger its recipients. The statement also said that Bharat Biotech’s action plan also seemed insufficient in the face of the quality issues.

In a press release published in January 2021, Bharat Biotech had announced that “supplies to the private market would be based upon receipt of market authorisation from Anvisa”. In light of Anisa’s rejection, a spokesperson from Bharat Biotech told The Hindu,“The requirements pointed out during inspection will be fulfilled. The timelines for fulfilment is under discussion with the Brazil’s National Regulatory Agency and will be resolved soon.”

According to The Indian Express, Bharat Biotech’s agreement to supply 20 million doses to Brazil is still active. The firm also said that the partnership with Precisa Medicamentos was a long-term commitment and would continue. In addition, Precisa Medicamentos is also expected to appeal Anvisa’s decision.

Despite these setbacks, however, the statements indicated – based on Brazilian laws – that Anivsa’s decisions thus far don’t endanger Bharat Biotech’s application for emergency use authorisation in Brazil.

Gagandeep Kang, a professor at Christian Medical College, Vellore, told Indian Express that both Bharat Biotech and India’s Central Drug Standards Control Organisation “should take” Anvisa’s verdict “very seriously, and either do an independent inspection and confirm whether there really is a problem that needs to be corrected or push back.”

Bharat Biotech can reapply for the certification of its facilities after it completes the remediation process, according to the report.

In India itself, as on March 23, only 8% of all vaccine doses administered to frontline and healthcare workers since January 16 were of Covaxin; the rest were of Covishield, the vaccine candidate manufactured by Serum Institute of India under license from AstraZeneca Plc.

Vinod K. Paul, a member of NITI Aayog and head of the body overseeing India’s COVID-19 vaccination drive, had admitted that Covaxin’s share in the total number of vaccine doses was so low because of vaccine hesitancy rooted in the drug regulator’s controversial approval in early January.

One of the principal factors that contributed to Anivsa’s decision to push back on the application is reportedly that Bharat Biotech has allegedly failed to check the method it uses to inactivate the novel coronavirus.

Unlike the Pfizer and Moderna vaccine candidates, Covaxin delivers a relatively small number of viral particles to the body. These particles are first modified to keep them from replicating within the human body.

As a result, any concerns over the method by which Bharat Biotech inactivates the viral particles before using them in the vaccine doses are likely to affect perceptions of the vaccine’s safety and vaccine hesitancy.

The Wire Science@TheWireScience
3 Following 15.1K Followers
The Kumbh Mela has been underway in full swing. The govts has promised various measures to ensure devotees would… https://t.co/4syK9IDbxC
7 hours ago
1 3
“The failure to increase ambition in the updated NDC submitted by Brazil in December 2020 is a missed opportunity a… https://t.co/zJa7fWMfkp
8 hours ago
A team of doctors in Kerala conducted a survey among more than 5,000 healthcare workers in India over a week and fo… https://t.co/UGwSKKloPU
9 hours ago
1
Rivers, as a powerful resource in the fight to adapt to a changing climate, are being overlooked. They have the po… https://t.co/qnL6mZ6Oqj
10 hours ago
1
The prison authorities said in all the three jails put together – Tihar, Mandoli and Rohini – while there were 11 p… https://t.co/nxGzbl4w0s
11 hours ago
4 2
“The Markaz was held in a closed space whereas the Kumbh is being held in the open on the sprawling ghats of the Ga… https://t.co/H4iQmhMG5q
12 hours ago
1
"Not responsible for climate change that is happening”. Environment minister Prakash Javadekar on Wednesday said I… https://t.co/EUkM5hgbbO
13 hours ago
3
The European Union’s top environment official told Brazil on Wednesday that the South American country’s updated cl… https://t.co/ZAPaMX5P2b
14 hours ago
2
India reported a record 200,739 COVID-19 cases over the last 24 hours. The country’s new and dubious record-setti… https://t.co/8BP7zlvbve
14 hours ago
35 46
In the hills of China’s Guizhou province, a natural rock bowl cradles the world’s largest single-dish radio telesco… https://t.co/vPdowxrk03
16 hours ago
1
At the Tihar Central Jail, and Mandoli and Rohini prisons, 190 inmates have tested positive so far, while two have… https://t.co/KojjGkyMYA
17 hours ago
1 1
The deaths count is ...obviously wrong. On April 11, facilities in Bhopal cremated 68 bodies while Indore reporte… https://t.co/SH06BhaBNK
18 hours ago
1 2
By emphasising a technological approach alone, however important it may be, the Paris Agreement ignores the social… https://t.co/gwJQu9DjDh
19 hours ago
2 2
US federal health agencies on Tuesday recommended pausing the use of Johnson & Johnson’s COVID-19 vaccine for at le… https://t.co/1idMZy02Nh
1 day ago
4
"Kumbh is at the bank of the River Ganga. Maa Ganga’s blessings are there in the flow. So, there should be no coron… https://t.co/lBcQwy6890
1 day ago
1 3
Contact us