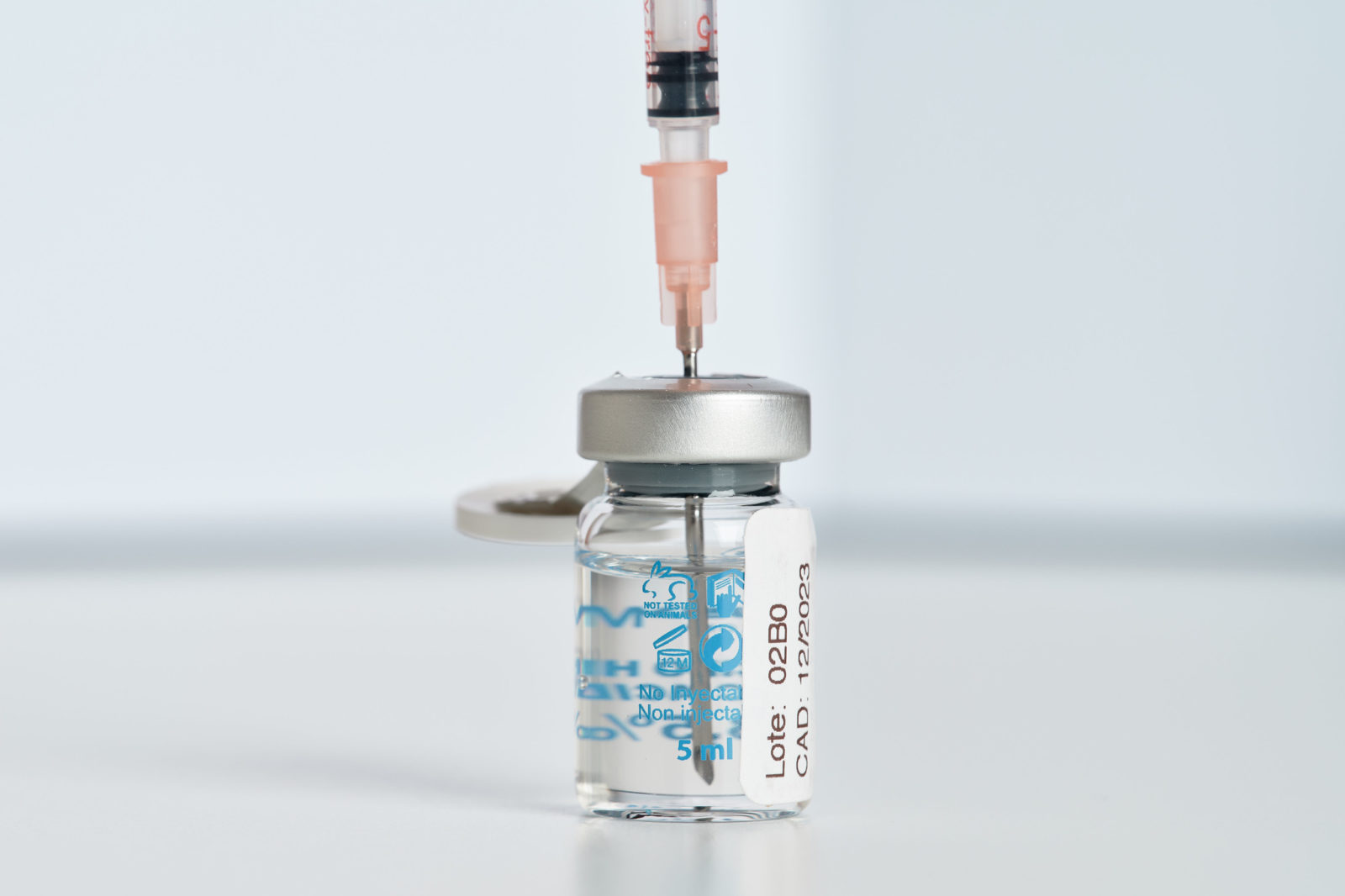 Representative image of a vaccine vial. Photo: The Focal Project/Flickr CC BY NC 2.0

New Delhi: A government panel studying COVID-19 vaccine side effects has confirmed the first death due to anaphylaxis following vaccination.

According to a report by the National AEFI Committee, a 68-year-old man died due to anaphylaxis (severe allergic reaction) after being vaccinated on March 8, 2021.

“It is the first death linked to COVID-19 vaccination due to anaphylaxis. It re-emphasises the need to wait for 30 minutes at the inoculation centre after receiving the jab. Most of the anaphylactic reactions occur during this period and prompt treatment prevents deaths,” Dr N.K. Arora, chairperson of the National AEFI Committee told PTI.

The panel said mere reporting of deaths and hospitalisations as serious adverse events does not automatically imply that the events were caused due to vaccines.

Of the 31 causally assessed cases, 18 were classified as having an inconsistent causal association to vaccination (coincidental – not linked to vaccination), 7 were classified as indeterminate, 3 cases were found to be vaccine product related, 1 was anxiety-related reaction and two cases were found to be unclassifiable, the government panel report said.

“Vaccine product related reactions are expected reactions that can be attributed to vaccination based on current scientific evidence,” it said.

Examples of such reactions are allergic reactions and anaphylaxis. Indeterminate reactions are reactions which have occurred soon after vaccination but there is no definitive evidence in current literature or clinical trial data that this event could have been caused due to the vaccine, the report said, adding further observations, analysis and studies are required.

In the two other cases of anaphylaxis, two persons were given vaccines on January 19 and 16 and both of them were hospitalised and have since recovered.

Unclassifiable events are those which have been investigated but there is not enough evidence for assigning a diagnosis due to missing crucial information. When this relevant information becomes available, the case may be reconsidered for causality assessment.

Coincidental events are events that are reported following immunisation but for which a clear cause other than vaccination is found on investigation.

The panel said benefits of vaccination are overwhelmingly greater than the small risk of harm and as a measure of utmost precaution, all emerging signals of harm are being constantly tracked and reviewed periodically.

The Wire Science@TheWireScience
4 Following 27.5K Followers
Recent breakthroughs in the neurodiversity movement triggered a call for autism research to focus on empowering aut… https://t.co/ijLllqfBAP
9 hours ago
1
STIs are spread primarily through sexual contact, while monkeypox can spread through any form of prolonged, close c… https://t.co/wJPo6rwnzW
11 hours ago
1
It's like trying to catch smoke. Forest-fire haze drifting from Indonesia to neighbouring countries every dry seaso… https://t.co/IYeCrqRe18
13 hours ago
2
Like COVID-19, the lumpy skin disease is caused by a virus. The lumpy skin disease virus, as it is called, belongs… https://t.co/r7fLwk6H5a
15 hours ago
1 1
Companies – mostly oil-palm producers – have used fire as a tool to clear forests and peatland areas for agricultur… https://t.co/Qhckblm8fa
18 hours ago
4 7
Why and how respiratory diseases can develop into chronic conditions like long COVID-19 are still unclear. |… https://t.co/uv0C0CRB5D
1 day ago
2 5
As of August 8, more than 4,000 cattle have died in India due to a viral disease – the lumpy skin disease. The dise… https://t.co/8PDleksTaU
1 day ago
3
The immune system facilitates lung recovery after an infection by sending signals that can activate stem cells but… https://t.co/9zuUlFpJDs
2 days ago
4
To solve the problem of transboundary air pollution, developed economies could provide green technologies to countr… https://t.co/JFmAeF7DYr
2 days ago
2
Many autistic people experience difficulties in expressing their emotions. This can result in increased anxiety, de… https://t.co/zOWaNVlx21
2 days ago
1 4
Every country deserves an equal opportunity to develop, but it is also a universal human right to breathe clean air… https://t.co/j9quH4cg0o
2 days ago
2
New research found that it might not be an active viral infection causing long COVID-19 and similar conditions, but… https://t.co/1uraoT5g3w
2 days ago
1 2
While US politicians have taken to describing rising food and other commodity costs as the “Putin price hike,” some… https://t.co/Y0CSDLZOoN
3 days ago
Monkeypox may not be a second COVID-19, but governments and public health officials are not reacting swiftly enough… https://t.co/P8WcQcRjh7
3 days ago
1
The UN projects that global demand for meat will swell by 15% by 2031 as the world's increasing population seeks mo… https://t.co/tTHtGt7iOU
3 days ago
1
Contact us