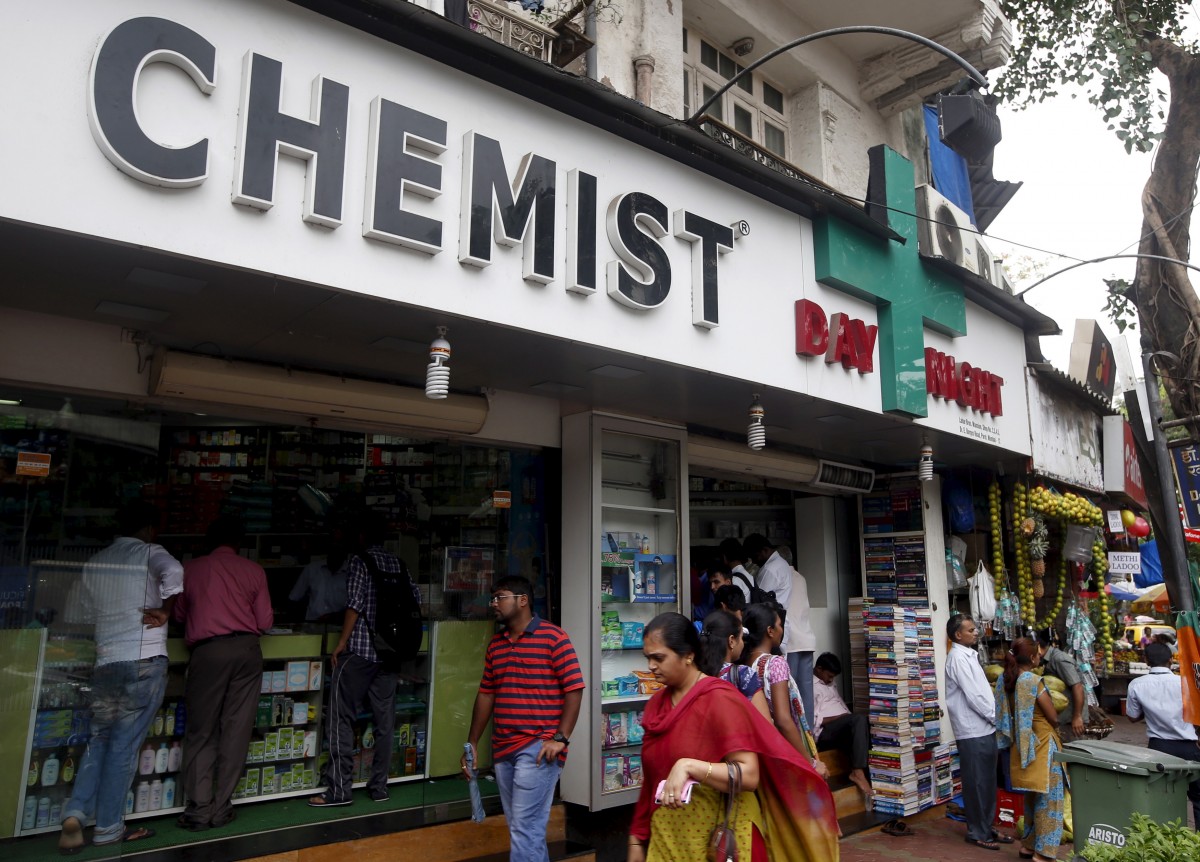 Ahmedabad: People in Gujarat have been consuming and stocking up hydroxychloroquine, being touted as a ‘game-changer’ in the fight against coronavirus, prompting the state government to issue a warning against its health hazards and a directive to chemists not to sell it over the counter.

India is the world’s largest manufacturer of hydroxychloroquine, which is used in the treatment of malaria.

But, its demand has now increased after US President Donald Trump requested the Indian government to allow its export to the USto treat COVID-19 patients.

“We have come to know that people were rushing to medical stores to buy hydroxychloroquine after it came in news and was also mentioned as an effective medicine by US President Trump for those infected by COVID-19,” Gujarat Food and Drug Control Authority commissioner H.G. Koshia told PTI.

It has come to light that many people are taking the medicine or stocking it due to the coronavirus fear, he said.

“This is a scheduled H drug, which can be sold by chemists on a prescription of a registered medical practitioner. It is not in the interest of normal people to take the scheduled H drug if they do not have COVID-19 symptoms, he said.

This type of self-medication can cause harm and side effects if not taken under the proper care of doctors, he warned.

“Therefore, we have advised people not to take the medicine without the prescription of doctors. We have also asked chemists not to sell the drug to patients coming without the doctors’ prescription,” the official said.

Chemists have been asked to maintain a register of purchase and sale of the drug, which they have to do for all the scheduled H drugs, he said.

A chemist in the Bopal area of Ahmedabad said many people come to his store asking for hydroxychloroquine in a day, but he sells it only to those who have a proper prescription.

Koshia said the Gujarat government has enough stock of the medicine, but an advisory has been issued so that there is no shortage of the drug in the open market.

“If everybody starts stocking or consuming the drug, it will create a shortage in the market. This advisory is issued so that this anti-malarial drug is available for patients who need it, he said.

The Gujarat government stockpiled over one crore shots of the medicine as it became clear that this can be a useful medicine against coronavirus, he said, adding that the drug is manufactured in a large quantity in the state.

“The Food and Drug Control Authority of Gujarat has given approval to 28 companies to produce hydroxychloroquine.

Of these, three companies produce active drug ingredients, which are raw materials for the production of the medicine, he said, adding that Gujarat will not face its shortage.

Gujarat chief minister Vijay Rupani recently said three companies from the state have been asked to produce hydroxychloroquine to export it to the US, after President Trump asked the Indian government for its supply.

On the effectiveness of the drug in the fight against coronavirus, Koshia said some studies, especially in France, say that it works.

“The Indian Council of Medical Research (ICMR) has recommended that this drug should be given to frontline health workers who are involved in treating those suffering from COVID-19, he said.

Earlier, India had banned the drug’s export after it was found that it can be key to the treatment of COVID-19.

However, after requests of US President Trump and from other countries, the export curbs were partially lifted.

The Wire Science@TheWireScience
3 Following 22.7K Followers
Bharat Biotech's paediatric trial is one of many clinical studies conducted in India that have, or intend to have,… https://t.co/ZziGhG58vK
7 hours ago
Researchers have since linked dozens of disorders to alterations in mitochondrial DNA and nuclear DNA related to mi… https://t.co/BH7eoSSGvr
8 hours ago
1
A multi-centre study on a cohort of over 31,000 vaccinated healthcare workers of a leading private healthcare firm,… https://t.co/dp1oIzgqwp
9 hours ago
1 2
A third wave of coronavirus infections is likely to hit India by October, and although it could be better controlle… https://t.co/bSCZkfieQV
10 hours ago
1 2
Which of the many study interpretations thrown around about Covishield and Covaxin antibody levels was accurate? .… https://t.co/AuCsbC7SuZ
22 hours ago
Since ecological research is frequently conducted with help from individuals belonging to ‘native communities’, it… https://t.co/pEciv5CPHt
23 hours ago
1 5
How is it that a showcase for health and fitness became so saturated with unhealthy messages? In the context of a… https://t.co/1TDAnHSyww
24 hours ago
3
Despite being integrated into machinery of the human body, mitochondria also carry remnants of their bacterial past… https://t.co/1JApgXljCD
1 day ago
6
The WHO has accepted Bharat Biotech’s Expression of Interest for Covaxin and scheduled a pre-submission meeting on… https://t.co/99vjXZld56
1 day ago
4
Infection fatality rate refers to the fraction of SARS-CoV-2 infections that result in death. If the current data… https://t.co/iRCHvXhVwK
1 day ago
1 4
A small, green smudge has appeared on Google Maps' satellite view off Kochi's shore, and which one person has said… https://t.co/39ll8vr1rD
1 day ago
According to Prasad K. Bhaskaran, an expert on wave ocean dynamics, even with a low greenhouse gas concentration sc… https://t.co/NRsWEwQigu
1 day ago
5
Automated systems trained to recognise cyber attacks will not detect true threats effectively if they process AI-ge… https://t.co/zLddE7OrVg
1 day ago
2
The disappointing efficacy of the shot known as CVnCoV emerged from an interim analysis based on 134 COVID-19 cases… https://t.co/9nynPgFFvB
1 day ago
1 2
A popular example of human irrationality is the gambler’s fallacy. Players believe that if a die hasn’t thrown up… https://t.co/Uau5ISGvfV
1 day ago
1 7
Contact us