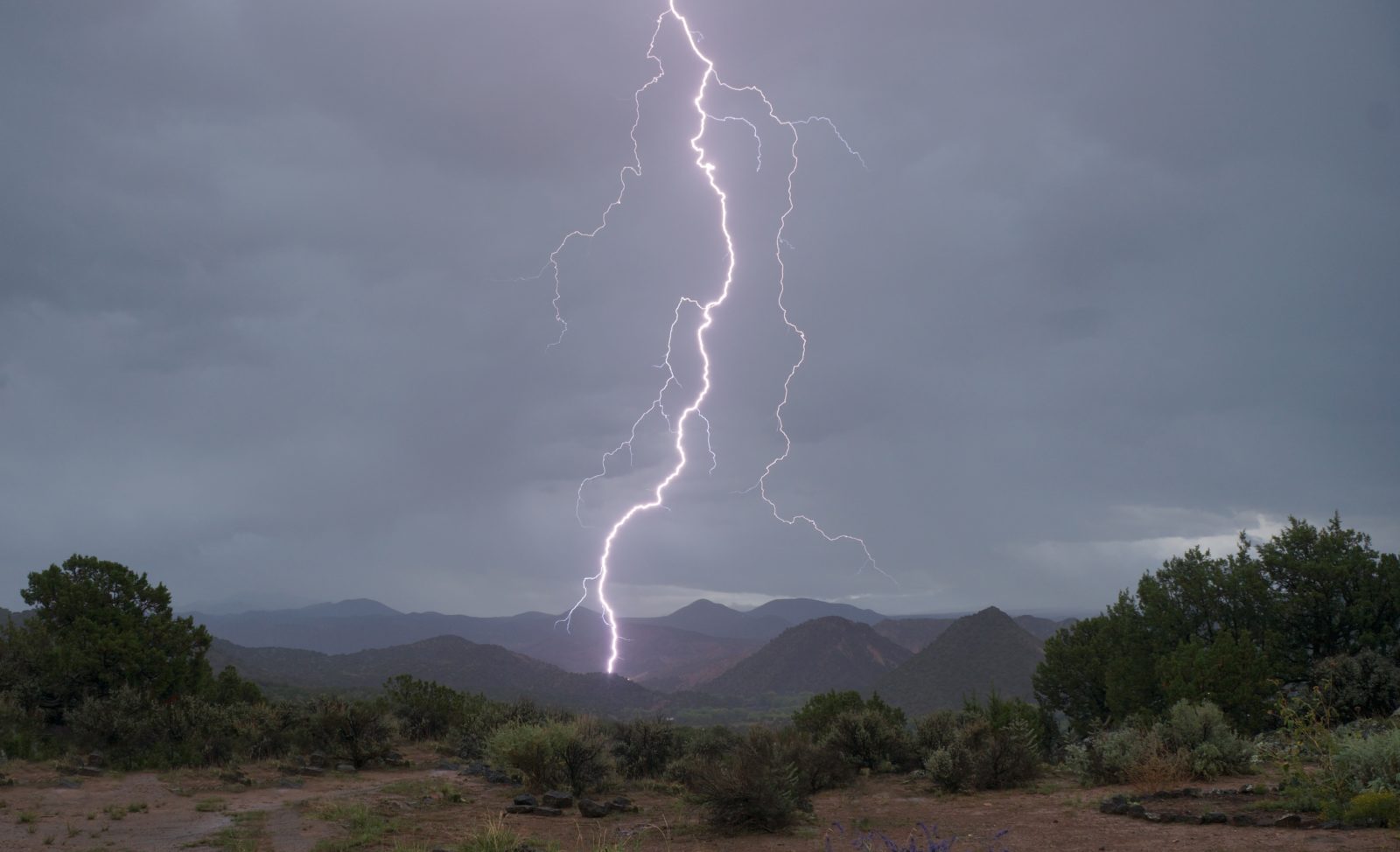 Chandigarh: Lightning strikes killed at least 74 people across Rajasthan, Uttar Pradesh and Madhya Pradesh on July 11, 2021. Of these, 41 were reported from Uttar Pradesh. Allahabad topped the charts among districts with a toll of 16, while 11 tourists lost their lives when lightning struck them at Amer Fort near Jaipur.

According to a report by the National Crime Records Bureau, India reports 2,500 deaths every year that are due to lightning and thunderstorm-related events.

According to the second annual report of the Lightning Resilient India Campaign, some 18.5 million lightning strike were recorded over the country from April 2020 to March 2021 – an increase of 34% from the period of April 2019 to March 2020. A few states in particular reported a very high increase in the number of strikes: Bihar 168%, Haryana 164%, Puducherry 117%, Himachal Pradesh 105% and West Bengal 100%. The 18.5 million strikes killed 1,697 people.

Of late, thunderstorm with lightning has been the most lethal natural disaster in India, killing around 2,000 people every year. A study published in 2015 estimated that between 1979 and 2011, strikes killed 0.25 persons per million population per year in the country. “This is astonishingly low considering most of these deaths are in the rural areas, with low levels of literacy and few buildings with lightning protection,” V. Sasi Kumar, a former scientist at the Centre for Earth Science Studies, Thiruvananthapuram, wrote for The Wire Science last year.

One possible explanation, he continued, “is the low level of reporting, especially from rural areas. The actual fatality rate could possibly be higher in many other parts of India, too, with a good fraction of deaths going unreported.”

Tall objects such as trees and skyscrapers are the most common targets for lightning, as are mountains: their tops are closer to the base of storm clouds.

“Remember, the atmosphere is a good electrical insulator,” G.P. Sharma, a meteorologist with Skymet Weather, told The Wire Science. “The less insulation the lightning has to burn through, the easier it is for it to strike.”

But height alone doesn’t determine the lightning targets. The bigger determinant is “where the charges accumulate,” according to Sharma. “Lightning can strike the ground in an open field even if the tree line is close by.”

Atmospheric conditions are more conducive to the formation of severe thunderstorms during the pre-monsoon season, with some pockets of weather – with fast winds and heavy rain – rendering storms more ferocious.

“Bihar, Jharkhand and Odisha, and the Indo-Gangetic plains of north India including Rajasthan and Uttar Pradesh, and hilly areas in the north and the northeast, are vulnerable to fatal lightning strikes,” Sharma said.

Natural hazards have been wreaking more and more damage around India, and climate change is expected to keep this climbing trend growing. However, scientists also expect thunderstorm and lightning will also become more frequent and more deadly. This is because as Earth’s surface warms, the air above it also warms, becoming able to absorb more moisture, which in turn has been correlated with more lightning.

In 2015, scientists from New York and California reported that if the average global temperature increases by 1º C, the frequency of lightning strikes over the planet is likely to increase by 12%. In March this year, another group of researchers reported that the Arctic1 hosted around 35,000 strikes in 2010 – but over 240,000 in 2020.

(Lightning also accentuates climate change, albeit marginally: strikes produce nitric oxide that then combines with oxygen in the atmosphere to form nitrogen dioxide, and these nitrogen oxides are important ‘indirect’ greenhouse gases.)

In 2021, the southwest monsoon was slow to move into northwest India, allowing the land in these parts to heat up for longer, and more.

“We see the development of more thunderclouds during the pre-monsoon season, which possess great energy,” Mahesh Palawat, Sharma’s colleague at Skymet, said. “There is also a lot of instability in the atmosphere, on account of change of winds and high temperatures.”

Sharma added that the time to look out for strikes is when the “air mass” undergoes certain changes.

“Similar to what we witnessed in the last few days – the entire northwestern plains were going through a changeover, from pre-monsoon season to monsoon,” he explained. “Due to this, the atmosphere was unstable, making the region prone to lightning events.” He said Rajasthan remained susceptible to strikes over the last week (of July 19) as well.

But during the monsoon season itself, Palawat continued, “the atmosphere is quite stable, temperatures drop and convection is lower” – so there are fewer strikes accompanying the rains.

“However, it is quite evident that climate change has resulted in increased lightning incidence.”

Apart from being dangerous to people working in the outdoors, lightning strikes can also prove deadly by triggering forest fires.

“Scientists from the Hemvati Nandan Bahuguna Garhwal University in Srinagar and IIT Kanpur have studied the concentration of cloud condensation nuclei (CCN) in different weather conditions in the central Himalayan region, and found a five-time higher concentration of CCN in the atmosphere during forest fires as during rains,” Kiran Pandey, programme director of the Centre for Science and Environment’s resources unit, said.

“In May 2021, researchers in Australia linked excess CCN to the increased number of lightning strikes during the 2019-2020 Australia forest fires.” Even more recently, the devastating Oregon wildlire raging in the US this month was found to have been set off by a lightning strike.

Another study by scientists at the Indian Institute of Science, Benagluru, and the National Atmospheric Research Laboratory, Tirupati, and under review with the journal Atmospheric Chemistry and Physics, warns that the frequency and intensity of lightning strikes in India are expected to rise by 10-25% and 15-50%, respectively, over the next eight decades.

The study of lightning strikes and our ability to predict their evolution over many years highlights, on the flip side, the fact that India’s governments haven’t done well as institutions to reduce the risk of death by lightning. For starters, there are no national guidelines for mitigating the impact of thunderstorms and lightning strikes to date.

This said, the rising number of fatalities prompted the India Meteorological Department (IMD) to begin issuing lightning forecasts from April 1, 2019. The Lightning India Resilient Campaign, a joint initiative of several bodies including the Climate Resilient Observing-Systems Promotion Council, the NDMA, the IMD and the Union Earth sciences ministry, also aims to reduce the number of deaths due to lightning to less than 1,200 a year by 2022.

The IMD has also issued safety guidelines to follow in the event of an impending lightning storm (reproduced with edits for brevity):