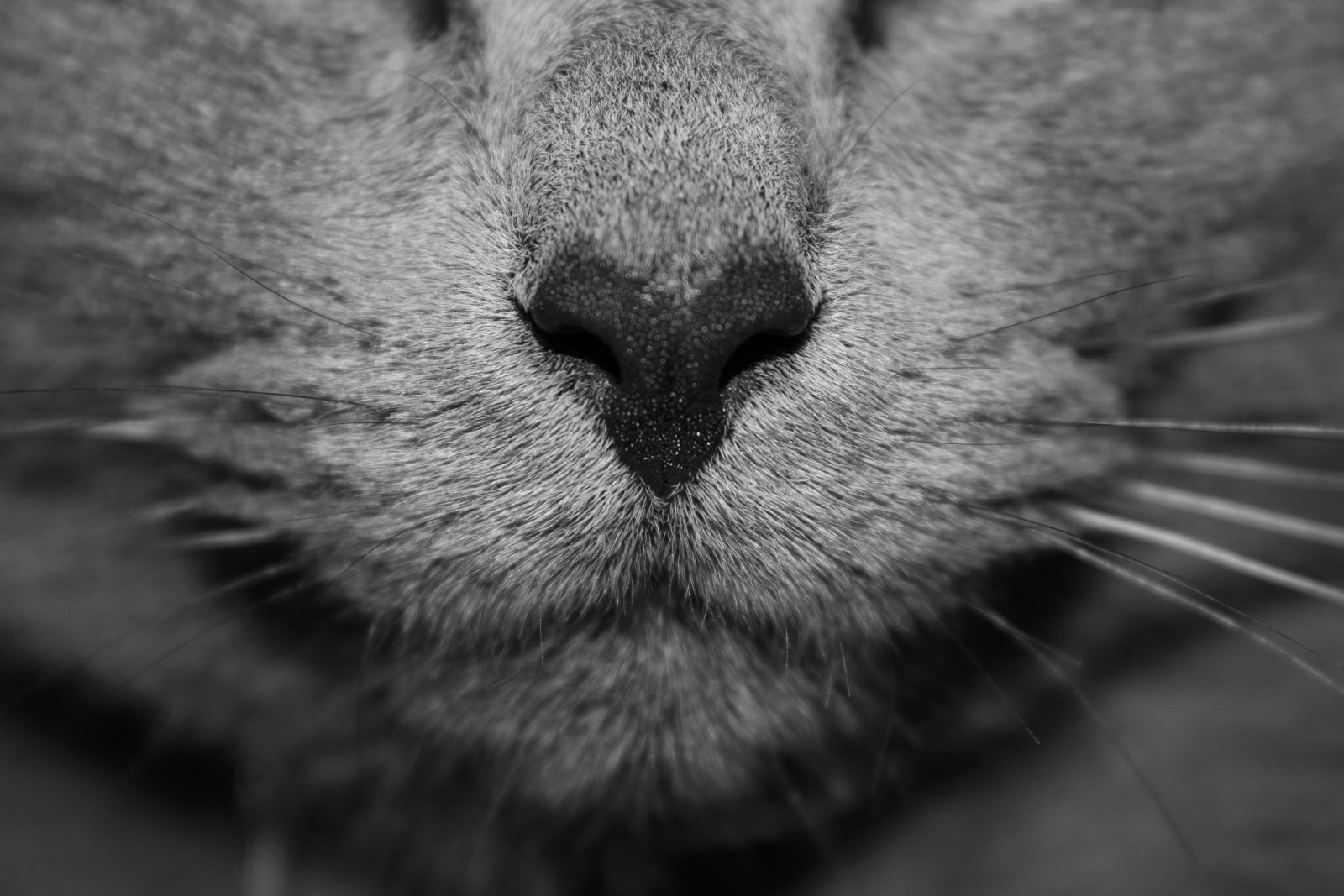 Aggressive Lockdown Gets On, so Where’s the Aggressive Testing, Experts Ask

The coronavirus juggernaut bears on and the pandemic refuses to be tamed or slowed. Its social, economic and clinical complexities keep evolving by the day. We find out incrementally more about the virus every 24 hours, if not sooner. Out of Wuhan, the virus has run amok through Iran, Italy, Spain and – now – the United States. According to data compiled by Johns Hopkins University, the US currently has the world’s largest number of people with COVID-19, upwards of 104,000, while about 1,200 have died, yielding a case fatality ratio of 1.15%.

Globally there are more than 500,000 cases now, of which only a little less than 900 have been from India. On March 25, the Indian government began a nationwide lockdown understood to be the largest of its kind in the world – in terms of the number of people it encompassed – and then a $23 billion economic stimulus plan for the hundreds millions of people affected by it. Mercifully, the number of deaths due to COVID-19 in India have been fewer than in other nations.

We know from the data of 1,099 confirmed patients that the most common symptoms of COVID-19 are fever (44% on admission and 89% during hospitalisation) and cough (68%). The median incubation period is 4 days. Another 99 confirmed patients reported fever (83%), cough (82%) and shortness of breath (31%). A few patients also presented with muscle ache (11%), confusion (9%) sore throat (5%) and even chest pain (2%). Yet another retrospective analysis of 191 severely ill patients found that 94% of them had fever, almost 80% had cough and 15% had muscle pain. An observational study of 36 children published two days ago reports that almost half the children (mean age 8 years) were either asymptomatic or had mild symptoms. Common symptoms at admission were fever (36%) and dry cough (19%).

These details underscore that the most common symptoms of patients with the new coronavirus are fever and cough.

Crucially, no peer reviewed study to date has reported a patient losing the ability to smell or taste. But the world of otolaryngology is today abuzz with the terms ‘anosmia’ and ‘ageusia’. An otolaryngologist is also known as an ‘ear nose and throat’ doctor, or an ENT surgeon for short. And just about all of us have visited an ENT doctor at least once in our lifetimes for symptoms ranging from a sore throat to to an ear ache, especially when we were children. Anosmia is the loss of smell, and hyposmia is the reduced sense of smell. (Smelling things that are not around is phantosmia.) Ageusia is the complete absence of taste while dysgeusia is the decreased ability to taste.

It is important to get these definitions clear because of reports swirling around of a new symptom among coronavirus patients: a loss of smell and even of taste1. Anecdotal reports from many patients across the globe infected with the new coronavirus and suffering from anosmia and ageusia have prompted the American Academy of Otolaryngology and ENT UK to issue alerts to doctors. A detailed joint statement by the presidents of the Rhinological Society and ENT UK also highlighted that there is a rapidly growing number of reports of patients losing their ability to smell without any other symptom ascribed to the new virus.

The UK statement documents anosmia in four patients (all aged under 40 years) as the sole presenting symptom. But because these four patients had no other symptoms, they did not merit testing or self isolation. More importantly, the mention of these four in the statement is a problem because they were not confirmed to have the new coronavirus. The authors of the statement – who are very senior ENT professionals – instead suggested that anosmia should be strongly considered, even if as the only symptom, as a marker for COVID-19 infection.

That is, they suggest that a person without fever, any cough or muscle pain but who develops a sudden loss of smell (without other known causes) should be considered a COVID-19 patient. She should be tested and isolated for seven days at least. Public health officials should also quarantine everyone else the person has come in contact with during the potential infective period for a fortnight. Importantly, the association of anosmia with COVID-19 underscores the importance of personal protection equipment for ENT doctors and surgeons, instead of only for doctors and health workers at intensive care units and in dental clinics, because they are also very much at the frontline.

A not uncommon symptom

However, it is imperative to appreciate that anosmia is not an uncommon symptom in the community. Scientists reviewed more than 5,000 patients who attended a taste and smell clinic for four decades, and reported anosmia in 87% and ageusia – the loss of taste – in 62%. To be sure, the cohort of 5,000 people had already complained of an altered sense of smell or taste, evaluated over 40 years. These people were also suffering from chronic smell and taste dysfunction and were associated with post-influenza-type hyposmia and hypogeusia (27%), idiopathic or unknown causes (16%), allergic rhinitis (15%) and subsequent to head injury (14%). The researchers highlight the fact that the senses of smell and taste are vital for a fulfilling life, even if not in the same league as loss of sight or hearing.

The UK ENT statement also clarified that 40% of anosmia cases are due to viral infections. There are over 200 different viruses that can cause upper respiratory infections, like the common cold. Therefore, it shouldn’t come as a surprise that the new coronavirus can affect smell or taste. This said, the UK ENT experts, based on anecdotal reports from around the world, also warn that people developing sudden anosmia in the absence of other well-known symptoms could be carriers of COVID-19, and should be isolated.

The WHO has thus far not added anosmia or ageusia to its list of symptoms but its experts are mulling over it. The American Academy of Otolaryngology has already attested to the British ENT experts’ assessment, urging that anosmia or ageusia in the absence of allergies, sinusitis or rhinitis should warrant self-isolation and testing. Finally, the American Academy has proposed “that these symptoms be added to the list of screening tools for possible COVID-19 infection.” The WHO’s decision is thus awaited.

There is hope that anosmia could become a marker in asymptomatic carriers but researchers will need to confirm this with more studies. As a prerequisite, we have to start testing as many patients with sudden onset of anosmia or ageusia for the new coronavirus as possible. Patients with only anosmia or only ageusia should be compared to a group of people who don’t have any symptoms.

On a final note, the loss of smell or taste in a COVID-19 patient is not permanent; it usually returns in two weeks. The underlying mechanism is still unclear. The virus affects the cells in the nostrils attached to the olfactory nerve, which carries signals pertaining to the sense of smell. However, the insult is quickly rectified when new cells are created.

The Wire Science@TheWireScience
3 Following 15.1K Followers
“The failure to increase ambition in the updated NDC submitted by Brazil in December 2020 is a missed opportunity a… https://t.co/zJa7fWMfkp
6 hours ago
A team of doctors in Kerala conducted a survey among more than 5,000 healthcare workers in India over a week and fo… https://t.co/UGwSKKloPU
7 hours ago
1
Rivers, as a powerful resource in the fight to adapt to a changing climate, are being overlooked. They have the po… https://t.co/qnL6mZ6Oqj
8 hours ago
1
The prison authorities said in all the three jails put together – Tihar, Mandoli and Rohini – while there were 11 p… https://t.co/nxGzbl4w0s
9 hours ago
3 1
“The Markaz was held in a closed space whereas the Kumbh is being held in the open on the sprawling ghats of the Ga… https://t.co/H4iQmhMG5q
10 hours ago
1
"Not responsible for climate change that is happening”. Environment minister Prakash Javadekar on Wednesday said I… https://t.co/EUkM5hgbbO
11 hours ago
3
The European Union’s top environment official told Brazil on Wednesday that the South American country’s updated cl… https://t.co/ZAPaMX5P2b
12 hours ago
2
India reported a record 200,739 COVID-19 cases over the last 24 hours. The country’s new and dubious record-setti… https://t.co/8BP7zlvbve
12 hours ago
21 24
In the hills of China’s Guizhou province, a natural rock bowl cradles the world’s largest single-dish radio telesco… https://t.co/vPdowxrk03
14 hours ago
1
At the Tihar Central Jail, and Mandoli and Rohini prisons, 190 inmates have tested positive so far, while two have… https://t.co/KojjGkyMYA
15 hours ago
1 1
The deaths count is ...obviously wrong. On April 11, facilities in Bhopal cremated 68 bodies while Indore reporte… https://t.co/SH06BhaBNK
16 hours ago
1 2
By emphasising a technological approach alone, however important it may be, the Paris Agreement ignores the social… https://t.co/gwJQu9DjDh
17 hours ago
2 2
US federal health agencies on Tuesday recommended pausing the use of Johnson & Johnson’s COVID-19 vaccine for at le… https://t.co/1idMZy02Nh
1 day ago
4
"Kumbh is at the bank of the River Ganga. Maa Ganga’s blessings are there in the flow. So, there should be no coron… https://t.co/lBcQwy6890
1 day ago
1 3
As the second wave of COVID-19 ravages many parts of the country, public campaigns in India must highlight the foll… https://t.co/WIcMy1L9Cz
1 day ago
1 2
Contact us