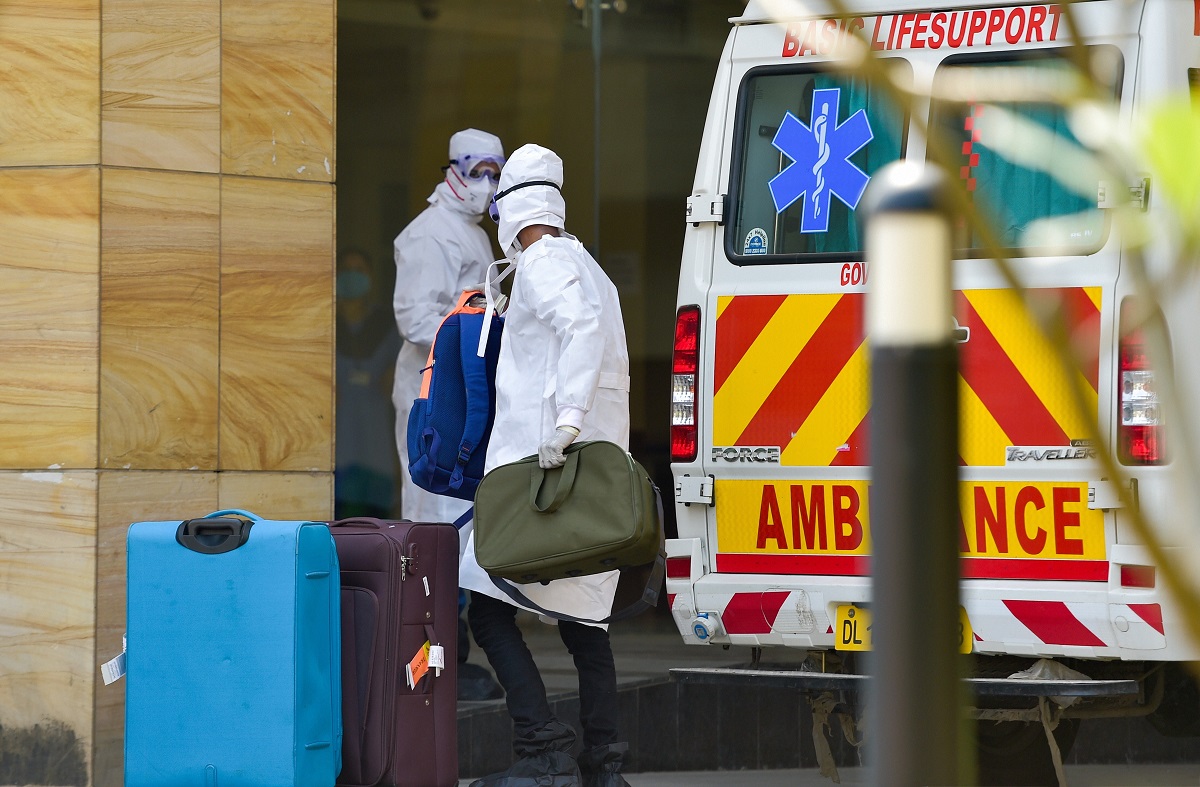 According to the WHO’s latest situation report, as of March 11:

A 76-year-old man who died two days ago in Karnataka while being treated for suspected coronavirus has become India’s first COVID-19 fatality with his samples taken earlier confirming the infection, the state government said on Thursday.

Karnataka health minister B. Sriramulu in a tweet said the necessary contact tracing, isolation and other measures as per protocol were being taken.

The 76 year old man from Kalburgi who passed away & was a suspected #COVID19 patient has been Confirmed for #COVID19. The necessary contact tracing, isolation & other measures as per protocol are being carried out.

The man, who recently returned from Saudi Arabia, had died on Tuesday night.

The Ministry of Health said the patient had severe co-morbidities such as history of hypertension, diabetes and asthma and appendicitis.

Death of a 76 year old male from #Karnataka is confirmed to be caused due to co-morbidity and he has also tested positive for #COVID19.

The details are here: pic.twitter.com/6Vou8iVOo9

The Delhi government on Thursday declared coronavirus an epidemic and announced that all schools, colleges and cinema halls in the national capital will remain shut till March 31.

He said disinfecting all public places, including government and private offices and shopping malls has been made compulsory. The national capital has so far recorded six cases of coronavirus.

China suspends foreign expeditions on north side of Everest

China has suspended foreign expeditions on the north side of Mount Everest in Tibet during the spring climbing season of 2020 due to the coronavirus that has spread to more than 100 countries and region.

The Tibet Mountaineering Association (TMA) announced on Thursday that while China has made great progress in containing the coronavirus disease, its rapid global spread still brings uncertainty and danger.

If a climber were infected, the high altitude and rough terrain on Mt Everest knowns as Mt Qomolangma in Tibetan languages would make it difficult to provide appropriate treatment.

Foreign players out of IPL for now