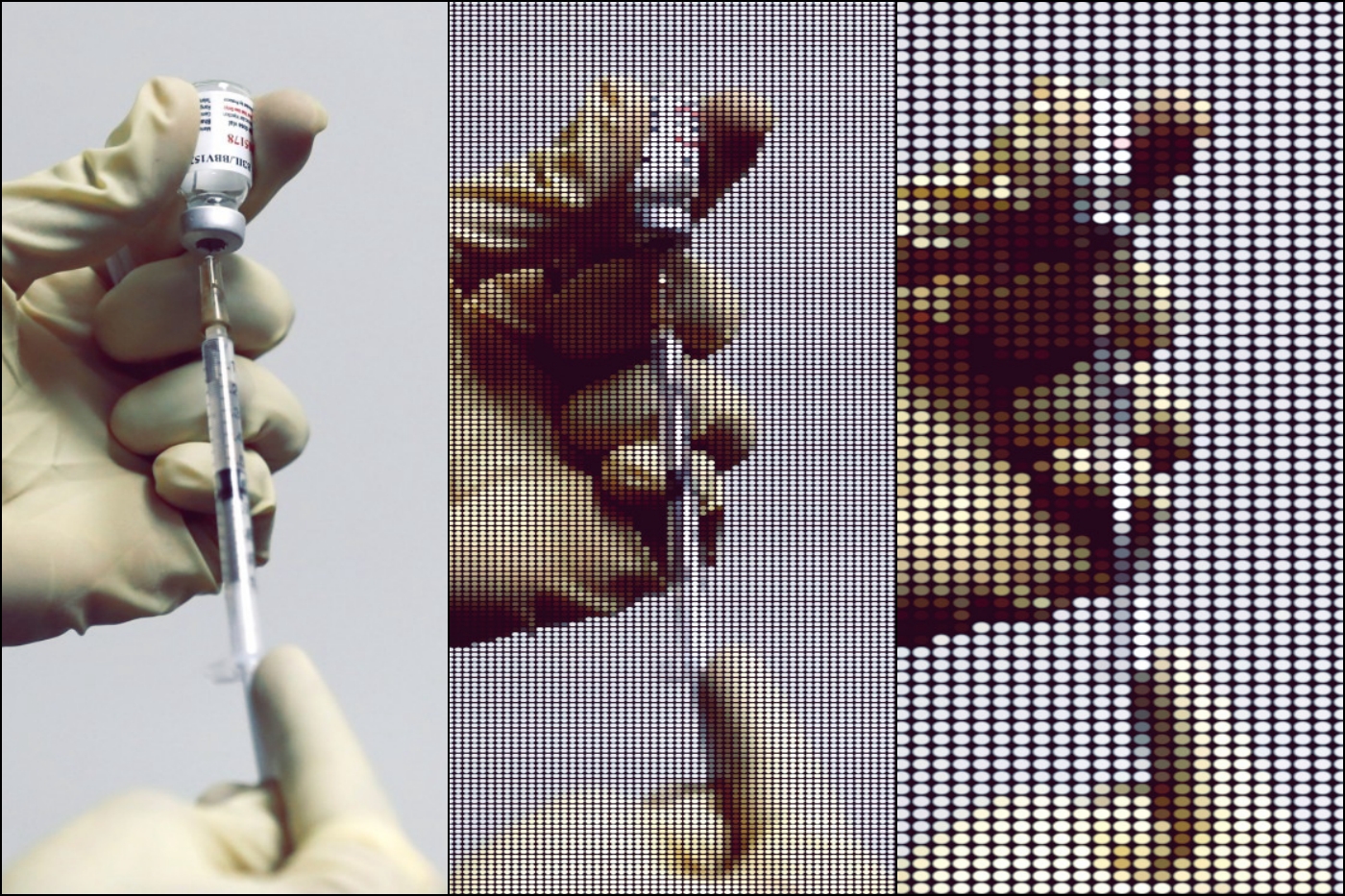 A medic fills a syringe with Covaxin in Ahmedabad, November 2020. Remixed by The Wire Science. Photo: Reuters/Amit Dave

New Delhi: On a glittering November 23 evening at the India International Centre, the who’s who of the Indian Council of Medical Research (ICMR), the Union health ministry and other top officials involved in India’s COVID-19 response gathered to celebrate the “success story” of the joint development of Covaxin – by ICMR and Hyderabad-based Bharat Biotech.

The occasion was the launch of a book – Going Viral – Making of Covaxin: The Inside Story, authored by incumbent ICMR chief Balram Bhargava. The mood in the room was very celebratory, even as Times Now’s Navika Kumar, the anchor of the panel discussion, said not once but twice that the “media is ready to be beaten up” for the questions (a section of) it has posed about India’s pandemic ups and downs since early 2020.

However, one question remained unanswered – and conspicuously so.

Hours before this two-hour-long event, The Lancet Infectious Diseases journal had shared early access to the paper and press release pertaining to the first study of Covaxin’s real-world effectiveness, with this correspondent among others. (This was part of the journal’s regular outreach system.)

The study that the paper described had found that Covaxin was 50% effective against symptomatic COVID-19. This is a drop of 27.8 percentage points from its efficacy in the phase 3 clinical trial.

The Wire Science approached Bharat Biotech cofounder Krishna Ella on the sidelines of the Going Viral launch event for his comment on the study. However, Ella said he wasn’t aware of the study and parried the question to Bhargava. The ICMR chief, who was busy signing author copies, said he wasn’t aware of such a study either. He also refused to respond to additional questions.

Bharat Biotech executive director Krishna Mohan responded similarly – that he didn’t know about the paper and that he wasn’t authorised to speak to the press.

The study was conducted by 27 doctors from various departments of the All India Institute of Medical Sciences (AIIMS), New Delhi, including the director, Randeep Guleria. Their findings were based on the participation of 2,714 members of the staff of the same facility, observed from April 15 to May 15 this year.

That Covaxin’s effectiveness is lower than its efficacy is not unusual. The effectiveness of two other major COVID-19 vaccines, manufactured by Pfizer and AstraZeneca, are also lower than their respective efficacies. However, the difference between these figures is an order of magnitude higher in the case of Covaxin.

There are some caveats to such a comparison. First, these vaccines use different platforms. Covaxin is an inactivated virus vaccine; AstraZeneca is a viral vector vaccine and Pfizer is an mRNA vaccine. So immunologically speaking, a head-to-head comparison can only be approximate. Second, they were all developed before the delta variant emerged.

Nonetheless, the comparison illustrates an important difference between using vaccines in trials and in the real-world, and that in Covaxin’s case, the difference could be construed to be big.

“A drop was expected in effectiveness but not this much,” he told The Wire Science. “However, since Covaxin has contributed close to only 12% in India’s mass vaccination programme against COVID-19, it shouldn’t be much of a worry from that standpoint.”

According to the authors of the paper, i.e. the 27 doctors at AIIMS Delhi, one reason Covaxin’s effectiveness is so low could be that they conducted their study from April to May – a time when India’s devastating second COVID-19 outbreak was underway, driven among other forces by the delta variant.

However, Jameel said many other effectiveness studies had been conducted when rises in their respective geographies had started to rise again – including that by Public Health England in the UK.

“The other important thing is mRNA vaccines, compared to inactivated vaccines, produce a much better T-cell response besides the antibody response,” he added – and clarified that this feature isn’t particular to Covaxin but is common to most instances of the inactivated virus vaccine platform.

The human body’s antibody response works to prevent viruses from invading and infecting cells. The T-cell response kicks in if an infection has begun.

A blindspot, and beyond

The immunity conferred by the vaccine (as with other vaccines) could wane over time. So independent experts told The Wire Science that the study will have to be repeated with the same set of participants to fully understand Covaxin’s long-term effectiveness.

For example, one study done in California, and published on October 16, attempted to understand the effectiveness of the Pfizer vaccine in the US six months after the start of the vaccination drive. It concluded that the vaccine’s effectiveness against symptomatic COVID-19 caused by the delta variant was 88% after the first month – and dropped sharply to 45% after five months in the same cohort.

Apart from highlighting a potential source of concern with Covaxin’s effectiveness, the study itself has one blindspot: it doesn’t discuss effectiveness against hospitalisation and death. The vaccine’s primary purpose is to prevent hospitalisations and death; preventing infection itself was and still is the secondary outcome.

“Although [Covaxin] might not be as effective against symptomatic infection by the delta variant as it was against the wild type” – against which the vaccine was developed – “a more useful outcome of vaccination is the protection against moderate and severe COVID-19,” an independent commentary commissioned by The Lancet and published along with the paper says.

‘Moderate to severe’ COVID-19 refers to the version of the disease that requires patients to be hospitalised and renders them in need of intensive medical care, and thus stresses the healthcare system. “Vaccination has been shown to protect against hospitalisation and death, even during the delta surge,” the commentary continues. “This study does not provide evidence in this regard.”

This doesn’t mean, however that the study’s design was flawed. What is lacking is data due to this effect, in the paper. Whether the data was collected but subsequently not presented is not clear.

The California study of the Pfizer shot did examine this aspect – concluding that the shot’s effectiveness against hospitalisation for COVID-19 caused by the delta variant was as high as 93%, among all age groups. This is a considerable level of protection.

Jameel said that if and when such a study is conducted for Covaxin, he expects the data of effectiveness against infection will be better than the current 50%.

Finally, while the vaccines may be less efficacious in the real-world than they have been in their clinical trials, experts added, vaccines remain the best way for humankind to exit the COVID-19 pandemic.

Note: This article was updated at 7:52 pm on November 24 to remove a reference to the immune correlates of protection, and at 11:21 am on November 27, 2021, to clarify a point about the study’s design.