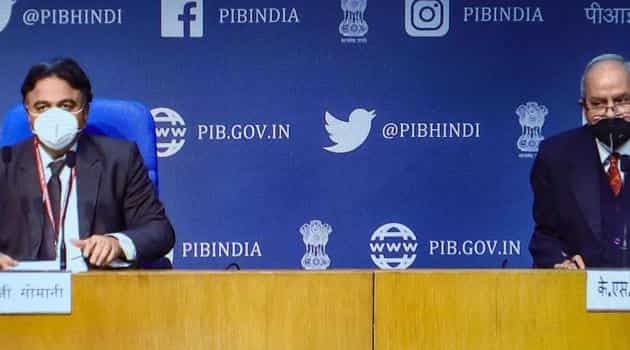 Drugs controller general of India V G Somani during a press conference in January to announce  restricted emergency use for Covaxin. Photo: PTI

New Delhi: The Centre on Thursday said Bharat Biotech’s indigenously developed Covaxin is out of the “clinical trial mode” and that it has now been granted the regular restricted emergency use authorisation just like Covishield manufactured by Serum Institute.

“The condition of it (Covaxin) being required to be administered under clinical trial mode is no more there,” Paul said.

“Both the COVID-19 vaccines Covaxin and Covishield have the same licensure status. It is already being given to around 19 lakh people. Covaxin has stood the test of time in terms of great safety. Only 311 individuals had minimal side effects. It is the triumph for India’s research and development enterprise and science and technology enterprise,” he said.

India’s drug regulator on January 3 had granted permission for the restricted use of Covaxin in emergency situations in the public interest as an abundant precaution, in clinical trial mode, especially in case of infection by mutant strains.

The subject expert panel on COVID-19 of the Central Drugs Standard Control Organisation had recommended granting emergency use authorisation to Bharat Biotech’s indigenously developed Covaxin while removing the condition for the vaccine to be administered in “clinical trial mode”.

“However, you are required to continue ongoing phase-3 clinical trial as per approved clinical trial protocol and submit revised summary of product characteristics, prescribing information and fact sheet,” it said.

Replying to a question whether the government has a timeline in mind for phase 3 vaccination drive and who gets included in that, Paul said, “We are now focused on the relatively large group of individuals above the age of 60 as well as those aged 45-60 with comorbidities. We are building a momentum to cover this significantly large group.”

“We will see progress and moving forward, yes, further increase in the circle of those who are eligible will be considered,” Paul said.