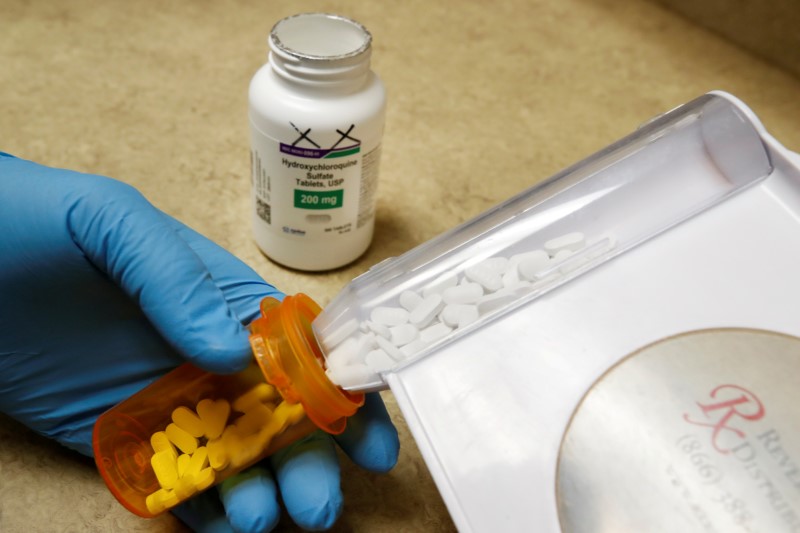 How Easily COVID-19 Could Spread When People Sing Together

The drug hydroxychloroquine is displayed by a pharmacist in the US. Photo: Reuters/George Frey

New Delhi: The Centre has informed the Rajya Sabha that it does not maintain data on the usage pattern of the anti-viral drug hydroxychloroquine (HCQ) among health workers and frontline COVID-19 workers.

The drug, which was touted initially as a possible treatment to COVID-19 and was pushed by US President Donald Trump, has been recommended by the Indian Council for Medical Research (ICMR) as a preventative measure for frontline workers. The body’s decision to recommend the drug despite scant evidence that it works or a preventative – or indeed a complete understanding of its possible adverse side effects – came under intense scrutiny.

In response to a question by Rajya Sabha MP Ranjan Bhunia (Trinamool Congress), the Centre said it has re-purposed HCR for treatment of mild (but high-risk cases) of the viral disease. “However, the drug is not recommended for severe cases and those with pre-existing cardiac disease,” the response by the minister of state for health Ashwini Kumar Choubey reads.

The minister also added that the Union health ministry does not maintain data on using patterns of HCQ by doctors, nurses, health workers and other frontline workers involved in the management of COVID-19. This admission is likely to raise even more questions about the ICMR’s recommendations.

The response adds that HCQ has demonstrated “in vitro activity against SARS-CoV2 [the virus that causes COVID-19] and was shown to be clinically beneficial in several “small single center studies”, but with “significant limitations”.

The in vitro activity was also referred to by the ICMR in a revised advisory issued on May 22 expanding the use of HCQ from healthcare workers who are treating COVID-19 patients to all healthcare workers and also surveillance workers and frontline workers such as police officers. The advisory said, “In-vitro testing of HCQ for antiviral efficacy showed reduction of infectivity /log reduction in viral RNA copy of SARs-CoV2”.

The advisory cited three indigenous studies which showed that healthcare workers who take HCQ are less likely to contract COVID-19 as justification for the expansion. None of these studies were randomised clinical trials, the gold standard for clinical studies.

Also Read: Does a Pandemic Justify Using Hydroxychloroquine to Beat the Coronavirus?

Choubey’s response in the Rajya Sabha came with another caveat. “Nonetheless, other observational studies with severe methodological limitations have shown no effect on mortality or other clinically meaningful outcomes,” he added.

Since the drug was first suggested as a preventative or possible treatment to COVID-19, it has been subjected to a flurry of trials and tests, most of which have limitations.

After several flip flops, the World Health Organisation decided in early July to discontinue HCQ trials. “These interim trial results show that hydroxychloroquine and lopinavir/ritonavir produce little or no reduction in the mortality of hospitalised COVID-19 patients when compared to standard of care. Solidarity trial investigators will interrupt the trials with immediate effect,” it said in a statement.

“This drug has been used widely in India for other ailments where it is used for prolonged periods of time, with good safety profile,” Choubey’s response adds, in what is probably a reference to HCQ’s use to treat diseases such as rheumatoid arthritis and systemic lupus erythematosus.

However, as health journalist Priyanka Pulla pointed out in an article for The Wire Science, doctors understand the adverse side effects of HCQ when administered to patients of lupus and rheumatoid arthritis. In the case of COVID-19 patients – or healthworkers treating them – that is not the case. Pulla reported extensively on the use of HCQ for The Wire Science, following which the ICMR on May 4, 2020, registered a hydroxychloroquine trial for its use as a prophylactic drug on the Clinical Trial Registry of India.

Choubey also informed the Rajya Sabha that India has so far exported HCQ to more than 140 countries.