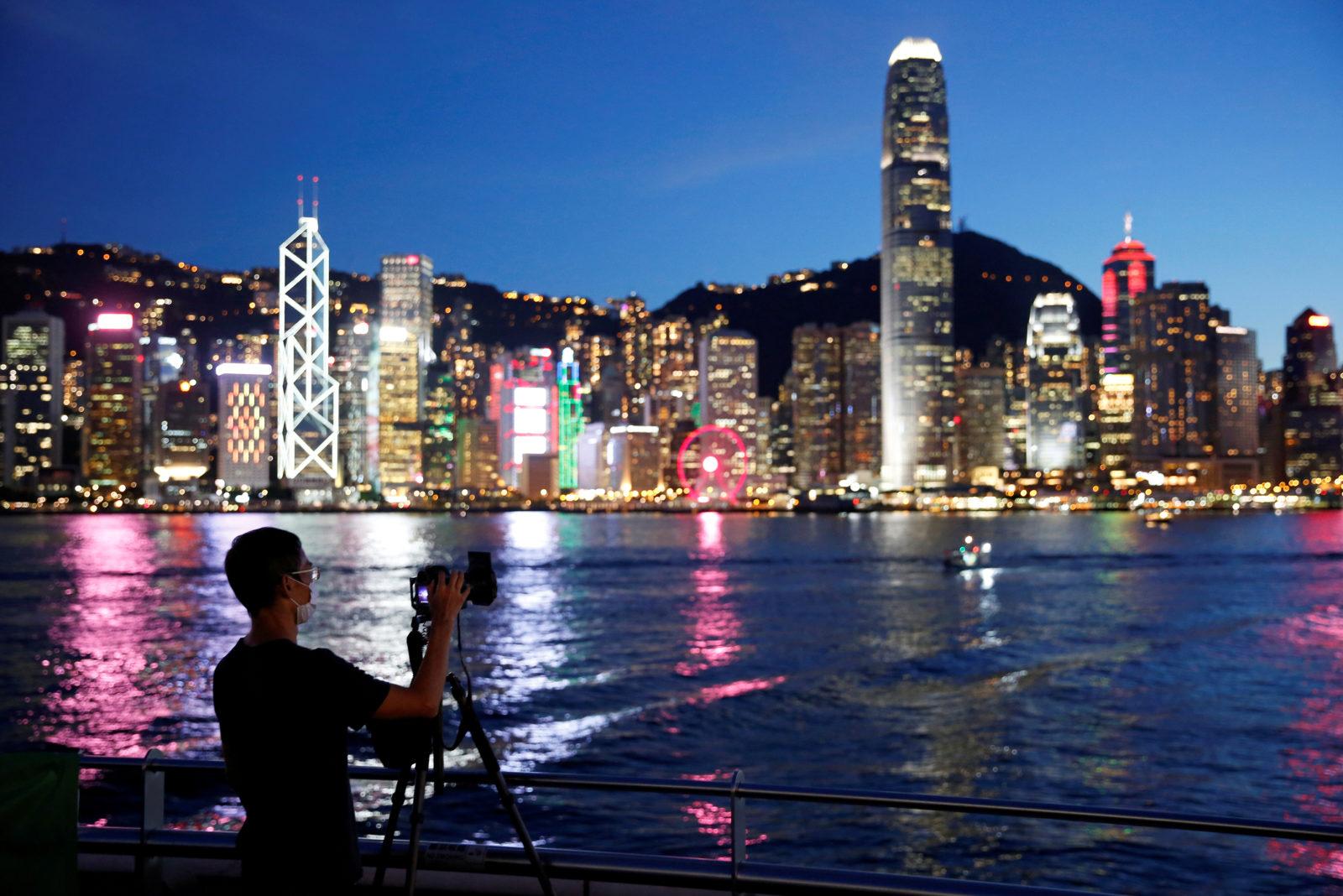 The Destructive ‘Greening’ of the Thar Desert

A man wearing a protective face mask takes a photo of the sunset at a waterfront as skyline buildings stand across Victoria Harbor following the COVID-19 outbreak in Hong Kong, July 2020. Photo: Reuters/Tyrone Siu/File Photo.

Hong Kong: A Hong Kong man who recovered from COVID-19 was infected again four-and-a-half months later in the first documented instance of human re-infection, researchers at the University of Hong Kong said on Monday.

The findings indicate the disease, which has killed more than 800,000 people worldwide, may continue to spread amongst the global population despite herd immunity, they said.

The 33-year-old male was cleared of COVID-19 and discharged from a hospital in April, but tested positive again after returning from Spain via Britain on August 15.

The patient had appeared to be previously healthy, researchers said in the paper, which was accepted by the international medical journal Clinical Infectious Diseases.

He was found to have contracted a different coronavirus strain from the one he had previously contracted and remained asymptomatic for the second infection.

“The finding does not mean taking vaccines will be useless,” Dr Kai-Wang To, one of the leading authors of the paper, told Reuters.

“Immunity induced by vaccination can be different from those induced by natural infection,” To said. “[We] will need to wait for the results of the vaccine trials to see if how effective vaccines are.”

World Health Organisation (WHO) epidemiologist Maria Van Kerkhove said on Monday that there was no need to jump to any conclusions in response to the Hong Kong case.

Instances of people discharged from hospitals and testing positive again for COVID-19 infection have been reported in mainland China. However, in those cases it was not clear whether they had contracted the virus again after full recovery – as happened to the Hong Kong patient – or still had the virus in their body from the initial infection.

The preliminary number of patients in China who tested positive again once being discharged from hospital was 5%-15%, Wang Guiqiang, an infectious disease specialist in China’s expert group for COVID-19 treatment, said during a press briefing in May.

One explanation was that the virus still existed in the lungs of patients but was not detected in samples taken from upper parts of the respiratory tract, he said. Other possible causes were low sensitivity of tests and weak immunity that could lead to persistent positive results, he added.

Jeffrey Barrett, an expert and consultant with the COVID-19 Genome Project at Britain’s Wellcome Sanger Institute, said in emailed comments to Reuters that it was very hard to make any strong inference from a single observation.

“Given the number of global infections to date, seeing one case of re-infection is not that surprising even if it is a very rare occurrence,” he said.

(Reporting by Farah Master in Hong Kong, Roxanne Liu in Beijing and Kate Kelland in London; Editing by Alex Richardson)