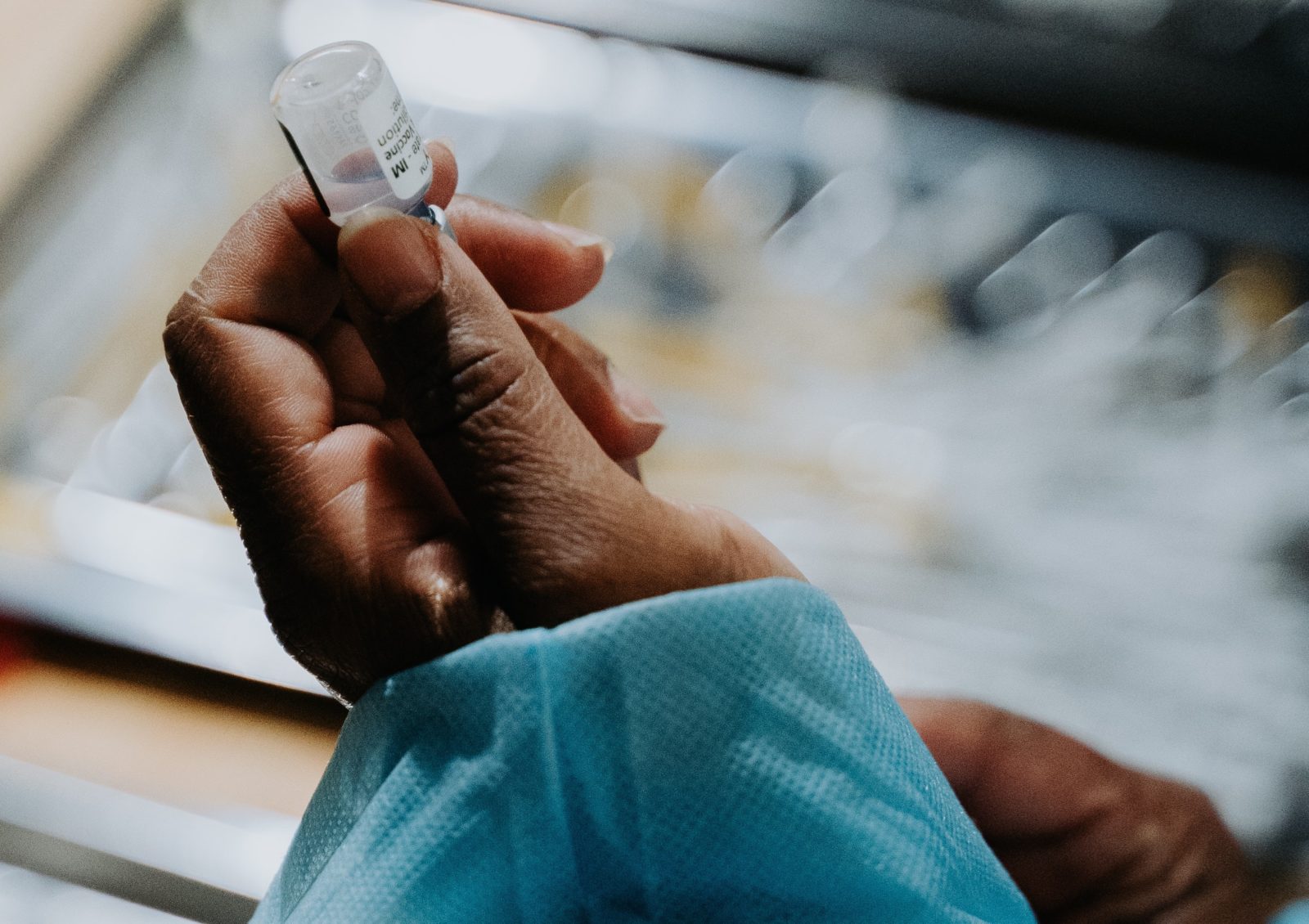 New Delhi: A dubious saga of India’s vaccine and drug regulation establishment began in 2020, when, in response to the rise of the COVID-19 pandemic, it approved a slew of drugs and medicines that had no scientific evidence to back up their manufacturers’ claims.

It continued into 2021, in the more dangerous realm of vaccines, because they’re given to healthy people. The first was Covaxin (The Wire Science’s coverage of which has earned it a defamation suit), followed some months later by ZyCoV-D. And now, the establishment has continued the saga with its approval for a COVID-19 vaccine called Corbevax.

India is the only country in the world to have approved Corbevax. Yet even two months after the nod, there has been no preprint or peer-reviewed paper in any journal about it.

The Drug Controller General of India (DCGI) approved this vaccine for adults on December 28, 2021, and for adolescents aged 12-18 years on February 21, 2022. The DCGI hasn’t presented any data about Corbevax either, for both age groups.

Approval by the DCGI does not mean the vaccine will become part of the country’s anti-COVID drive. For that, it has to have the blessings of the National Technical Advisory Group on Immunisation (NTAGI).

“The NTAGI has yet not seen the data on children [for Corbevax],” a member of the body told The Wire Science on condition of anonymity (since they didn’t have clearance to speak to the press). “We are expecting to get a glimpse next week.”

The Wire Science also asked NTAGI chief N.K. Arora on February 28 if the body had data about Corbevax for its consideration. He said he would be able to speak about it the next day. On March 1, however, he didn’t respond to multiple requests for comment.

Arora had also told the ANI news agency a fortnight ago that the vaccine was “safe” and induced higher antibody levels than those by Covishield and other shots. But he hadn’t referred to any data then.

In a press conference on January 6, 2022, NEGVAC chief Vinod K. Paul had told the media that data will soon be available in the public domain. That hasn’t happened. He also said India might consider exporting Corbevax. But since no other country has approved it, it’s not clear who will want to buy it from India.

So the questions stand: Where is the data for Corbevax? Why isn’t it in the public domain? And how was the vaccine approved before there have been scientific papers on the vaccine’s safety and efficacy?

After the NTAGI’s approval, the final okay rests with the National Expert Group on Vaccine Administration for COVID-19 (NEGVAC), before Corbevax can become part of India’s COVID-19 vaccination drive.

Now, the NTAGI has already met to review Corbevax and its potential use in different age groups, although it hasn’t made a final decision. At the same time, without waiting for the NTAGI’s decision, the Centre has placed an order for 5 crore Corbevax doses. According to recent reports, West Bengal and Tamil Nadu have received at least 4 lakh doses each to inoculate those aged 12-18 years. At least the former is reportedly awaiting final instructions from the Centre – particularly from the NEGVAC.

Corbevax was originally developed by the Texas Children’s Hospital – Centre for Vaccine Development and the Baylor College of Medicine in Houston. Hyderabad-based Biological E is manufacturing it under licence in India.

Peter J. Hotez, a professor at the Baylor College of Medicine and a co-developer of Corbevax, said only Biological E could say anything about publishing a paper.

“We developed the prototype vaccine and then licensed it and helped in the co-development, with no patent or strings attached,” Hotez wrote in an email to The Wire Science on February 15. “But ultimately Biological E owns the vaccine; they produce it at industrial scale.”

According to Hotez, Biological E must work out “the clinical development plan and data dissemination with the Indian regulators, the Indian government and the WHO.” He added, “I think they will publish it soon.”

Biological E spokesperson K. Vijay Amruth Raj told The Wire Science on February 28 that the work on a paper is underway, but refused to divulge any timelines or other details.

The noted virologist Gangadeep Kang told The Wire Science she had seen the data on Corbevax for adults, by virtue of her presence on various vaccine committees. “It looks good,” she said.

This data, however, is immunogenicity data – not efficacy data. Immunogenicity is a measure of a vaccine’s ability to induce the production of antibodies. Efficacy data, on the other hand, pertains to the strength of the immune response induced. And immunogenicity trials are typically much smaller than efficacy trials.

The Corbevax phase 3 trial that Biological E has registered on India’s Clinical Trial Registry says the aim is to assess immunogenicity. Why?

“It is not easy to conduct an efficacy trial in the present set of circumstances, when the prevalence of disease has gone down,” Kang told The Wire Science. “It was possible in the case of  COVID-19 vaccines that were developed in the earlier phase of the pandemic, but it isn’t the case now.”

An efficacy trial usually involves many thousands of participants. They are screened to fit many conditions, including that they shouldn’t have had COVID-19 at the time of recruitment, nor have been vaccinated1.They are then classified into two groups: one will receive the vaccine and the other will receive a placebo (a false vaccine). After sufficient time has passed, the two groups are compared on the following parameters:

Using these figures, the trial investigators estimate the vaccine’s efficacy.

The more people who get COVID-19 during the trial, the easier it will be for the investigators to estimate the shot’s efficacy. (For example, the Covaxin phase 3 trial enrolled 25,800 participants and its efficacy estimate was based on just 136 COVID-19 cases in the trial.) This is why a low disease prevalence in the population could weaken the trial’s ability to produce meaningful data.

Biological E had also announced last month that it would be applying for an ‘emergency use listing’ (EUL) at the WHO. The WHO has thus far approved 10 COVID-19 vaccines. The body’s prevailing criteria say a vaccine will be considered for an EUL only if it’s at least 50% efficacious. It’s not clear how the WHO is going to evaluate Corbevax in the absence of efficacy data, however.

Multiple emails from The Wire Science to the WHO didn’t elicit a response.

For now, Biological E has uploaded a ‘package insert‘ for Corbevax on its website. A package insert includes information about the vaccine’s general characteristics. And it provides a glimpse of Corbevax’s hard-to-find data.

According to the insert, “Majority of adverse events are mild to moderate in intensity and no severe AEs [adverse events] were reported”. It also refers to a superiority trial in which Corbevax and Covishield were compared over the volumes of antibodies they induced against the ‘original’ and the delta variants of the novel coronavirus.

“In phase III superiority study conducted on 2,140 subjects aged 18-80 years to prove the immunogenic superiority and safety, Corbevax demonstrated superior immune response in comparison to Covishield when assessed for neutralising antibodies titres against the Wuhan and Delta variants in terms of geometric mean titres,” the insert said.

Kang and Reddy said they saw the role of Corbevax as a booster dose in India’s vaccination drive, should the country allow mix-and-match boosting.

Reddy pointed out that against the omicron variant, vaccines induced lower levels of neutralising antibodies, which are responsible for the body’s humoral immunity. The body’s cellular immunity, conferred by T-cells, held up however.

“The problem is most of the existing vaccines target the spike protein of the virus,” Reddy said, referring to the part of the virus whose genes have mutated the most.

Kang said she was interested in how Corbevax performs as a booster in the Indian population, which has received either Covaxin or Covishield for its primary doses.

For adolescents, however, she said that the advantage of COVID-19 vaccines in general remained “marginal”. But if Corbevax’s data was good enough and Biological E was able to produce sufficient quantities of it, it could be administered to adolescents if a new variant of the novel coronavirus presented itself.

It all comes down to the data.