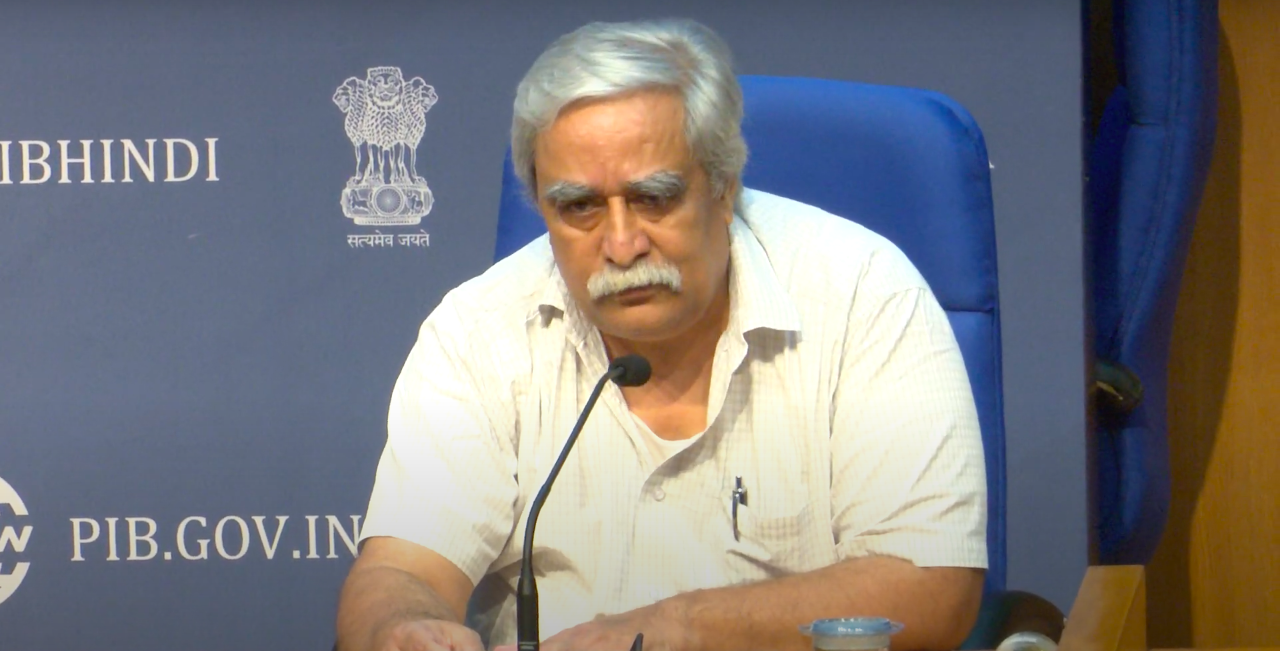 Generic Version of Remdesivir to Be Launched in India at Rs 4,800 per 100 mg Vial

“There is no biological reason to support the health minister’s claim that the virus is less virulent in India.” “Mortality rates depend on age-group composition and inter-country comparisons are meaningless.” “Eventually all countries will have a recovery rate close to 99%.” “Vaccine controversy will not have long-lasting impact and won’t affect ICMR’s credibility completely.”

These are just some of the things Raman R. Gangakhedkar, who retired as the chief of epidemiology at the Indian Council of Medical Research (ICMR) on June 30, said in his first interview since.

In the interview, he discussed India’s COVID-19 crisis in depth. Gangakhedkar has refuted the health minister Harsh Vardhan’s claim on May 23 that the novel coronavirus is “not that virulent” in India. According to Gangakhedkar, there is “no biological reason to say ‘less virulent'”, nor that there was any “robust evidence” anywhere in the world suggesting there are markedly different strains of the virus at play.

In an interview to Karan Thapar for The Wire, Gangakhedkar also discussed two claims Prime Minister Narendra Modi has often brandished to claim India is doing better than other countries.

On the mortality rate – he agreed with points made to The Wire by Prof Ashish Jha, that you can’t compare inter-country mortality rates because they don’t account for the different demographics of each country. However, he also said the mortality rate calculations are not unreliable either.

And just as he agreed with Prof Jha, he didn’t disagree with Raman Laxminarayan’s prediction – that India could have 200 million cases by September – either. According to Gangakhedkar, such projections depend on disease dynamics at that time, a slew of assumptions about socio-economic conditions and more recent interventions like lockdowns and drugs approved for use. “All possibilities exist,” he said. “I won’t say no to any possibility but these are highly speculative.”

Speaking about the recent issue of ICMR director general Balram Bhargava’s letter stating that India will “launch a vaccine for public health use by 15 August after completion of all clinical trials”, Gangakhedkar said the ensuing controversy wouldn’t “affect [ICMR’s] credibility completely” – admitting tacitly that the letter was a credibility-affecting entity at least in part.

“It’s easy to talk like this but ICMR credibility is not so fickle,” he said. “ICMR won’t go down as a bad organisation because of one small issue. Its long term credibility will not be affected.”

He also admitted there could be pockets in Delhi and Mumbai where community transmission could already be underway – contrary to ICMR’s and the government official position that India’s epidemic still hasn’t entered this stage. However, Gangakhedkar also said he would prefer to call it ‘localised transmission’, although the response strategy wouldn’t change.

But when challenged with categorical statements to the contrary from leading epidemiologists like Jayaprakash Muliyil and T. Jacob John in India and Sunetra Gupta and Ashish Jha in the UK Britain and the US, Gangakhedkar said “differences of opinion are common in science.”

However, he admitted that “everyone would be worried” by the possibility that the millions of migrant workers who have returned to their villages could carry the infection and create surges in rural India, even though lockdowns in rural areas were more effective than in urban ones. According to him, many villagers had made “make-shift isolation huts” to protect themselves from returning migrants.

Finally, when asked why he wished to retire in the middle of a pandemic, he said ICMR “wanted to keep” him but he wanted to go back to his family. He said ICMR had given him a professorial chair, which means he is now Prof Gangakhedkar, and that he remains in touch with the organisation.

The whole interview lasted for 60 minutes and spanned various other topics, including India’s peak, rising case load, quarantining strategies, stigma associated with the disease, issues with community care centres, results of ICMR’s controversial serological survey, the virus’s actual spread in the country, among others.