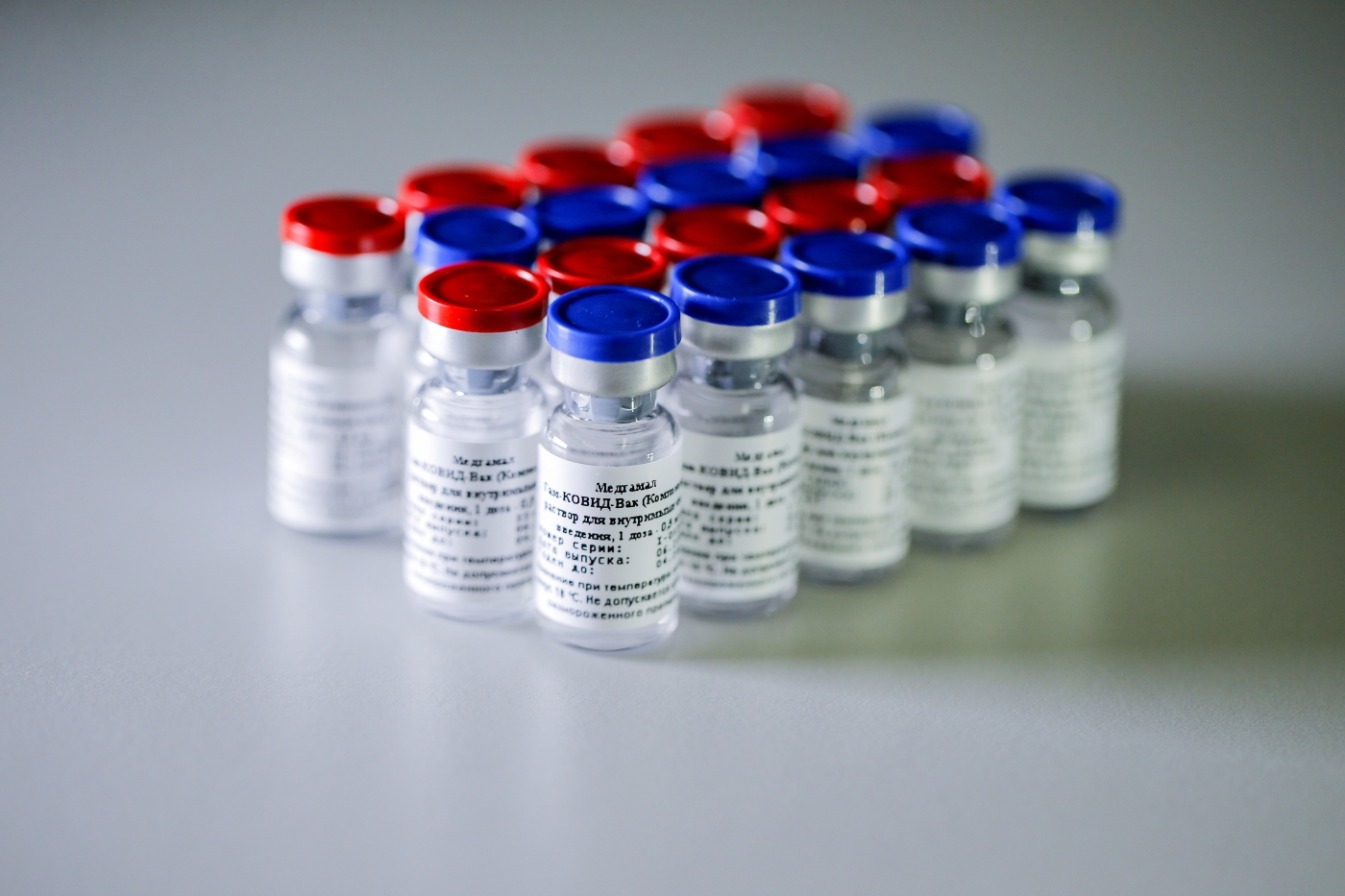 Explained: Why Aerosol Transmission of COVID-19 Needs Our Attention

A handout photo from the Russian Direct Investment Fund shows samples of a vaccine against COVID-19, in Moscow, August 6, 2020. Photo: RDIF/Handout via Reuters.

When Russia registered the world’s first COVID-19 vaccine, dubbed Sputnik V, on August 11, it was promising news for many who were desperate for a way to prevent a COVID-19 infection.

However, the excitement didn’t last long when experts around the world began questioning claims surrounding the vaccine – the fact that Sputnik V hasn’t been tested in phase III clinical trials. The lack of proper data pertaining to phase I and II trials only deepened the skepticism, and called into question its safety and efficacy.

How does Sputnik V work?

Traditional vaccines are either ‘live’ or ‘inactivated’. Live vaccines contain whole virus particles whose virulence has been reduced in laboratory conditions. Inactivated vaccines contain only that part of the virus required for replication.

Sputnik V is one such vaccine, and uses viral vectors. Viral vectors are genetically engineered organisms that carry a gene of interest into the human body. For Sputnik V, an adenovirus acts as the vehicle delivering a gene belonging to the SARS-CoV-2 virus. The vector does not integrate itself into the body’s cells. It simply releases an actual gene of interest into the body to trigger an immune response.

Adenoviruses are DNA viruses and cause acute respiratory infections, fever and diarrhoea in people. However, by removing the part of the virus responsible for its reproduction, the virus is rendered harmless.

But this doesn’t stop the body from launching an immune response against the adenovirus as well. There are about 50 distinct types of adenoviruses that affect humans. Most vaccines use only a single adenovirus vector. Sputnik V uses two: Ad26 and Ad5.

The spike protein of the SARS-CoV-2 is one of the more preferred vaccine targets. Researchers first isolate the genes corresponding to the spike protein and insert them into both the Ad26 and Ad5 adenovirus vectors. This ‘loaded’ Ad26 vector is administered in the first dose, and the ‘loaded’ Ad5 vector follows in a second dose after 21 days.

This double-vector approach offers one important advantage. When the first dose is given, the body develops antibodies against the Ad26 serotype. But since the second dose uses an Ad5 serotype as vector, the body is stimulated to enhance its immune response.

Researchers have also used poxviruses and alphaviruses as vectors in other vaccines. However, adenoviruses offer some unique advantages. It’s relatively easier to manipulate their genes, so they enable large-scale manufacturing. DNA viruses like adenoviruses are also less prone to mutations, ergo they have a relatively stable genome and are therefore safe.

On the flip side, adenovirus infections are common among humans. This means the pre-existing immunity to a vector due to previous exposure could suppress the vaccine’s efficacy. Thus far, no adenovirus-vectored vaccines have been licensed to prevent diseases in humans; there is only one veterinary vaccine that uses an adenovirus vector – for rabies.

Why COVID-19 vaccines shouldn’t be rushed

Sputnik V hasn’t yet undergone phase III trials. These trials test the vaccine with thousands of people – and in the past, many vaccine candidates have been promising until this phase, and have been discarded.

In the most recent example, in February 2020, an HIV vaccine trial had to be terminated after phase III because it displayed a low efficacy. The trial took place in South Africa and included 5,407 young women and men. Unfortunately, 129 people inoculated with the vaccine and 123 people who received a placebo developed an infection. South Africa has the highest incidence of HIV in the world, and the fact that infection rates in vaccinated individuals didn’t drop relative to individuals in the placebo group indicated the vaccine wouldn’t contain the disease.

Going back in time, there are dozens of examples that illustrate the importance of phase III trials, and by extension how hard it is to get a good vaccine. COVID-19’s causative pathogen, SARS-CoV-2, is new and there are still big gaps in our knowledge of how it behaves. So while we need a vaccine quickly, we don’t need it at the cost of rushing through testing to ensure it is what we need at all.