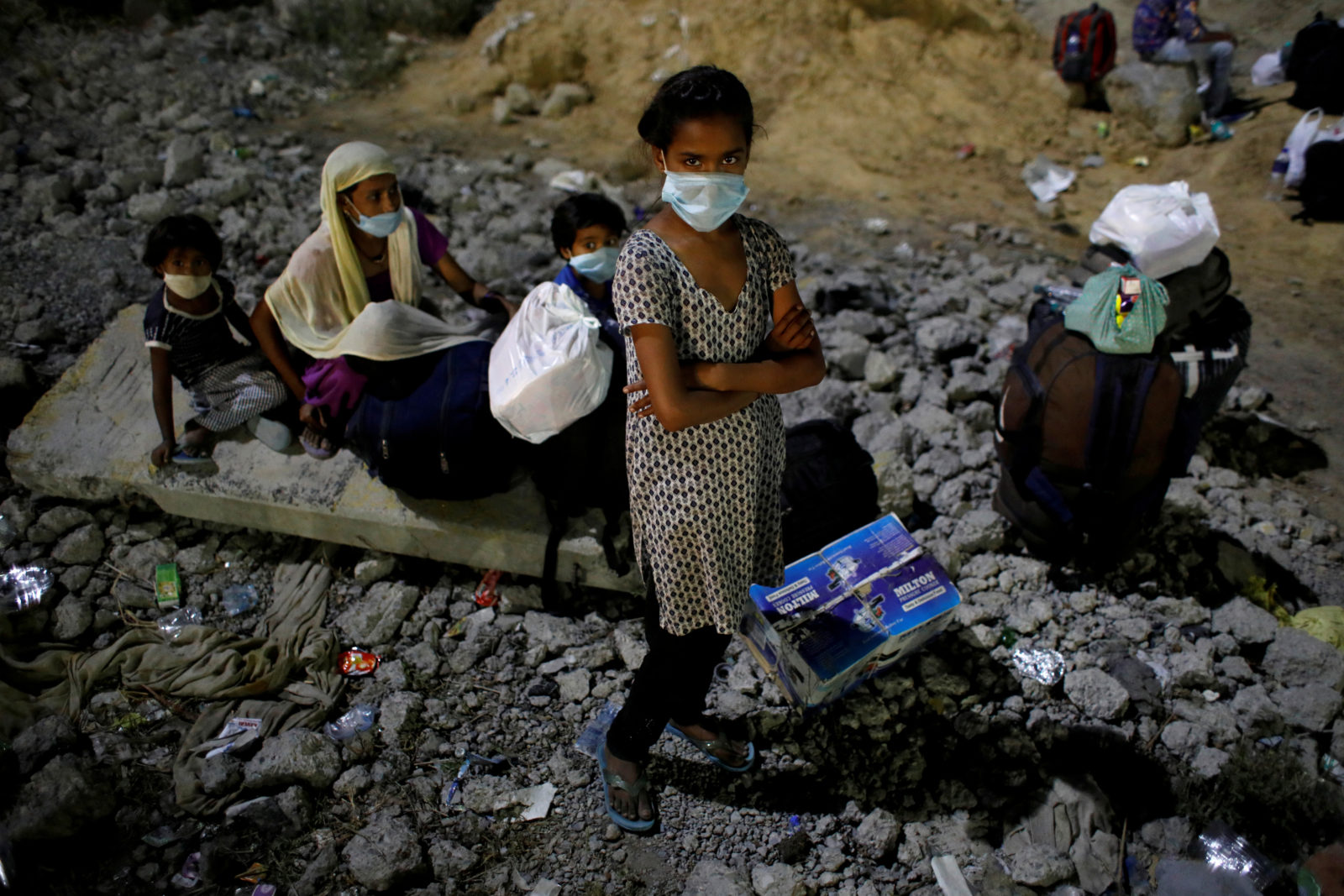 Recently, there has been a lot of talk of an impending third wave of COVID-19 in India later this year, including one prediction that it will affect our children the most. This seems premature, to say the least, considering we are still fighting a fierce second wave whose end isn’t in sight.

Indeed, some experts have rightly said that the principal intention behind these statements could only have been to deflect attention from today’s pressing issues. The prediction that children will be most affected doesn’t seem to be based on any sound seroepidemiological analysis, and seems instead to be guesswork based on a theory that our older population will become immune with large-scale vaccination in the next few months and only our children will remain unprotected.

This in turn prompted discussions on the need to vaccinate children. Last week, India’s drug regulator permitted Bharat Biotech to conduct clinical trials of its COVID-19 vaccine, Covaxin, on children aged 2-18 years, paving the way for the first coronavirus inoculation to be tested with minors in the country. Earlier, on May 10, 2021, the US Food and Drug Administration had extended an ’emergency use’ authorisation for another vaccine, BNT-162b2, to include younger adolescents aged 12-15 years.

These developments raise a pertinent query: do we really need to vaccinate our children?

Why do we want to vaccinate children?

The two principal reasons that experts have advanced are to protect children during the epidemic’s third wave and to achieve herd immunity and thus interrupt the virus’s transmission. On the first count: there is no biological plausibility; this is simply conjecture.

The likelihood of achieving herd immunity against SARS-CoV-2 is low, for a few reasons. The current pace of vaccination in India is extremely slow. Thus far, only 3% of the country’s population has received both doses. At this pace, it will be many more years until we’re close to the herd immunity threshold (60-70%) – especially also given the vaccine shortage.

Perhaps more importantly, the emergence of new, more transmissible variants are likely to have raised the herd immunity threshold to around 70-80%, and virus variants that are capable of reinfecting people who have recovered from COVID-19 complicate the picture further.

Seychelles offers an instructive example. The small island country fully vaccinated a significant fraction of its population (at least 61%) to become “the world’s most vaccinated nation” – and is now struggling to contain a new COVID-19 outbreak.

The true incidence of SARS-CoV-2 infections among children is not known – due to the lack of widespread testing and the fact that tests were prioritised for adults and for those with severe illness.

Data from India and around the world shows that a COVID-19 infection is generally very mild in children. For perspective: compared to older children, elderly people are 3,200-times more at risk of dying from COVID-19. Children younger than 5 years of age are even less likely to succumb to the disease than their older counterparts, and have low case fatality and infection fatality ratios as well.

Of course, the risk of disease is not zero in children; but the mortality risk is comparable to that from seasonal influenza, and hospitalisations happen in only about 0.008% of diagnosed cases. In India as well, very few cases of severe COVID-19 have been reported among children – cases that required hospitalisation. The more affected children are adolescents.

(Note that in the specific context of medical triage, children’s lives are often judged to be more ‘precious’ than those of the elderly, because of the presumed benefits to society and the economy of a nation, considering the decades of productive life that is preserved. But the issues with COVID-19 vaccines are different. COVID-19 is a disease of adults; children get the infection from their parents. The disease is comparatively very mild in children aged 0-5 years. Reallocating vaccines meant for the adult population may rob adults of a crucial opportunity.)

The proposed move to vaccinate children, who only have mild disease, may also interfere with the attainment of natural immunity through the disease itself. We know that natural infections of other diseases in childhood can provide immunity that protects them later in life, against severe forms of the disease, as with chicken pox and hepatitis A. Older individuals could still become infected, but their childhood infections would provide immune protection against severe disease, particularly if – again – children predominantly have mild infections.

The future of the epidemic

There are four human coronaviruses – OC43, HKU1, 229E and NL63 – that regularly cause mild upper-respiratory-tract infections, especially among children, and cause little disease. Immunity to their infections wanes in a year and reinfections are common, but with little consequence. There is no vaccine against them because there is no need.

A few researchers have posited that with time, the genome of the SARS-CoV-2 virus will accumulate certain mutations as a consequence of error-prone replication and that together they will cause viral replication to cease. This in turn will abolish the virus’s ability to cause serious disease. If this turns out to be true, COVID-19 could become a mild endemic respiratory disease of young children, with small annual surges, similar to the diseases caused by other human coronaviruses.

Also read: COVID-19: The Second Wave May Not Be the Last – but Which One Will Be?

What we need to do

Safe and effective vaccines against COVID-19 could save hundreds of thousands of lives in the two years of their rollout – but continued mass vaccination may be less critical if SARS-CoV-2 becomes endemic. Targeted vaccination among the more vulnerable sub-populations are likely to save lives. In addition, the adult population acquiring vaccine-induced immunity could also help protect children.

COVID-19 rates in children have consistently reflected those of adults in their community. The more important thing the policymakers can do to protect children in the coming years is to encourage their parents to get vaccinated – a strategy called cocooning – rather than to spend already scarce resources and press already stretched efforts into a far less gainful exercise.

The Wire Science@TheWireScience
3 Following 26.3K Followers
“The marshes are our life. If droughts persist, we will stop to exist, because our whole life depends on water and… https://t.co/C4TYx5ISS1
8 hours ago
As Maharashtra’s health infrastructure failed to contain the epidemic, many private hospitals took advantage and se… https://t.co/vL03PmBmo2
9 hours ago
1 1
The immunity induced by a vaccine, in terms of its quality and durability, depends on whether the vaccine is ‘live’… https://t.co/aOOUmEyKMt
10 hours ago
.@GKangInd expressed concerns about the lack of safety data for the vaccines cleared for use by children in India –… https://t.co/WP5IA0FnoH
11 hours ago
Ivermectin was approved in 1981 for commercial use in veterinary medicine for parasitic infections in livestock and… https://t.co/WPUN7E8ke1
12 hours ago
More than 2,600 experts and concerned citizens from 113 countries signed Kew Declaration on Reforestation for Biodi… https://t.co/hXxROW5Lcc
14 hours ago
2 5
NASA is set on Saturday to launch a first-of-its kind mission, dubbed Lucy, to study Jupiter’s Trojan asteroids, tw… https://t.co/9BYKxuMjph
15 hours ago
1
A pandemic makes epidemiologists of us all. A group of experts discuss issues of statistical design, data collecti… https://t.co/YAEeq8MCe1
16 hours ago
3
China on Saturday launched a rocket carrying three astronauts, including one woman, to the core module of a future… https://t.co/U9WAzmgU1U
17 hours ago
1
Your skin is crawling with microbes, and your armpits are no exception. There is now experimental evidence to expl… https://t.co/d49k2HEF92
18 hours ago
3
The amount of time an animal spends performing different tasks is called its time-activity budget. Two scientists… https://t.co/IfnUvo95jy
19 hours ago
1 1
Some experts have written that the four-year undergraduate programme could revive India’s dying entrepreneurial spi… https://t.co/6ihO55JfAj
20 hours ago
1 4
Ivermectin was first identified in the 1970s during a veterinary drug screening project at Merck Pharmaceuticals.… https://t.co/LlnxePt1xt
1 day ago
1 5
The new Global Hunger Index reveals how about 50 countries around the world are in an alarming or serious situation… https://t.co/CO7WUk2Z5r
1 day ago
2 3
.@GKangInd has said that at this point of time, India shouldn’t consider giving COVID-19 vaccines to healthy childr… https://t.co/PaBzk2B3I1
1 day ago
1 1
Contact us