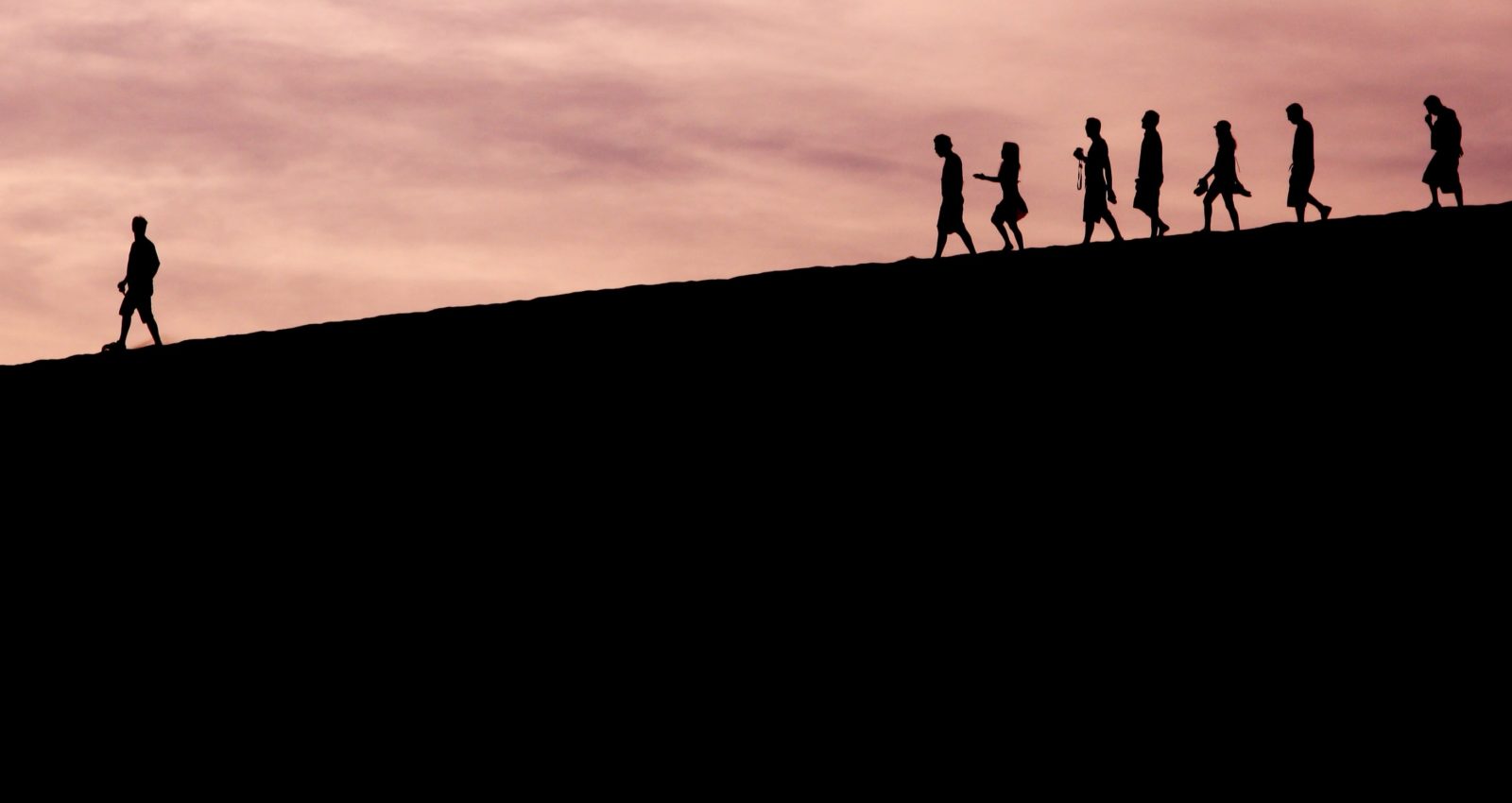 Narendra Modi and Wind Turbines: What the Prime Minister Should Know

Herd immunity in the context of COVID-19 has become a highly politicised topic, with a lot of commentary – particularly from those advocating a “herd immunity approach” – founded on misunderstandings.

So what is herd immunity and what is the debate all about? Some questions and answers follow.

What does herd immunity mean? When the fraction of people who are immune to a disease is high enough, outbreaks will – in general – begin to die away. At this point, the population can be said to have reached herd immunity to the disease. Although not all individuals are immune, the ‘herd’ is immune in the sense that new introductions of the disease will not, in general, lead to major outbreaks.

How can herd immunity occur? Immunity can be acquired through infection or through vaccination – if a vaccine is available. In the case of COVID-19, we don’t know if or when a vaccine will be available. We also don’t know whether everyone who recovers is necessarily immune for some time, and how long this immunity will typically last. We’ll come back to this.

Can people become immune to COVID-19 without infection or vaccination? Immune responses based on previous exposure to other viruses may be possible, but we don’t know how much they protect individuals or populations. For example, such ‘cross-reactivity’ might reduce the severity of disease without reducing the infectiousness of an infected person – in this case, it would not move a population closer to herd immunity. Or it might decrease the level or duration of infectiousness and thus bring a population closer to herd immunity.

What is the ‘herd immunity threshold’ (HIT)? This is the fraction of individuals who need to be immune to a disease to ensure herd immunity for their overall population. It depends on the disease itself but also the population. For COVID-19, we should not expect it to be the same everywhere.

What is ‘R0’? R0 is the average number of people one infected person will infect in the early stages of an outbreak, when there is no mitigation, and – it is assumed – everyone is susceptible to infection. Its value depends on the disease as well as on the setting. For example, from Mumbai’s early data, I estimate a value of about 2.8; London’s data suggests a value of over 4.

Why is R0 relevant to herd immunity? If we know R0, then – under simple assumptions that we will return to – the HIT is given by the formula 1-1/R0. For example, if R0 = 2.8, the HIT would be 1-1/2.8 = 0.64. In other words, assuming no measures to limit the spread, 64% of the population will need to be infected before we can expect daily new infections to start decreasing.

Does an epidemic end immediately if the HIT is reached? No. A fact often ignored in discussions of herd immunity is that there is usually an overshoot. For example, modelling exercises suggest that without measures to slow the spread of a virus through a population, an HIT of 64% can result in 90% of the population being infected at the end of the epidemic. If the spread is slowed, but herd immunity is still reached, the final fraction infected is lower – but still higher than the HIT.

Can outbreaks end without herd immunity? Yes, very much so. Mitigation measures to reduce disease transmission can end an outbreak with little population immunity. But the population remains vulnerable to new outbreaks.

If herd immunity is reached, does that mean mitigation was pointless? No, there are always good reasons for slowing the spread. It reduces the likelihood of health systems being overwhelmed, leading to unnecessary deaths. It allows time for more effective treatments (or possibly a vaccine) to become available. It can reduce the total number of infections, even if the HIT is reached. And more speculatively, a slower epidemic could be less deadly.

Is the HIT formula correct? The simple formula assumes a ‘well-mixed’ population – in which everyone is equally likely to interact with everyone else. In reality, people interact in social networks, and not everyone is equally at risk of infection or of infecting others. Several studies have found that most COVID-19 transmission happens through a relatively small number of individuals. If these same people are also most likely to get infected and become immune, this could effectively reduce the HIT. But such results remain theoretical and we don’t yet know their relevance to COVID-19’s dynamics.

How does uneven spread affect the arguments? Simple arguments about herd immunity can fail if populations are not well-mixed. Consider a city divided into two populations, A and B, with limited interaction between the two. We may think of these as slum and non-slum dwellers, or populations in distinct localities, or the young and the elderly. Suppose the disease rages in A but is slowed by mitigation in B. The HIT for A – and even the city as a whole – may be crossed as the disease runs its course in A. But even after this, a city-wide surge could occur driven by B, where many are still susceptible.

What do physical distancing, masking, lockdowns, etc., do to the HIT? Mitigation can cause epidemics to die down with low levels of population immunity. But if things return to ‘normal’ again, outbreaks can still recur. For this reason it is sensible to reserve the term ‘herd immunity threshold’ for the threshold assuming no mitigation; in this sense, mitigation does not affect the HIT. People claiming herd immunity in some locality often ignore the fact that mitigation is probably still occurring.

The herd immunity ‘approach’ to COVID-19

What is a herd immunity approach? With no vaccine currently available, some people argue that the best way to end COVID-19 epidemics is to allow the disease to spread until the HIT is reached in a given population, and the spread drops naturally thereafter. This could be accompanied by measures to reduce the strain on healthcare, or to protect those most vulnerable to severe disease or death. This ‘approach’ stands in contrast to attempts to maintain the disease at the lowest possible levels in the population until a vaccine and/or more effective treatments become available.

Why do people argue for a herd immunity approach? The most common argument seems to be about reducing the collateral costs of attempts to limit disease, for example on education or on the economy. However, there appears to be no convincing evidence that more effective control of the disease leads to worse economic outcomes. In fact, there is data to suggest that countries that have been more successful at controlling COVID-19 have also fared better economically.

What are the objections to a herd immunity approach? First, it is unclear if this approach is meaningful given our current lack of knowledge about COVID-19 reinfection. More importantly, there are obvious ethical objections to allowing a deadly disease to spread through a population, killing many and leaving others with long-term health consequences. Several unknowns – for example the frequency of ‘long COVID’, which are COVID-19 infections with longer-lasting symptoms – make it hard to assess the consequences of such a course.

Arguments that herd immunity can be reached while protecting the most vulnerable often make naïve assumptions about the practicalities of segregating populations, or misunderstand the implications of uneven spread.

Also read: With a Trickle of COVID-19 Reinfections in India + Worldwide, Where’s the Science?

Is herd immunity a left-right issue? Arguments for letting a disease spread seem to originate mostly from the political right in countries that have failed to control the spread of COVID-19. They tend to combine:

* A willingness to sacrifice a section of the population – including many elderly and vulnerable people – for some hypothetical “greater good”, and

* Denying the impact of COVID-19 itself, including understating fatalities and disregarding long-term health effects.

Meanwhile, the left generally argues for maximum efforts to limit the spread, along with government intervention to reduce the side-effects of mitigation on the most vulnerable. In India – where a poorly planned and implemented lockdown disrupted health services and disproportionately affected the most marginalised – the political lines are more blurred. But here, too, we see herd immunity arguments often accompanied by understating the impact of COVID-19 – for example, ignoring fatality undercounting.

Has India’s population attained herd immunity to COVID-19? India’s COVID-19 epidemic may have crossed a peak, but only 6.6% of people were found to have antibodies to COVID-19 in the latest national seroprevalence survey (August-September). Even assuming some underestimation, it seems quite unlikely that India has reached the HIT for COVID-19. This means that if measures to slow the spread are relaxed, there could well be a national resurgence, similar to those seen in Delhi and Mumbai.

Could some localities have reached herd immunity in India? It is possible that some badly hit areas – particularly some slum areas within cities – may have attained herd immunity to COVID-19. But this is speculative, since the data needed to confirm this is hard to come by. Moreover, no area is closed: new infections can still be ‘imported’ from outside, and so susceptible people are not fully protected even in an area that has reached herd immunity.

What are the implications of uneven geographical spread in India? COVID-19 has spread at very different speeds in different places. Huge variations between states, within states and even within cities complicate the picture. Some outbreaks are winding down while others are just about getting started. Ultimately, even if herd immunity is reached in one area, the movement of people within the country means no area is truly protected until the situation is under control nationwide.