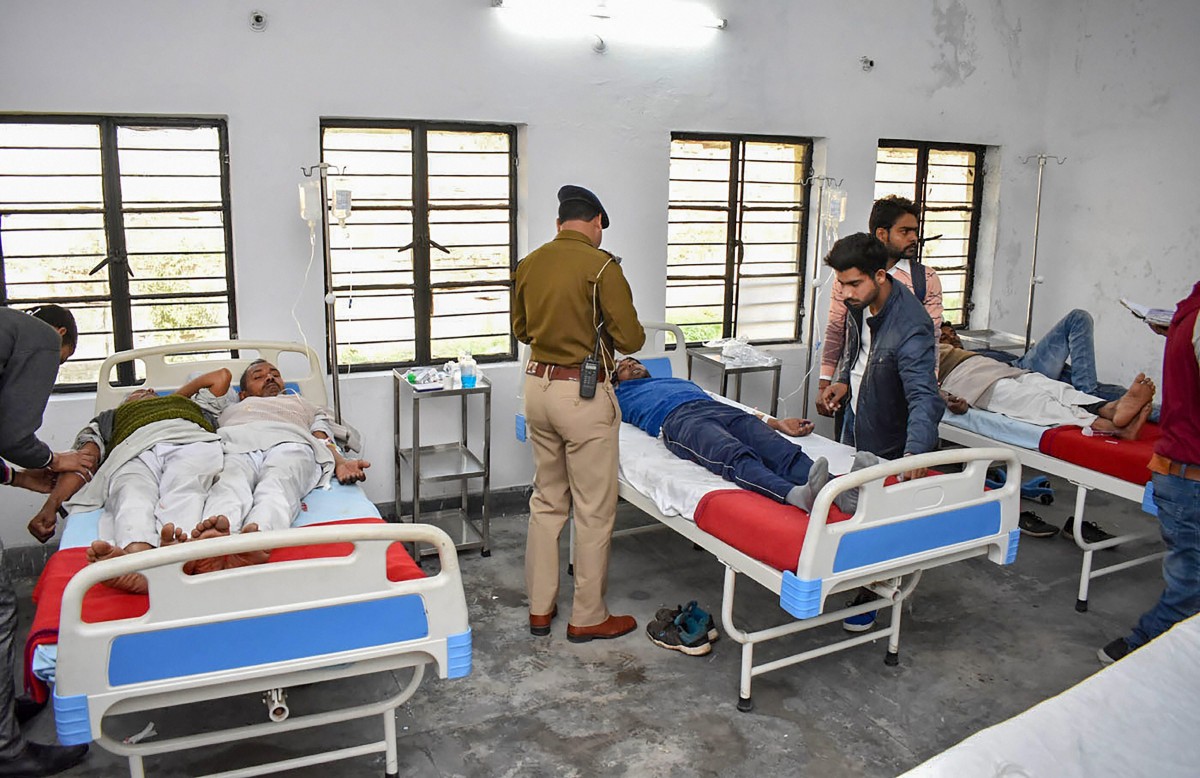 Sensing Change: How Sound, Light and Smell Can Affect Plants and Animals

New Delhi: Seventy-two people have died in the last 72 hours after consuming illicit liquor in Haridwar, Saharanpur and Kushinagar.

The deaths in Haridwar and Saharanpur were caused by the consumption of liquor after a function to commemorate the 13th day of mourning of a death. Ashok Kumar, director general (law and order), Uttarakhand, told Times of India, “Villagers from Haridwar and Saharanpur district had gathered at Baalupur village of Bhagwanpur to attend a ‘terahvi’ ceremony (13th day ritual after a person’s death) and consumed country-made liquor that led to the tragedy.”

A combination of urea, battery liquid, caustic soda and sedatives mixed with the alcoholic brew led to the liquor turning poisonous, the Times of India reported.

“FIRs have been registered at three police stations. A crackdown was done by a joint team last night. At least 30 people were arrested, 25 FIRs registered. More than 400 litres illicit liquor was seized. The crackdown will continue until this is completely finished,” Dinesh Kumar, Saharanpur senior superintendent of police, told ANI.

Also read: Nine Words That Can Reduce the Deadly Toll of Liquor Tragedies

Thirty-nine people have been arrested while more than 30 administration and police officials have been suspended in Saharanpur and Haridwar. The police also raided several locations where spurious liquor is known to be brewed and seized the liquor. The police have announced that the National Security Act will be applied against the main accused.

“We will catch everyone involved, either this side of the border or that side. This will be an ongoing operation. We cannot deny the deaths but we will clamp down, we have been applying pressure on the border areas and we don’t know the manufacture of spurious liquor in our areas,” said Dinesh Kumar.

While announcing compensation of Rs 2 lakh for the families of the deceased and Rs 50,000 for the families of those under treatment, chief minister of UP Yogi Adityanath also pointed fingers at the Samajwadi Party. “These types of incident happened in the past also, where many a times SP workers were involved. Government has announced Rs 2 lakh each to the kin of the deceased and Rs.50,000 each to those who are under treatment as compensation,” he said.

Coming up in Corbett Reserve: A Tiger Safari That Threatens Tigers

At Least 34 Dead After Uttarakhand Floods