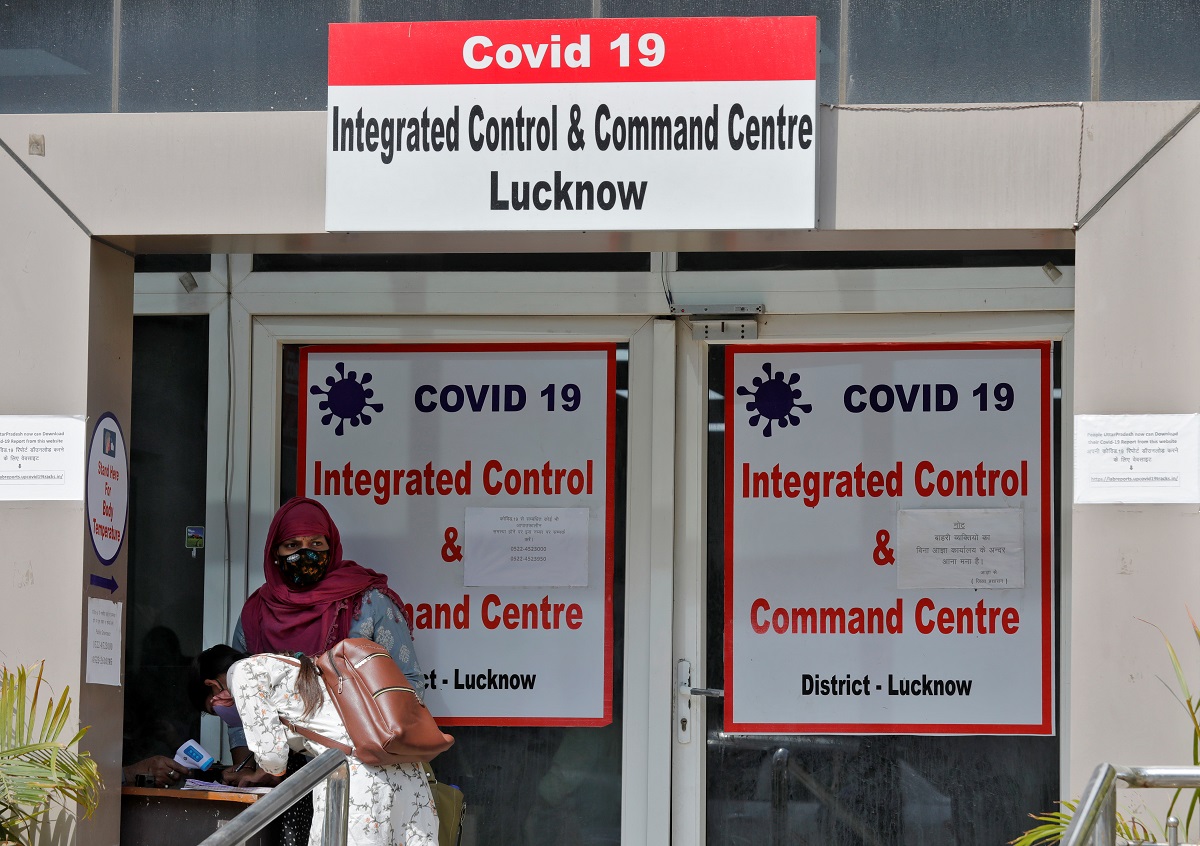 The Modi Govt Wants to Vaccinate All Indians. Its Plan Points the Other Way.

Lucknow: The Uttar Pradesh government on Thursday revised its order that required a referral from the government’s COVID-19 Integrated Control and Command Center (ICCC) to secure admission for COVID-19 patients in private hospitals. The order had faced intense criticism from several quarters.

The order had said that only those patients referred by the ICCC can be admitted in private hospitals, leading to a huge rush at the centre for referral letters and drawing criticism on social media and by the opposition Congress party.

In a directive sent to all divisional commissioners, district magistrates and all chief medical officers, additional chief secretary (medical and health) Amit Mohan Prasad said now COVID-19 patients can be admitted in private hospitals on the basis of their test reports.

After admission by private hospitals, they will have to report about the cases immediately on the portal of the state government, the order said, adding that these hospitals will have to reserve 10% beds for patients who will be referred by the ICCC.

According to the arrangement so far, cases of infection are received in the ICCC from where doctors interact with the patients and it is decided which patients need to be admitted to the COVID-19 hospitals and who are to be sent on home isolation.

“Due to the high cases of infection, this system is not being implemented in a very effective way, due to which it has been decided to change the system. However, the process of admission of COVID-19 infected patients in government hospitals, state medical colleges and private medical colleges will be done through the command center itself,” the order said.

Congress general secretary Priyanka Gandhi Vadra had in a letter to chief minister Yogi Adityanath demanded the abolition of the need for referral letters for infected patients from ICCC located in the Chief Medical Officer’s Office.

According to the new system, no referral letter will be needed for patients who are eligible for hospitalisation, if they wish to be admitted to a private COVID-19 hospital.

Several people had on social media criticised the government over the practice of referral letters of admission.

The Wire Science@TheWireScience
3 Following 15.6K Followers
Locals who found the elephants said the animals could have been killed by a lightning strike late on Wednesday, a l… https://t.co/T3WLZBENNX
6 hours ago
The B.1.617 variant has been found in eight nations in the Americas, including Canada and the United States, said J… https://t.co/j9jg1LfnRR
7 hours ago
Unlike the Pfizer and Moderna vaccine candidates, Covaxin delivers a relatively small number of viral particles to… https://t.co/SeQljudy3I
7 hours ago
In a statement on Friday, the company said, “a technical snag has developed in the cold box at our oxygen plant in… https://t.co/aL2hqrXu2I
8 hours ago
2 1
After its popularity last year, convalescent plasma therapy has been met with increasing scrutiny and skepticism. S… https://t.co/MyYldRlU1G
9 hours ago
1
Discrepancies in causes of death and reporting in India had long been suspected, but first concrete reports from Gu… https://t.co/5duCwdH76d
10 hours ago
3
The Mahadevda Ghat under the Chousa block of Buxar saw a number of bodies floating near the ghat in the river Ganga… https://t.co/J2dakwXHiy
11 hours ago
1 1
Several states have decided to issue global tenders for the procurement of COVID-19 vaccines as the domestic supply… https://t.co/6jd7dm3P5z
12 hours ago
3
National Technical Advisory Group on Immunisation (NTAGI), a government panel, has recommended increasing the gap b… https://t.co/ICkJ1SUx5D
14 hours ago
1
The cow dung cakes were found in a suitcase that was left behind after passengers from an Air India flight cleared… https://t.co/X1CZMZAhV5
1 day ago
1 3
The healing of the ozone layer, and success of the protocol, has been an unfolding, rather than overnight, triumph,… https://t.co/yfdUJgfqaE
1 day ago
2 2
By offering tech tools like application programming interface that can only be used by software programmers, the go… https://t.co/d5bN2XyUJO
1 day ago
1
Net zero can be an important focus for climate action. But it must not become a set of blinkers that seeks to compe… https://t.co/TOVWwHYbyq
1 day ago
1
The situation is particularly bad in rural areas of Uttar Pradesh, India‘s most populous state with a population of… https://t.co/iZpO9mxXwj
1 day ago
4 3
States like Uttar Pradesh, Maharashtra, Karnataka, Andhra Pradesh, Telangana and Delhi have already opted for globa… https://t.co/EZrQJg3CXy
1 day ago
2
Contact us