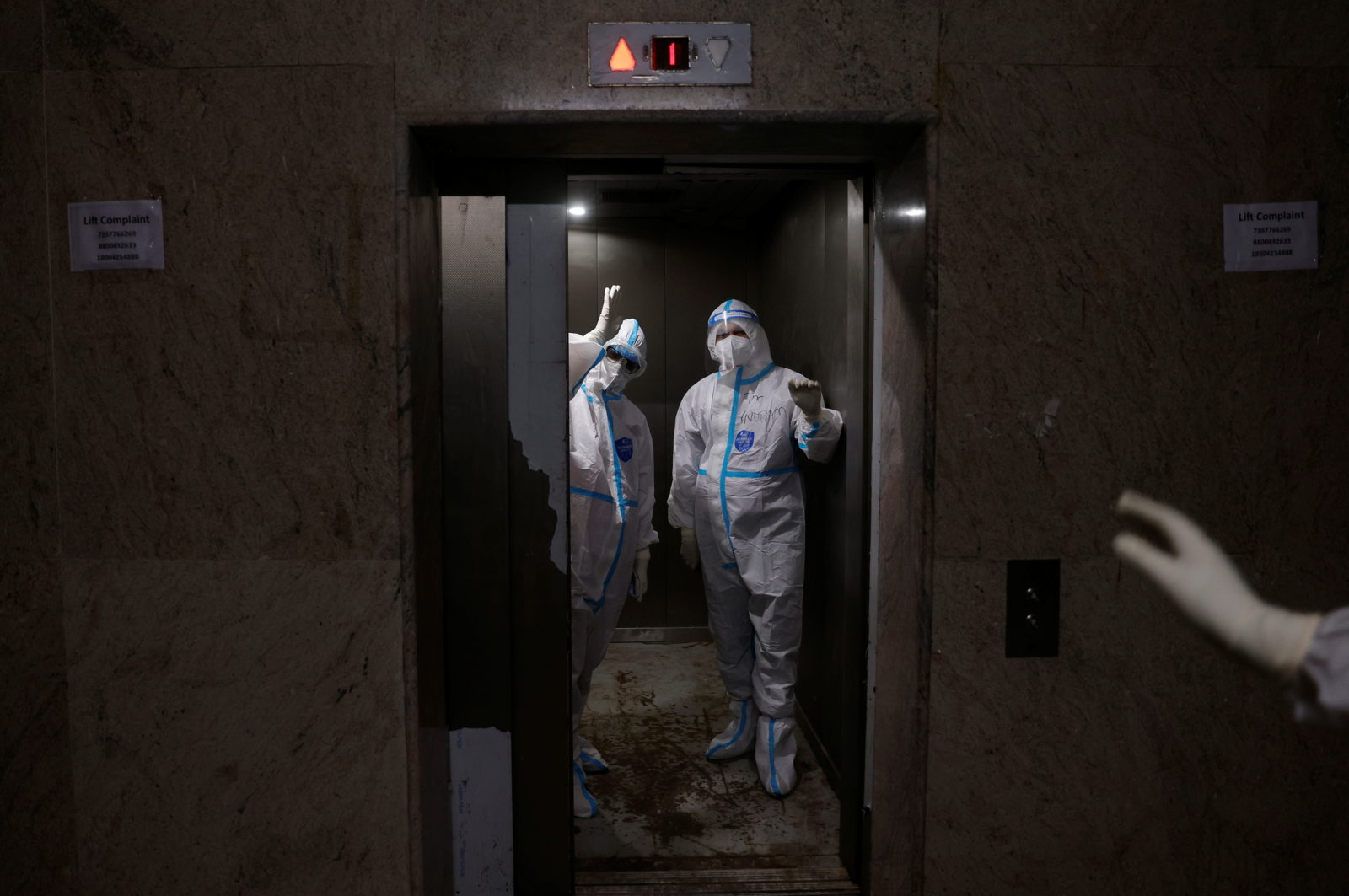 New Delhi: The B.1.617.2 variant of the coronavirus was detected in nearly half of the samples of 69 healthcare workers of a particular hospital who had received either two or one dose of the vaccine.

The healthcare workers all belonged to the Indraprastha Apollo Hospital and had tested positive for COVID-19 after having been vaccinated, Indian Express has reported. Fifty one of the 69 had received two doses of the ‘Covishield’ vaccine while 18 had got just one dose.

They had tested positive and their nasopharyngeal samples were collected for genome sequencing in the first phase of India’s vaccination drive. As many as 47.83% had the B.1.617.2 variant. The two other dominating strains were B.1 and B.1.1.7

The B.1.617.2, which emerged in India, has been declared a ‘variant of global concern’ by the WHO.

As a recent piece on The Conversation noted, to be classified as a variant of concern, a coronavirus variant must pose a risk to public health over and above the original coronavirus which originated in China’s Wuhan. This could be due to how easily it spreads, along with “disease severity, its ability to evade detection by viral diagnostic tests, reduced effectiveness of treatments, or an ability to evade natural or vaccine-induced immunity.”

A study of more than 20,000 samples of SARS-CoV-2 by the Indian SARS-CoV-2 Genomics Consortium found that variants of concern were present in 8,000 of those samples, according to the Express report. The B.1.617 variant was found to be the dominant one among these.

The director of the Apollo group of hospitals told the news outlet that the findings on the 69 healthcare workers is significant as it points to an effective degree of shielding by vaccines. “More than half of the cohort were found infected with the variant of concern  and still escaped from the severe illness, which could have been a severe event for them without vaccination coverage,” Dr Anupam Sibal, told Express.

Sibal’s assertion finds significance when read along with experts’ belief that the B.1.617.2 variant could be “less sensitive to vaccines”.

The Wire Science had earlier reported on how various vaccine candidates fared with the variant, according to Public Health England. The study found that two doses of the AstraZeneca vaccine – the same which is marketed as Covishield in India and which the 69 healthcare workers were given – were 60% effective against symptomatic disease from the B.1.617.2 variant.

The period of the study, which focused on infections among over 3,000 infected healthcare workers of the Apollo hospitals ended in mid-April before Delhi experienced the worst of the second wave, Express noted.