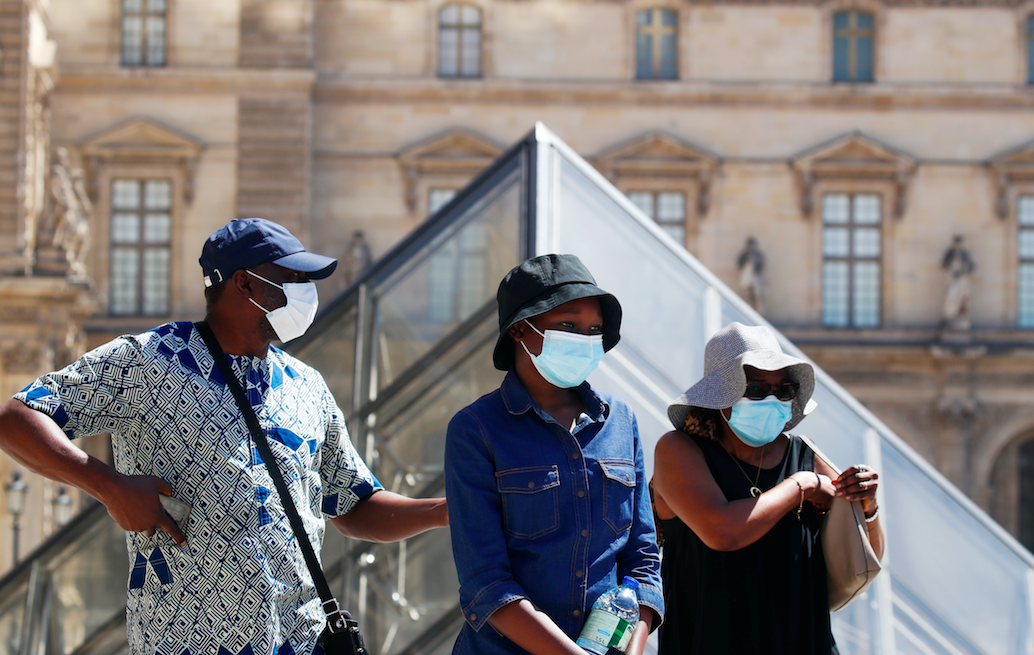 Paris: The French government on Friday declared Paris and Marseille and its surrounding area high-risk zones for the coronavirus, granting authorities there powers to impose localised curbs to contain the spread of the disease.

The declaration, made in a government decree, follows a sharp increase in COVID-19 infections in France over the past two weeks.

On Thursday, France reported more than 2,500 new COVID-19 infections for the second day in a row, levels last seen in mid-April when the country was in the middle of one of Europe’s strictest lockdowns.

Also read: WHO Says Russian Vaccine Is Not in Its Advanced Test Stages

The government move gives local authorities in Paris and the Bouches-du-Rhone area powers to limit the circulation of people and vehicles, restrict access to public transport and air travel, limit access to public buildings and close restaurants, bars and other establishments.

Paris and Marseille had in recent days already made the wearing of face masks mandatory in busy public areas.

Late on Thursday Britain said it would impose a 14-day quarantine on all arrivals from France from Saturday because of the spike in infection rates.

The Netherlands and four other countries were also added to the UK quarantine list that already included Spain and Belgium.

Making Paris and Marseilles red zones could have a major impact on tourism, as it could lead other countries to impose quarantines on their citizens returning from those areas.

The Wire Science@TheWireScience
3 Following 13.3K Followers
Innovation has caught up to imagination. Atomic clocks have become so good, measuring time in such small increments… https://t.co/B2qxafLSmZ
6 hours ago
3 9
An uncontrolled event will increase not only Kerala's caseload – it could also accelerate the outbreaks in other st… https://t.co/PBJO5IS5cm
7 hours ago
“Any impediment in the supplies of medical oxygen in the country may critically impact the management of patients s… https://t.co/YWOA7PBreR
9 hours ago
1
The now-withdrawn guidance, posted on September 18, had said the novel coronavirus is ferried through the air princ… https://t.co/7ZW9ZQNhEU
12 hours ago
On crowdfunding sites like Kickstarter and IndieGoGo, inventors have raised millions of dollars for new designs of… https://t.co/ya5mOsF3Ka
23 hours ago
1
A group of 70 nature lovers and NGOs like Eco-Sikh have already served a legal notice to the state government on Ju… https://t.co/tmxufoTM7X
24 hours ago
1 3
ICYMI: Researchers who conducted and analysed results of India’s first national seroprevalence survey have alleged… https://t.co/eox0L7dJAT
1 day ago
6 6
We'd be better served if we left what is happening now to scientists and regulators. That is, scientists ought to b… https://t.co/Y6Wcxj4fKj
1 day ago
1 1
India accounts for a fifth of global flood deaths; an average of 1,650 Indians lost their lives every year in 1953-… https://t.co/1xwdO8QwWS
1 day ago
17 32
India provides a unique habitat in which exponents and practitioners of alternative medicinal traditions can thrive… https://t.co/wjT1KgKOHs
1 day ago
1 1
A team of experts from the Centre, who toured the flood-affected areas in the four districts between September 11 a… https://t.co/GBRw2G2i8G
1 day ago
2 2
For historical reasons, epidemiologists and aerosol scientists have evolved different definitions of ‘droplet’ and… https://t.co/vIYfdInyBI
1 day ago
3 2
Many people have declared 2020 the worst year ever. While such a description may seem hopelessly subjective, accord… https://t.co/quVrgabmuN
2 days ago
3 6
The Sundarbans in the Bay of Bengal are the most extensive continuous mangrove forests globally, straddling India a… https://t.co/WTc3l7yg2k
2 days ago
3
According to the citation, the recognition is “for using the COVID-19 viral pandemic to teach the world that politi… https://t.co/VmKJSdcJUe
2 days ago
3 12
Contact us