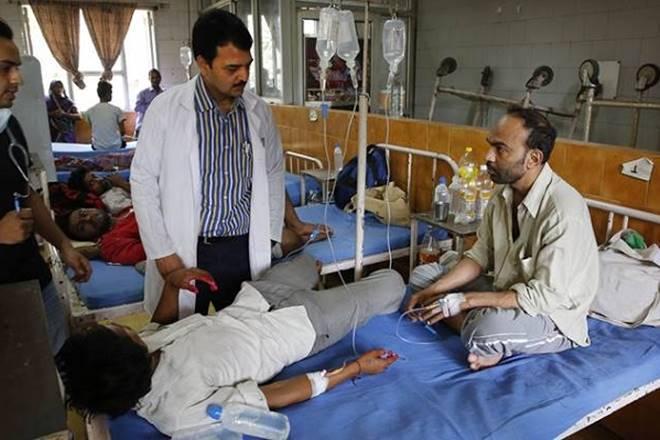 The fourth National Health and Family Survey found that 56% of urban India chooses private healthcare and 49% of rural India makes the same choice.

New Delhi: The year 2017 saw both private and public hospitals facing heat over poor standards and high prices of healthcare. An example of the public sector’s failure was when twenty-three children died overnight allegedly due to lack of oxygen at BRD Medical College, Gorakhpur. Another case, at Fortis Hospital, where a family was billed Rs 15 lakh for the treatment of their seven-year-old child, saw the private sector being scrutinised for prohibitive prices.

Between the failures of the private sector and the public sector are Indian patients, strapped for choice. However, data from the fourth National Health and Family Survey (NHFS) confirms one choice that Indian patients are definitely making: less than half of urban (42%) and rural (46%) India opt for government health services.

The demand for private sector healthcare is by and large comparable in both urban and rural settings: 56% of urban India chooses private healthcare and 49% of rural India makes the same choice.

Below this level, urban India rejects government healthcare while rural India still depends on community health centres and primary health centres, with 14% and 12% choosing these points of care. There is very little uptake of the sub-centre in rural India with only 1.5% choosing care here. In the last budget, the government announced that it would be converting sub-centres into “wellness centres”, a renovation-move to increase their uptake.

More people go to ‘shop’ than they go to AYUSH practitioners

The NHFS captures data separately for those who go to a “pharmacy/drugstore” for healthcare. Nearly 2% of India seeks healthcare at these informal sources.

Ayurveda, Yoga and Naturopathy, Unani, Siddha and Homoeopathy (AYUSH) medicine fares dismally – in both private and public healthcare in urban and rural settings, only about 1% of people choose traditional Indian medicine.

Totalling the percentages, in urban India, only 0.5% choose vaidyas, hakims, homeopaths or traditional healers. In rural India, the number stands at 1.2%.

In India, pharmacists, nurses and practitioners of Indian systems of medicine are among the categories of people in the chain of healthcare who are explicitly prohibited from prescribing allopathic medicine or giving diagnosis. Yet due to the scarcity of facilities, this in in fact a reality.

The government recently proposed in the National Medical Commission Bill, 2017, to have a “bridge-course” to enable those trained in Indian medicine, to begin prescribing perhaps a limited number of allopathic medicines.

The Wire has reported on how this clause is being fiercely contested – the allopathic and homeopathic lobbies have both rejected it and the Central Council for Indian Medicine supports it, but with reservations.

Why does India reject government healthcare?

The NHFS captures data for households who don’t use government health facilities when they are sick. The survey collected this information on the following grounds: no nearby facility, inconvenient timings of the facility, absent health personnel, a long waiting time and poor quality of care.

Over all, 55.1% of households don’t use government health facilities.

The leading reason for this is the poor quality of care – 48.1% households responded with this reason. The close second reason, at 44.6%, is that there is no nearby facility at all. And a close third, at 40.9%, is that even if they come to a facility, the waiting time is too long.

India’s most populous state, Uttar Pradesh, is in fact the one who rejects government facilities the most – a whopping 80% of households in the state reject it.

The Wire Science@TheWireScience
4 Following 26.6K Followers
Mathematicians have been playing around with pattern formation equations since Alan Turing published his seminal pa… https://t.co/zwKD3DLDpp
15 hours ago
1
With a final 5-minute, course-correcting thrust of its onboard rocket, Webb reached its destination at a position o… https://t.co/nDguB9BEvV
16 hours ago
1
The operator of the Fukushima nuclear power plant said two storage tanks had leaked four tonnes of coolant being us… https://t.co/teUqYH3cZO
17 hours ago
1
Ant colonies put up with inefficient gold bricks in their midst. Did these ants perform an essential service? Did t… https://t.co/5ZMf7cZAIh
18 hours ago
Substance metaphysics lacks information about change, while process philosophers go beyond looking at the world as… https://t.co/j6FC8r5Dxc
19 hours ago
1
Only seven years after birth, the rate at which new neurons are formed in the adult human hippocampus falls by 23-t… https://t.co/uqpjwpSn35
20 hours ago
3
India's latest 'State of Forest' report continued a tradition of counting plantations and forests together as 'fore… https://t.co/zQLSP1nmjG
21 hours ago
3 3
Mutations on the LBR gene can have a wide spectrum of effects – ranging from a benign condition to a perinatal leth… https://t.co/zFJrmcaSp7
21 hours ago
Looking at the chemistry of past eruptions, the small eruptions indicate that the volcano's magma system is slowly… https://t.co/TRQMOvIiA6
1 day ago
9 14
Cold wave to severe cold wave is very likely in isolated pockets of Punjab, Haryana, Uttar Pradesh, Maharashtra, Ra… https://t.co/exK2FupOgc
1 day ago
The asteroid chunk was nearly 15 km in diameter and hit Earth at faster than 20 km per second – imagine a Mt-Everes… https://t.co/27X7g0r9w4
1 day ago
The bar-headed goose's adaptations work well for occasionally spending short periods of time at high altitudes, but… https://t.co/C4lS0huGHJ
1 day ago
Black holes have fascinated the human mind since they were first conceptualised a century ago and we have a long wa… https://t.co/bqkG4Ua2js
2 days ago
2 2
A study has found that, contrary to popular belief, human settlements in South Africa flourished in the immediate a… https://t.co/CpL22MDyLO
2 days ago
2 1
An analysis also suggests that in 54 assembly constituencies, more than 10,000 voters can benefit, and more than 50… https://t.co/f9c9Yk0Vsb
2 days ago
2
Contact us