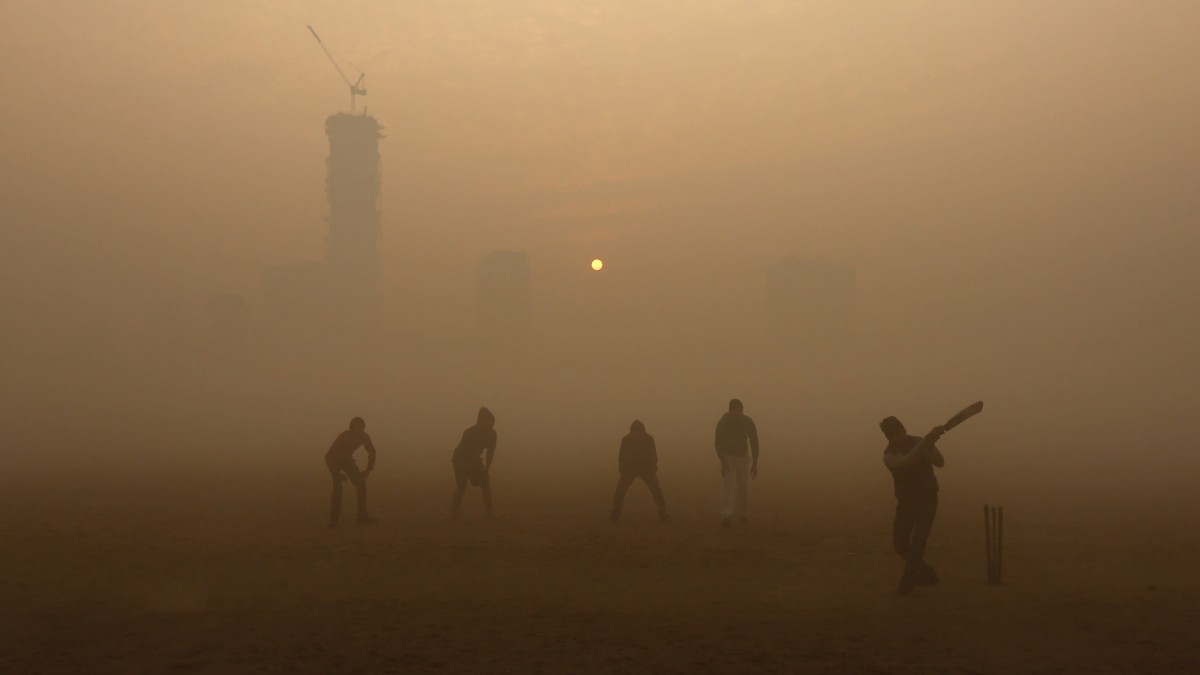 Two Very Similar Projects in Tamil Nadu – but Only One Is Opposed. Why?

“If a child suffers from asthma as a result of  air pollution, I see it as a gap in justice,” he said. He is perhaps the first national leader to have publicly discussed pollution as a country-wide problem and linked its health impact to justice.

In fact, he may have elevated the idea of justice itself by acknowledging that environmental justice is a subset of social justice. In his conception, it includes “modern civic parameters – such as clean air; less polluted cities and towns, rivers and water bodies; sanitary and hygienic living conditions; and green and eco-friendly growth and development.”

His words also spotlighted the difference between a country’s pursuit of growth and of development.

The president is regarded as the country’s highest moral authority. If his is ignored, we must be ready to accept our collective amorality.

Also read: Why Delhi’s Plan to Wash Down Its Air Pollution With Rain Just Won’t Work

Some political particles have painted air pollution as an elite problem. It’s the opposite. The rich have easy access to masks, purifiers and filters to protect themselves. It is the poor, homeless, those working outdoors who are most affected. They include ragpickers, safai karamcharis, auto-rickshaw drivers, traffic policemen, small farmers, daily-wage labourers (especially in the construction and mining sectors).

This section of society has fewer options to protect itself because of a lack of access as well as of awareness. The latter compounds the problem in two ways.

Second, this also allows their elected representatives to get away without addressing what is today the biggest killer in our country.

If every poor voter knew how closely air pollution and their ill health was linked, this would fast become an election issue. We might then get the change we are looking for.

Put another way: by presenting air pollution as a rich person’s problem, politicians don’t have to take it as seriously as they should, in the people’s eyes.

The ‘rich’ is a small group that can’t sway poll results by their numbers. This group also has the ability to buy itself clean indoor air. The ‘poor’ group has been used to fending for itself, even for basic amenities like clean water, health, safe transport and education.

The truth is that the elite are only highlighting the problem. Air pollution affects the poor more, and disproportionately so. Daily wagers can’t afford to miss a day’s work, even when the air quality index is ‘poor’ or worse, even if they know their lungs will bear the brunt of it.

Like all inequity, the weakest and the most disenfranchised suffer the worst health effects of toxic air first. This is fundamentally why ignoring air pollution is justice denied – a fact now recognised by our president.

Hopefully, Prime Minister Narendra Modi will follow Kovind’s lead and break his unconscionable silence on this issue. He needs to speak up also because a new study has isolated the true impact of air pollution alone on Asia’s health, and links it directly to life expectancy.

The Energy Policy Institute at the University of Chicago has devised a new metric called the ‘air quality life index’. It allows us to measure the systemic impact of air pollution in India relative to other countries. It has calculated that Indians lose 4.3 years of their lives on average simply because they live in India. Delhi’s residents lose a full 10 years because they live in Delhi.

Outdoor air can’t be cleaned in bits and pieces. It needs to become a mission of national importance, like the Swachh Bharat Abhiyan, led by Modi. Only a top-down approach with long-term behavioural and policy solutions, and measurable, time-bound goals, will do the trick. And a strong, dynamic and accountable authority empowered to cut across state and central bureaucracies should implement it. There can be no Swachh Bharat without Swachh Hawa first.

At the same time, air pollution knows no boundaries, so the government alone won’t be able to vanquish its problem. The private sector also needs to step up.

We are in an age when public services and public goods are increasingly being delivered by the private sector. Education, health, housing, urban transport, and telecom and Internet access are examples. The expansion of justice creates a greater role for non-state players as well. Any future safeguarding and strengthening of the Constitution – and upholding of justice in its various forms – will require the participation of both public and private stakeholders. Justice has as many stakeholders as India has citizens.

Hopefully, the private sector will also start looking at social investments beyond statutory requirements. At present, that doesn’t seem to be happening. For example, at an entrepreneurs’ conference in New Delhi last week, the focus was on increasing consumption as a driver for growth, sans much focus on sustainability.

One hopes things will change when the government itself sends a stronger signal.

Jyoti Pande Lavakare is a Delhi-based columnist and co-founder of Care for Air, an awareness and advocacy non-profit whose mission is the pursuit of clean air. The views expressed here are personal.