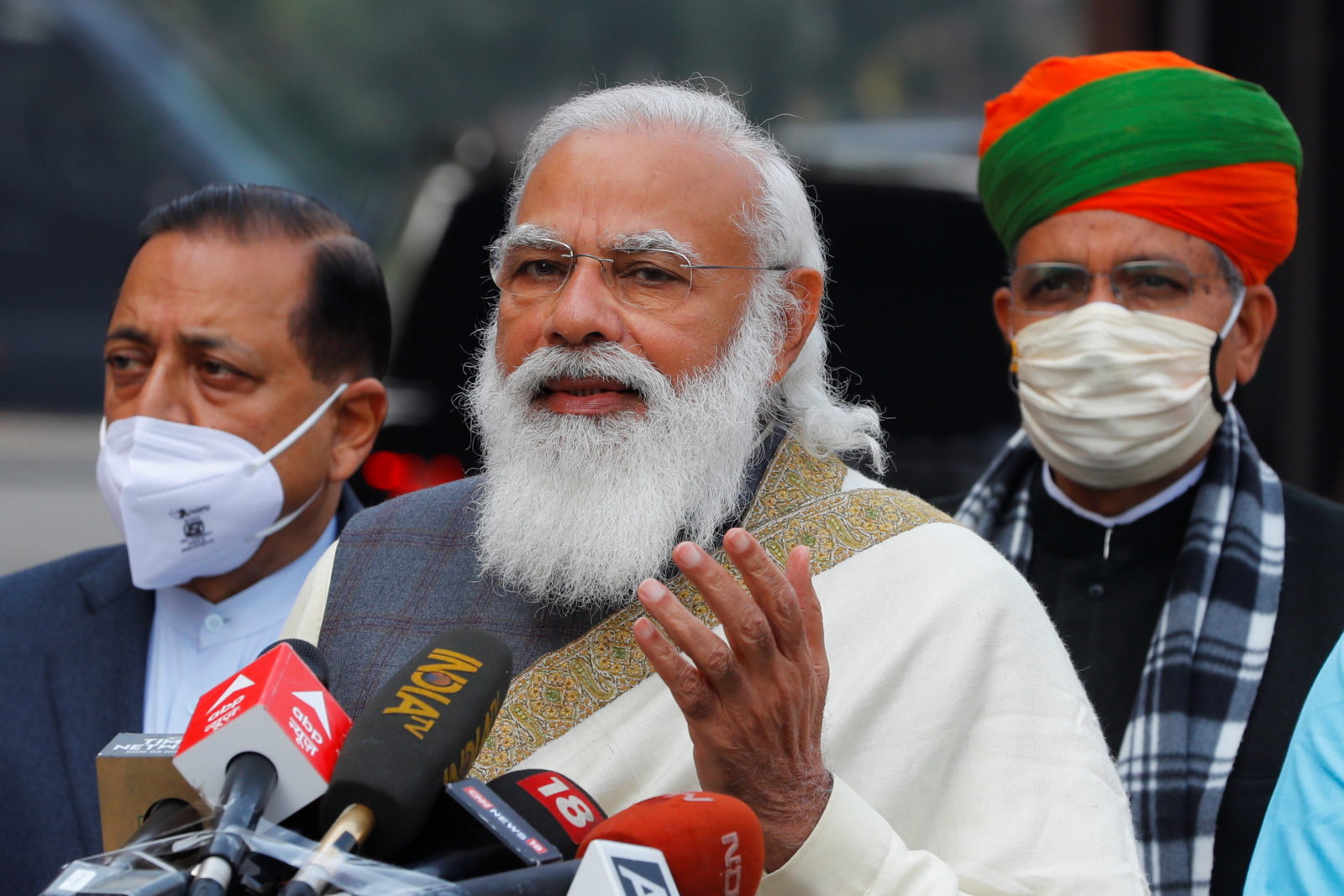 New Delhi: Prime Minister Narendra Modi was inoculated with the first dose of the Covaxin vaccine candidate on March 1, formally kicking off the second phase of India’s ambitious immunisation campaign that began in mid-January.

In the first phase, launched on January 16, the health ministry has set itself the goal of vaccinating 300 million frontline and healthcare workers by July 2021. Thus far, 12 million of them have received at least one dose.

In the course of the COVID-19 pandemic thus far, India has reported the second-highest number of cases in the world after the US.

“Remarkable how our doctors and scientists have worked in quick time to strengthen the global fight against COVID-19,” Modi said on Twitter, posting a picture of him getting the shot at a government hospital in New Delhi. “I appeal to all those who are eligible to take the vaccine. Together, let us make India COVID-19 free!”

The government said last week it would let people choose their vaccination centres in the second phase.

The two candidate vaccines licensed to participate in the programme are Covaxin, developed by Hyderabad-based Bharat Biotech, and Covishield, developed by researchers in the UK, licensed to AstraZeneca, which in turn licensed Serum Institute in Pune to manufacture it for India and some other developing nations.

Many news reports have suggested that recipients will also be able to choose which vaccine they would like to receive – but this is not a full choice. A recipient only has the option to opt out of receiving a vaccine once they have been allotted it, and can’t directly dictate their preferences.

A person needs to first sign up to be inoculated via the Government of India’s COVID Vaccine Intelligence Network (Co-WIN) platform or the Aarogya Setu app. Inoculation facilities will reportedly be available at designated centres from 9 am to 3 pm.

They can they receive their doses from one of “over 10,000 private hospitals enrolled with the PMJAY (Ayushman Bharat) scheme, those associated with state-level schemes plus 600 Central Government Health Scheme hospitals to administer vaccines” (source).

The government has capped the price of each dose disbursed through private facilities at Rs 250; they will be available at no charge from government facilities.

The country’s inoculation campaign has progressed slower than expected due to reluctance among healthcare and frontline workers to take Covaxin, which the Drug Controller General of India approved without late-stage efficacy and long-term safety data.

Bharat Biotech has said efficacy data from a late-stage trial on nearly 26,000 volunteers who were administered Covaxin is expected to be available in a few weeks. The company, along with India‘s drug regulator, has said it believes Covaxin to be safe and effective based on early and intermediate studies.

Thus far, this is what we know of the two candidate vaccines:

Independent experts’ questions centred on the absence of any phase 3 data for Covaxin, including interim data from early stage trials, and questions being asked of the AstraZeneca vaccine by British and European regulators.

In addition, during a media interaction on January 4, Bharat Biotech managing director Krishna Ella indicated that the government’s plan to roll-out Covaxin in “clinical trial mode” was new to him and that his company was still working out the details.

His words indicated that Bharat Biotech hadn’t been consulted on the vaccine’s use-case, and also spurred doubts that this new use case may not be tested for in the phase 3 clinical trials.