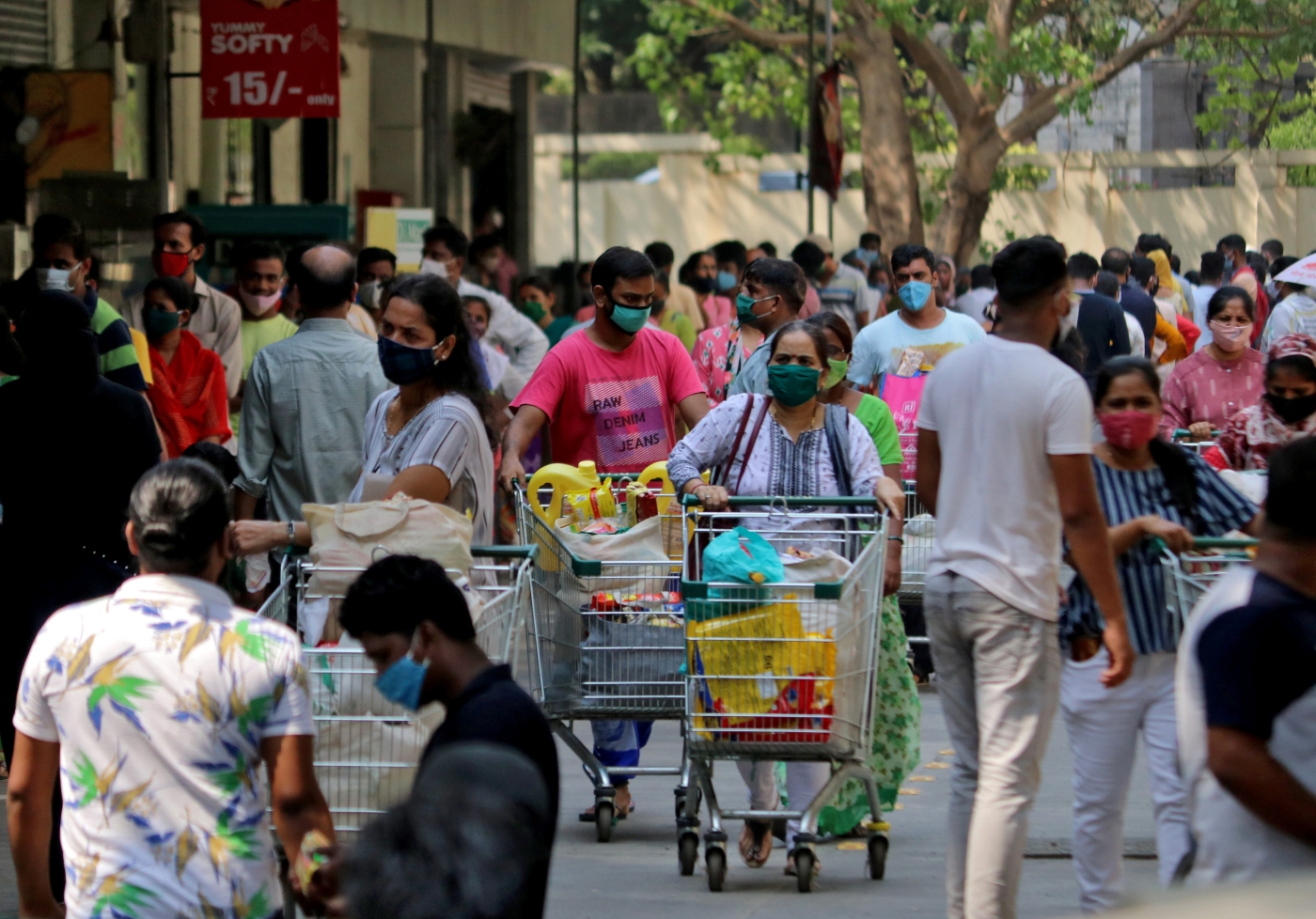 Bengaluru: India reported a record 200,739 COVID-19 cases over the last 24 hours, according to data issued by the health ministry on Thursday. Deaths stood at 1,038, taking the total to 173,123. The country’s total case load reached 14.1 million, behind only the US, which leads the global tally with 31.4 million cases.

The number of active COVID-19 cases stands at 1.4 million, according to the ministry. Thus far, 1,24,29,564 people have also recovered from the disease.

The country’s new and dubious record-setting spree has been paralleled by three particular events: lockdowns, vaccine shortage and the Kumbh Mela.

Multiple states, including Maharashtra, Delhi and Rajasthan (from Friday) have decided to impose city- or state-wide restrictions with varying degrees of restrictions.

The announcements have prompted panic among daily-wage and migrant labourers, whose fortunes took a beating during last year’s extended lockdown. There have been reports of labourers already preparing to leave for their home-towns, crowding at railway and bus stations.

On the second front, the Government of India recently made a U-turn and said it would approve foreign vaccine-makers’ products through an extra-accelerated approval regime, after having called the same idea a “hare-brained non-starter” a week earlier.

Various states have reported vaccine shortages – vaccination centres in Maharashtra and Odisha have reportedly shut for want of doses – but the government had been deflecting this criticism and denying any logistical issues, before its volte-face.

Finally, the Kumbh Mela has been underway in full swing. For this Hindu festival, conducted once every 12 years, millions of devotees have gathered for various rituals on the banks of the Ganga river in Haridwar, Uttar Uttarakhand.

The state and Central governments both promised various measures to ensure devotees would wear masks and maintain physical distancing at all times.

However, AFP reported that in the last 48 hours, over a thousand people tested positive for COVID-19 in the city, and over 2,000 people in the last five days. At the same time, the Uttarakhand government has requested its high court to relax its order to conduct 50,000 tests a day.

The Centre’s response to the Kumbh is in sharp contrast to its and its supporters’ response to the Tablighi Jamaat event last year, following which Muslims around the country were accused of worsening India’s then-much-smaller COVID-19 epidemic.

In fact, even as cases have increased, and continue to, this year in record-breaking leaps, a state-run hospital in South Gujarat has been organising yagnas, the Madhya Pradesh government’s official deaths data seems to be wrong, and Uttarakhand Chief Minister Tirath Singh Rawat has said the Ganga’s blessings will eliminate the virus.

Prime Minister Narendra Modi himself has asked the governors of states to promote (unproven) therapies and ‘treatments’ offered by alternative medicine systems like Ayurveda and homeopathy.