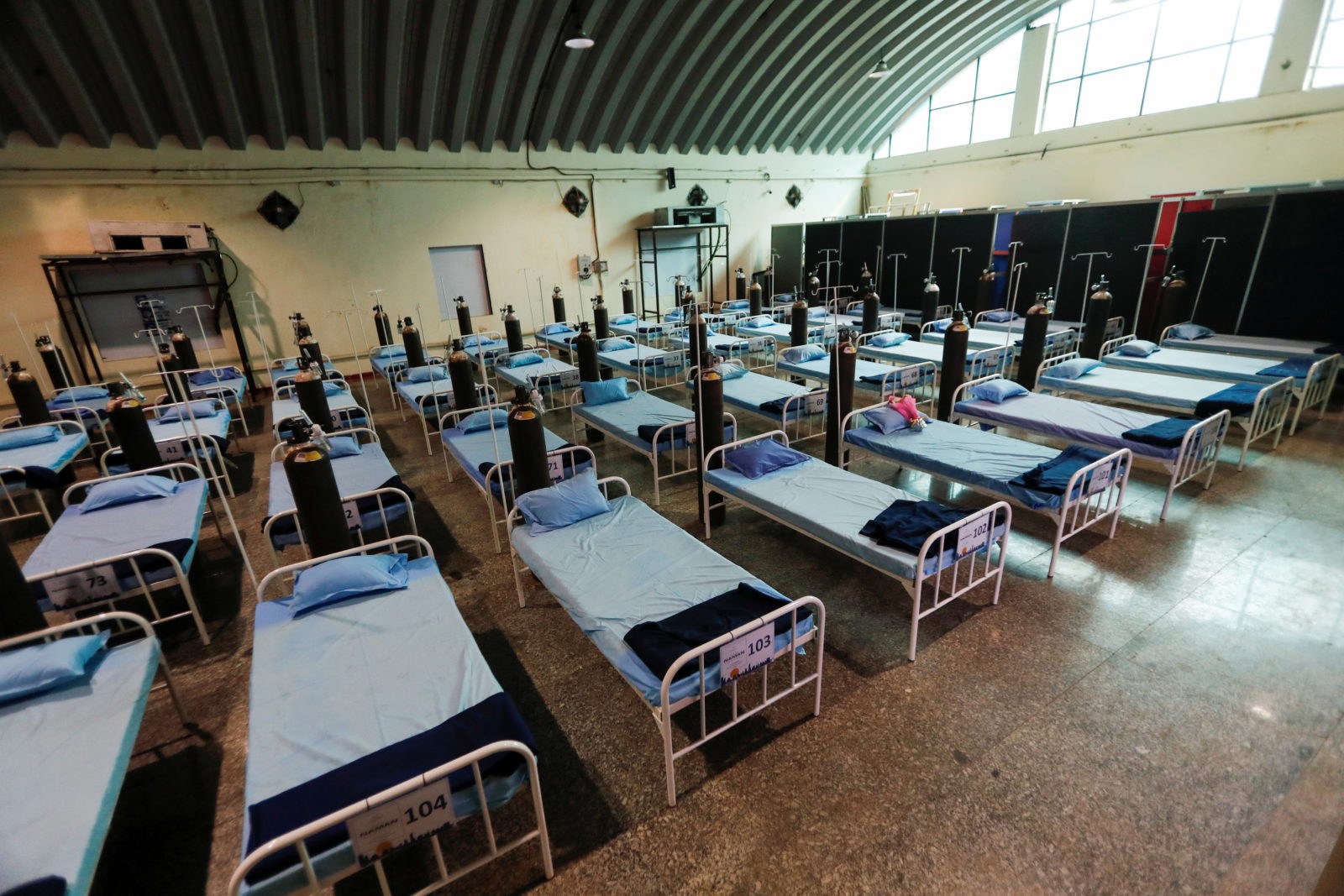 Five Years Since the Paris Agreement, How Effective Has the Climate Pact Been?

Beds with oxygen support at a quarantine facility for patients diagnosed with COVID-19 in Mumbai, April 13, 2021 Photo: Reuters/Francis Mascarenhas

Bengaluru: At the sight of the pile of bodies of people who died due to COVID-19 at a crematorium in Bhopal, Madhya Pradesh, the relative of one such victim told NDTV that he’d last witnessed anything similar during the 1984 gas tragedy. “In four hours, I have seen 30-40 bodies here,” he added.

But the magnitude of the crisis doesn’t seem to match Madhya Pradesh’s official data. In fact, NDTV reported that there appear to be “major inconsistencies” between official state data of the number of deaths due to COVID-19 and the number of bodies that need to be cremated in line with COVID-19 protocols at designated crematoria.

There were 37 bodies waiting to be cremated on April 12 at Bhopal’s Bhadbhada facility whereas the Madhya Pradesh bulletin listed only 37 deaths in the whole state on that day. Similarly, on April 8, 35 bodies had to be cremated in Bhopal alone but the bulletin specified only 27 deaths; on April 9, it was 35 bodies v. 23 in the bulletin.

The state government has denied any wrongdoing, with education minister Vishwas Sarang saying “we will not get any award” for fudging the death count. But the deaths count is at the same time obviously wrong. For example, on April 11, facilities in Bhopal cremated 68 bodies while Indore reported five, but the state bulletin mentioned only 24 deaths in Madhya Pradesh.

Madhya Pradesh and other states have in the past resorted to underreporting deaths due to COVID-19, often in an effort to show that states ruled by some political parties are doing better than others, as well as to underplay the risk due to the disease so the local economy isn’t threatened.

Last year, as India’s COVID-19 case load climbed from March to September, mismatches between reports from crematoria and official data suggested similar underreporting in Delhi, Maharashtra, Tamil Nadu and Gujarat, among other states. The Wire Science also found that health officials in Maharashtra, Gujarat, Telangana, Tamil Nadu, Uttar Pradesh, Madhya Pradesh and Puducherry were not including deaths suspected to be due to COVID-19 in the official tallies.

The mismatch was most pronounced in Gujarat, the state from which Prime Minister Narendra Modi hails and whose ‘Gujarat model’ of development he has championed on multiple occasions. In Ahmedabad, the municipal data said 19 people had died of COVID-19 on November 27, 2020. But local journalists were able to speak to people who said they were 36th in line at one crematorium or that they had been turned away at some facilities because the latter were overworked.

Some states, including Delhi, Maharashtra and Tamil Nadu, subsequently engaged in ‘reconciliation’ exercises wherein they readjusted their skewed death counts. In Mumbai, for example, such an exercise in June 2020 added 1,700 ‘missed deaths’.

Maharashtra health minister Rajesh Tope recently asked Pune to conduct such a reconciliation. On February 2, Pune had reported 4,971 active cases in the district but the state health dashboard showed the number to be 13,487, putting it ahead of Mumbai and Thane. After an update effort, the number dropped to 9,123 – still ahead of Mumbai but also much higher than what Pune district authorities had admitted.

Mathematician and disease-transmission modeller Murad Banaji has discussed that these mismatches also show up when official data is compared to the prevailing COVID-19 case fatality rate (CFR). Last year, this number – denoting the percentage of cases that lead to death – hovered around the 1% mark.

This year, thanks to new variants of the novel coronavirus spreading in the population, reliable estimates of the CFR are yet to emerge.