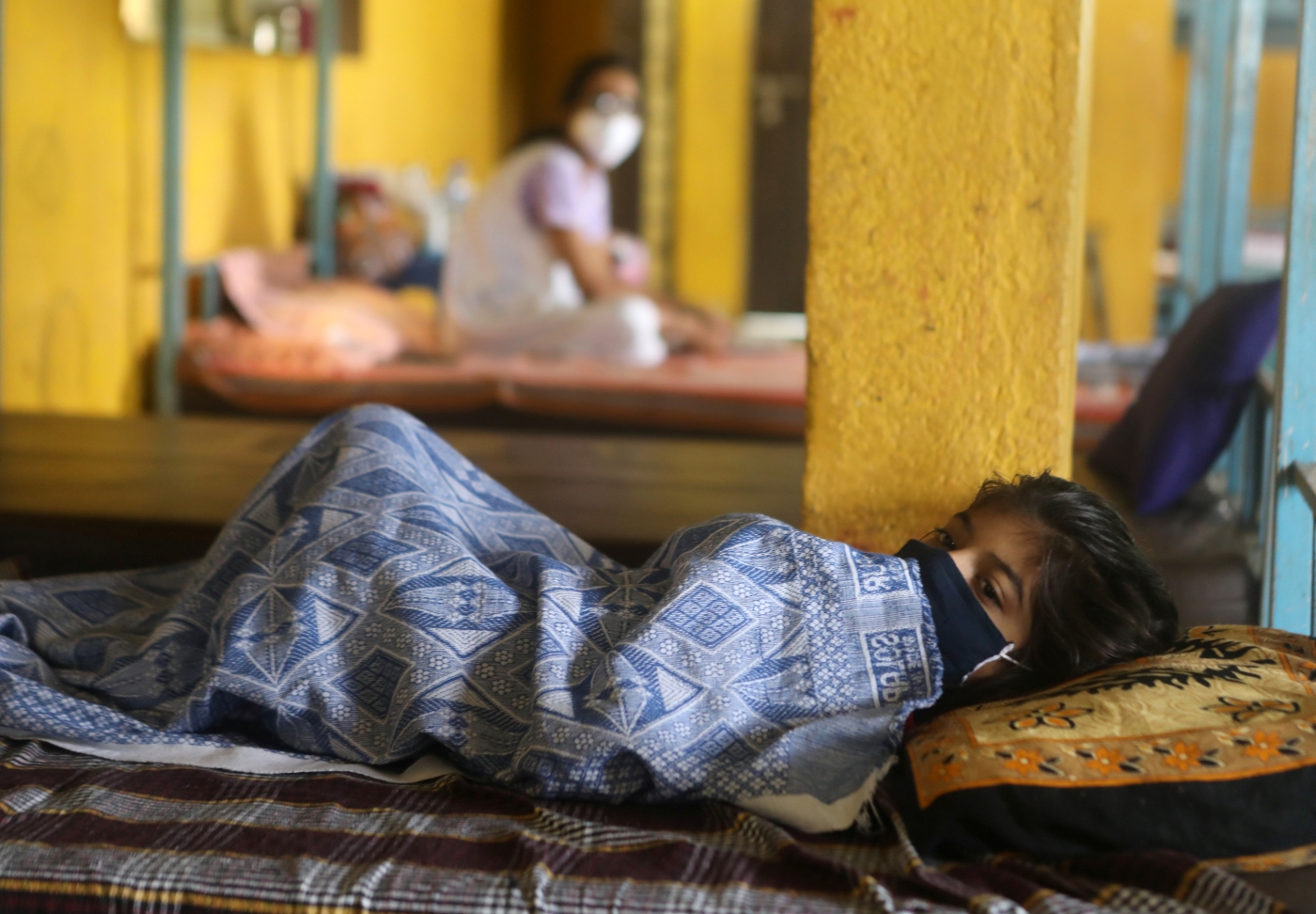 A patient suffering from COVID-19 rests inside a classroom turned COVID-19 care facility on the outskirts of Mumbai, May 24, 2021. Photo: Reuters/Francis Mascarenhas

New Delhi: India scrapped local trials for “well-established” foreign coronavirus vaccines on Thursday as it tries to accelerate its vaccination rollout, with a government official saying Pfizer shots could arrive by July.

The world’s second-most populous country in May recorded its highest monthly COVID-19 death toll since the pandemic began last year, accounting for just over a third of the overall total.

India reported 211,298 new infections on Thursday, the world’s highest daily rise, but nearly half the daily infections it recorded earlier this month. The overall case load is now at 27.37 million, while deaths stand at 315,235, according to health ministry data.

Only about 3% of India‘s 1.3 billion people have been fully vaccinated, the lowest rate among the 10 countries with the most cases.

India pledged last month to fast-track imports, but its insistence on local trials and a dispute over indemnity stalled discussions with Pfizer.

“The provision has now been further amended to waive the trial requirement altogether for the well-established vaccines manufactured in other countries,” the government said in a statement.

Thursday’s move is set to speed up the arrival of Pfizer shots and those developed by Johnson & Johnson and Moderna, with which the government has held multiple discussions but met with little success.

“Yes, we are engaged with Pfizer because they have indicated availability of a certain amount of, certain volume of vaccines in coming months, possibly starting in July,” Vinod Kumar Paul, a top government official, told a news briefing.

He said the government was examining the company’s request to grant it legal protections against the use of its vaccine in India.

“We are examining the request (for indemnity) and we will take a decision in the larger interest of people and on merit. This is under discussion but there is no decision as of now.”

Pfizer “remains committed to continuing our engagement with the Government of India towards making the Pfizer-BioNTech COVID-19 vaccine available for use in the country”, a company representative said in a statement.

Pfizer declined further comment, citing confidential discussions with the government. There was no immediate response from Moderna or Johnson & Johnson to Reuters requests for comment.

India has been inoculating its people with the AstraZeneca vaccine produced locally at the Serum Institute of India (SII), Covaxin made by local firm Bharat Biotech and has begun rolling out Russia’s Sputnik V.

Both SII and Bharat Biotech were ramping up production to produce 100-110 million doses in the coming months, Paul said.

Prime Minister Narendra Modi’s government has faced mounting criticism for its failure to secure vaccines for its people as a devastating second wave rips through the vast hinterland.

“This is governance failure since India is one of the biggest vaccine producers,” Kaushik Basu, a former chief economic adviser to the government, wrote on Twitter.

“Good days will come but this vaccine lapse will be remembered.”

The Reserve Bank of India, the central bank, stressed the global importance of vaccinations in its annual report.

“From this point in time, the global recovery and its outlook, including for India, will be contingent on the pace and coverage of vaccination and its efficacy against emerging variants of the virus,” it said.