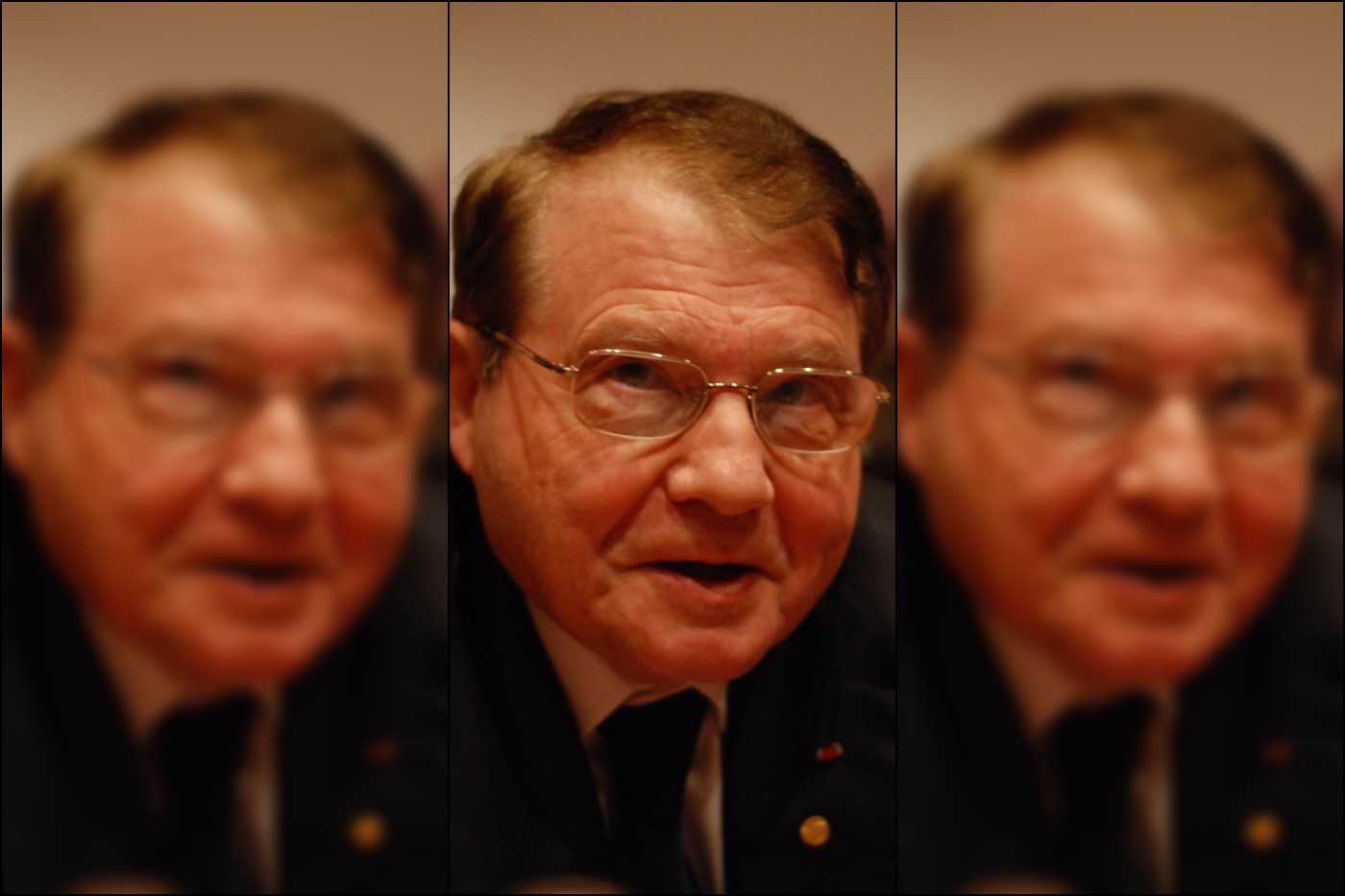 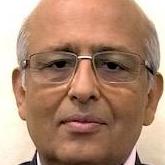 A popular message circulating on social media with reference to the French Nobel laureate, Luc Montagnier, claims that everyone who has taken any COVID-19 vaccine will die in two years.

This has caused a lot of anxiety among those who have taken the vaccines. It is also promoting vaccine hesitancy among those yet to be vaccinated.

Luc Montagnier has raised two broad issues to support his controversial views. The first is that vaccines are driving the creation of mutants. The second is that a process called antibody-dependent enhancement (ADE) is driving more (serious) infection in vaccinated persons.

People everywhere, especially in India, which is facing a serious wave of infections and death, should not be deterred by this news. They should take COVID-19 vaccines as soon as these are available to them.

Let us look at the science and the evidence.

Viruses are subject to the same evolutionary forces as other organisms – mutation, natural selection, genetic drift, recombination (and reassortment) and migration.

Mutations in all organisms, including viruses, are random. When viruses multiply, their genetic material is also copied by enzymes that make errors, just like we make spelling errors while writing. While we can go back, proofread and correct our errors, viruses are unable because their enzymes cannot proofread or make corrections. This is especially true for RNA viruses like coronaviruses, influenza viruses, etc. So mutations accumulate with every round of replication.

Competing evolutionary forces limit mutation rates. On the one hand, as viruses are exposed to changing environments – different hosts, different cell types, immune pressure – genetic variation through mutation can be advantageous. On the other hand, there must be an upper limit to mutation rates experienced by viruses (and all organisms), as excessive error will have a fitness cost.

Mutagenesis studies from another RNA virus, the vesicular stomatitis virus, show that nearly 40% of random mutations are lethal, another 29% deleterious, 27% neutral and only 4% beneficial to the virus. Thus, only very few random mutations are likely to benefit a virus and are carried forward.

The point is that contrary to the general impression, viruses cannot mutate ad nauseum.

Since it emerged in December 2019, SARS-CoV-2 has acquired several mutations. Some of these mutations have come together into variant viral lineages, a few of which are ‘variants of concern’ (VOCs) due to higher infectivity and increased ability to evade vaccine-derived immunity. The most prominent ones include B.1.1.7 (first found in the UK), B.1.351 (South Africa), P.1 (Brazil) and B.1.617 (first reported from India).

The spike protein on the virus’s surface binds to human cells to facilitate its entry. The parts of the spike that mediate binding are thus crucial, and the best possible targets for antibodies. Naturally, the goal of virus evolution would be a spike that binds better to the target cell and is harder for antibodies to neutralise.

Immune response is a strong selection force that drives the evolution of all viruses, not just SARS-CoV-2. But vaccines have also been a powerful tool against infectious diseases. Data collected since the mid-20th century shows that introduction of vaccination against any viral or bacterial disease has led to rapid reduction in the incidence of that disease. Vaccines have also been instrumental in the eradication of smallpox and the near eradication of polio.

The B.1.617 variant of SARS-CoV-2 was first detected in Maharashtra on December 7, 2020. It has now become the most common VOC in India and has spread to many other countries. In India, vaccination started on January 16, 2021. This timeline negates the view that vaccines drove the emergence of these variant viruses.

This is a phenomenon in which virus-reactive antibodies increase the efficiency of virus infection. It has conclusively been demonstrated only with secondary dengue virus infections.

Dengue viruses belong to four different serotypes: DENV1 to DENV4. A serotype is a grouping of viruses based on the type of antigens (proteins) present on its surface. The four DENV serotypes differ enough for antibodies to one serotype being able to bind but not neutralise another serotype.

Virus neutralisation and ADE are related by the number and affinity of antibody molecules bound to the virus particle. If a person is infected with DENV1 and develops neutralising antibodies, is subsequently infected with DENV2, preexisting antibodies will bind to but not neutralise DENV2. Instead, it allows the virus particle to attach better to cells that have the Fc-γ receptor on their surface. This promotes a DENV infection. But similar concerns are not there for other viruses, especially those that have a single serotype – like SARS-CoV-2.

The potential problem of ADE has already been addressed during COVID-19 vaccine development. It is mitigated by making spike proteins in their correctly folded forms to produce high levels of neutralising antibodies. All RNA or viral vector vaccines (e.g. Covishield) produce the protein from within cells in our body, taking care of the folding problem. Whole virus killed vaccines (e.g. Covaxin) have also been monitored for this.

All approved vaccines have been evaluated to ensure that they make high levels of neutralising antibodies. Further, no ADE has been documented from cases of reinfection or breakthrough infections. In fact, these infections are almost always milder than previous infections.

What did Luc Montagnier really say?

The origin of this news is traced to an article on the website of a right-wing group called the RAIR Foundation USA, which claims that the comments were made as part of a more extensive interview with ‘Hold-Up Media’ – known to promote conspiracy theories.

Since Luc Montagnier’s interview was in French, I asked two separate French speakers, Ramkumar Sambasivan at Indian Institute for Science Education and Research, Tirupati, and Aurelie Jory at the National Centre for Biological Sciences, Bengaluru, to listen to it. Both of them confirmed the following:

* He did not say vaccinated people would die in two years.

* He asserted that variants are a consequence of natural selection due to vaccinations.

* He says that ADE would lead to much stronger infection by variants in vaccinated people.

Due to his controversial views, Luc Montagnier has little credibility in the community of scientists, even in France. One article says that though he was awarded prizes for his early work, since then “he is lost in the desert”, and has been known to bring up disturbing theories. His colleagues have opposed him and his crazy theories about electromagnetic radiation being able to cure Lyme disease, a bacterial infection spread by tick bites.

In a Twitter thread, vaccine science expert Prof Gagandeep Kang, of the Christian Medical College, Vellore, has also provided evidence as to why these claims are baseless. The Government of India’s Press Information Bureau fact-checker has also called this a piece of fake news.

To sum up, there is no scientific evidence to support either of the concerns raised by Luc Montagnier.

Instead, this seems to be another disturbing theory propagated by him without any credible scientific evidence. His unscientific views were further amplified by media channels that denounced vaccinations and promoted conspiracy theories.

The fact is that all vaccines, including vaccines against COVID-19, save lives. So it is worth repeating here that everyone everywhere should take COVID-19 vaccines as soon as these are available to them.

Shahid Jameel is a virologist. He is currently director, Trivedi School of Biosciences at Ashoka University.