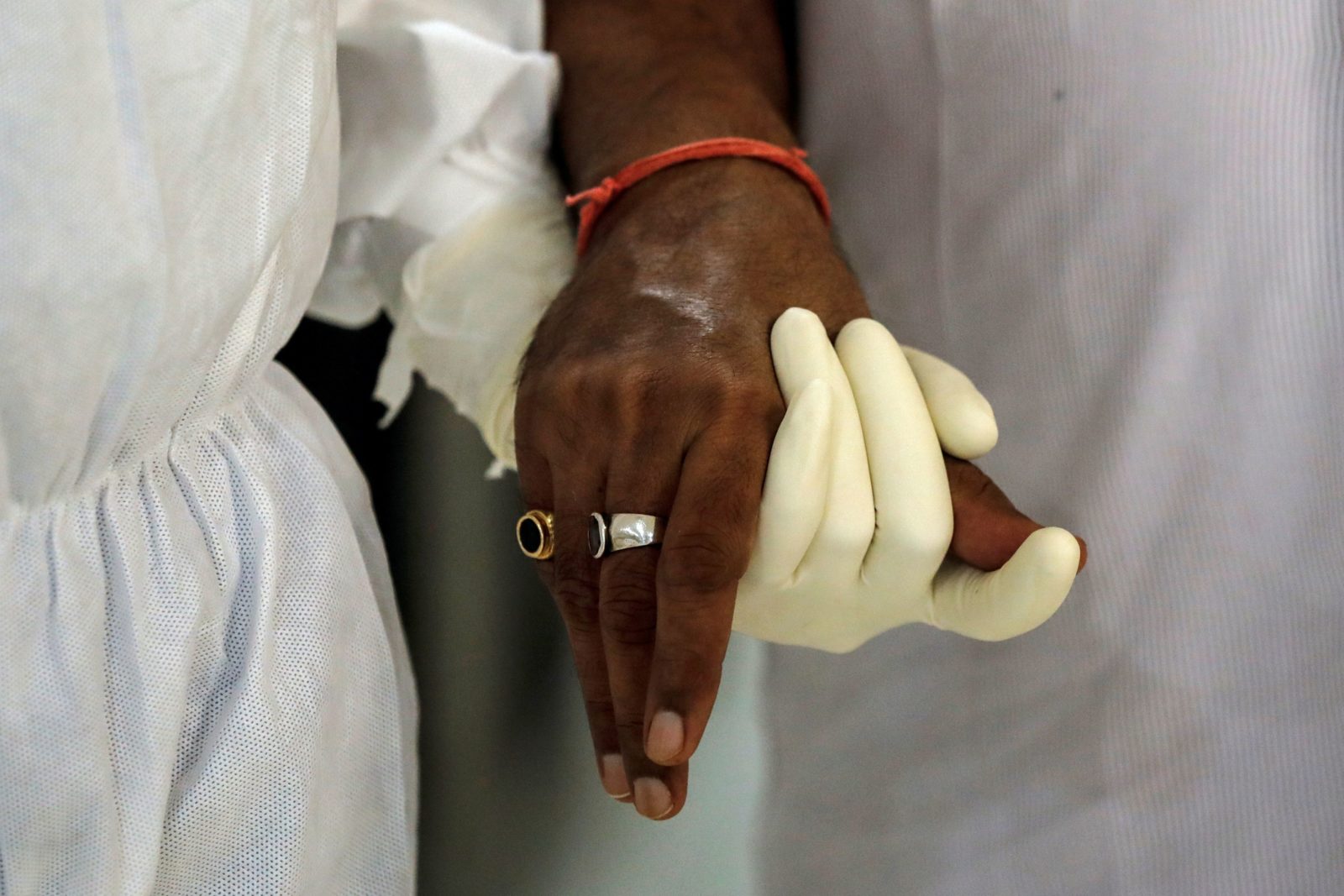 Is India Flattening the Testing Curve?

On June 16, Maharashtra’s official COVID-19 death toll surged to 5,537 as 1,328 ‘backlog’ fatalities were added into the figures, most of them from Mumbai. This followed a data reconciliation exercise to correct a discrepancy between Indian Council of Medical Research (ICMR) figures and the Maharashtra government’s own figures. It’s unclear how the discrepancy arose or if the reconciliation exercise is complete.

In mid-May, I had discussed the growing mismatch in Maharashtra between recorded COVID-19 fatalities and predicted fatalities based on case numbers. Possible explanations for the mismatch included a drop in the infection fatality rate (IFR), namely the percentage of people infected with COVID-19 actually dying. But the simplest explanation was underreporting of COVID-19 deaths. With the help of some modelling I provided a conservative estimate of 1,200 ‘missing deaths’ at the time.

But in spite of the welcome data reconciliation by the Maharashtra government, a modelling exercise suggests that today, one of the following still holds:

1. There is a sizeable number of COVID-19 fatalities in the state, which are as yet unreported;

2. There has been a considerable drop in COVID-19 IFR in the state since mid-April;

The official explanation appears to be a drop in IFR. Speaking about Mumbai, an official claimed that “the mortality rate [sic], which was around 10%, dropped to 3% by some strategic interventions”. Ignoring the misuse of the term ‘mortality rate’, the claim is an admission that we are only seeing 3 of every 10 deaths we would expect based on early trends – a claim broadly consistent with simulations (described below). Could the IFR really have dropped by 70%?

I have not seen data from any country or region supporting such a significant drop in fatality rate even as COVID-19 rages and hospitals fill up. If there has been even a modest drop in IFR, Maharashtra urgently needs to share the secret of its success with other states.

Let’s consider assumptions behind this expectation, but first, how long is ‘a short while’? This depends on the typical delay between when cases are recorded and when deaths are recorded, both on average. Let’s call this the ‘case-to-fatality reporting delay’, or C-F delay. Suppose positive cases typically enter the official figures 12 days after infection, while death typically occurs 18 days after infection and is recorded immediately. Then the typical C-F delay would be 18 minus 12, which is six days.

The C-F delay is a gross average that can be hard to estimate directly from the data. Officials seem to believe it is quite long, with one Maharashtra official claiming deaths in the first half of June were a consequence of cases reported in mid- to late May. The outputs of four simulations based on varying assumptions about the C-F delay follow. The simulations use agent-based modelling (technical details here). All data is from the crowd-sourced website COVID19 India.

In each case, we see that the simulation is reasonably able to match case and fatality data until April 15, after which a mismatch between the number of expected (green) and observed (red) fatalities develops. The results can be summarised very approximately as follows:

Let’s consider two assumptions in these simulations, both of which can result in an underestimation of fatalities.

The first assumption is that the C-F delay doesn’t change over time. In fact, as an epidemic progresses, we might expect the C-F delay to become shorter because a higher proportion of testing is now on ill patients in hospital as opposed to contacts of cases. If indeed this occurred, then estimates for missing deaths would increase: deaths today should increasingly reflect a later – and hence higher – tally of infections.

Factoring in a decreasing case detection would again lead to an increase in the estimates of missing deaths. For example, the next simulation has a C-F delay of two days, but case detection today is 43% lower than on April 15. And the lower case detection leads to an additional 6,500 or so missing fatalities.

In sum, the modelling is quite clear. If we don’t believe that there has been a significant fall in IFR in Maharashtra after mid-April, then we must accept a considerable number of unreported COVID-19 fatalities. Based on a very short C-F delay and constant case detection, about one in two fatalities has been reported to date. This is in my view a highly optimistic estimate. If we assume a longer C-F delay and/or a drop in case detection over time, then the numbers grow considerably.

So how might COVID-19 fatalities fail to enter official figures?

* Deaths of people with comorbidities may be misclassified as non-COVID, as in West Bengal in April before a policy change.

* Hospitals may fail to share data – the explanation given by the Delhi government for underreporting COVID-19 deaths in Delhi, although responsibility for the lapses remains unclear.

* Data may get lost in transit between different levels of government – which appears to have occurred in Tamil Nadu, where data on COVID-19 deaths from the Greater Chennai Corporation failed to make it to the official state count.

* As COVID-19 becomes widespread in poor and marginalised communities with minimal access to healthcare, more COVID-19 deaths at home or in nursing homes may go unreported. The fear of stigma, the potential loss of income from quarantine measures, and the complication of funeral arrangements, are all likely deterrents against alerting the authorities to a possible COVID-19 death.

But there may be some room for optimism yet. Is Maharashtra past its COVID-19 peak? This claim has certainly been made for Mumbai. Purple curves in the plots above are model-based estimates of current infectious cases. In these simulations, the answer is a tentative ‘yes’.

However, falling case detection means we need to be very cautious: the data does not rule out another surge in the event of rapid easing of lockdown or the export of the virus into previously unaffected rural areas. The data is also consistent with a slow and uncertain descent from the peak. In all scenarios, residents of the state of Maharashtra will be living with COVID-19 for some months to come.