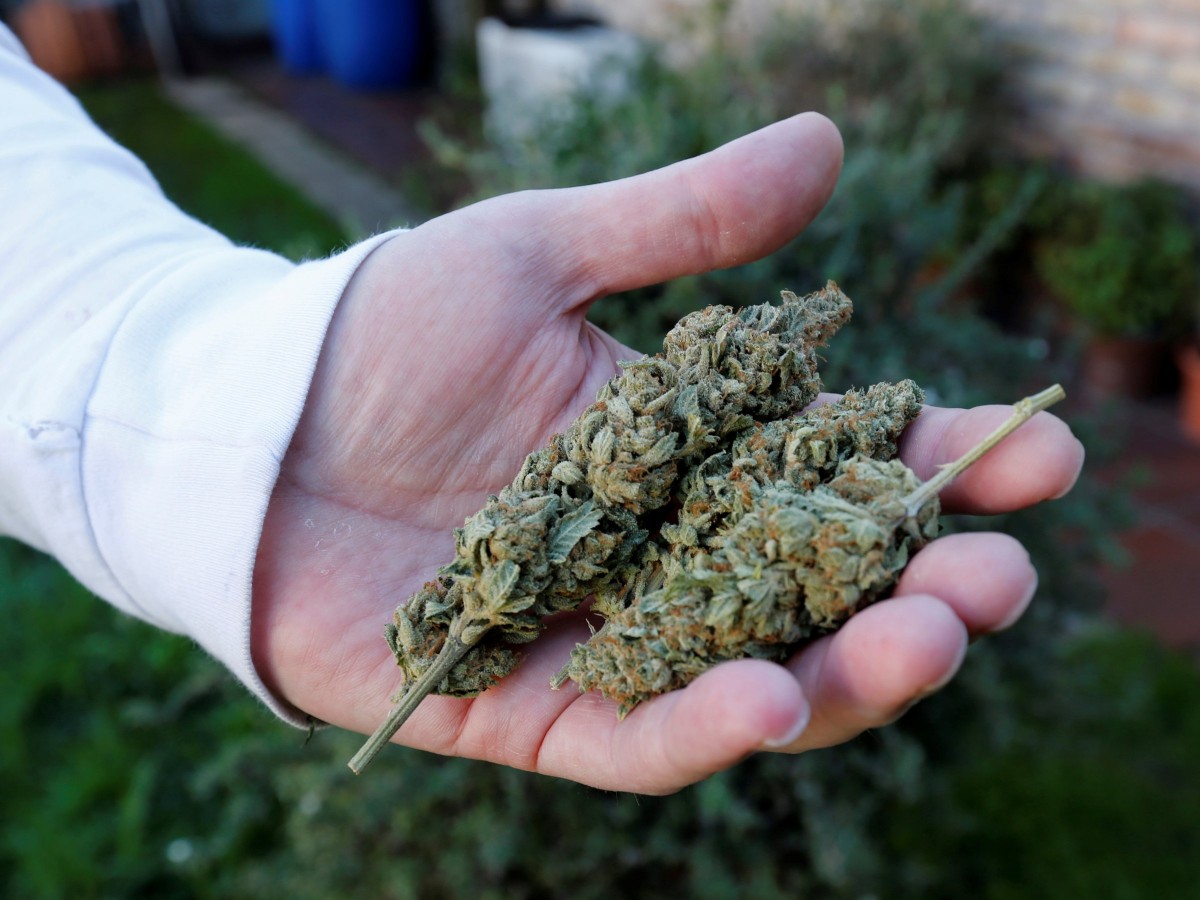 New Delhi: Indian government scientists are looking into ways to tap into medical uses of cannabis to help in management of cancer, epilepsy and sickle cell anemia.

The Indian Institute of Integrative Medicine’s (IIIM) research on this is currently at a nascent stage. The IIM is part of the Council of Scientific and Industrial Research (CSIR). The Indian Council for Medical Research and the Department of Biotechnolgy are also involved in the research.

Clinical trials will reportedly be carried out at Tata Memorial Centre, All India Institute of Medical Sciences and a Raipur-based hospital.

Rajendra Badwe, director at Tata Memorial Centre said that cannabis could be called a “natural product” and not a “drug.”

Two significant chemical components which can be derived from the Cannabis sativa plant is cannabidiol and the other is tetrahydrocannabinol. The latter is the primary psychoactive component in marijuana.

The new compound, which the Indian scientists are working on, will contain both of these components.

Also Read: How Cannabis Jumped from ‘Colonial Science’ to Western Medicine – in Calcutta

“There is a lot of misconception about cannabis, owing mainly to its abuse because of its psychotropic component, tetrahydrocannabinol. But the two compounds are also very effective for pain relief,” said Dr Ram Vishwakarma, director, IIIM, to Hindustan Times. He says that for “effective pain relief”, both components are needed.

During the early stage of research, animal trials have been conducted. The researchers have written to the Drug Controller General of India for necessary permissions.

IIIM is also looking to ease out the tight regulations in India preventing cannabis farming. For this research, IIIM has taken special permission from the state of Jammu and Kashmir to farm limited amounts of cannabis.

Cannabis (along with coca and opium poppy) is prohibited in India for purposes other than medical and scientific under the Narcotic Drugs and Psychotropic Substances Act, 1985. Specifically, cultivation, production, possession, usage, transportation are prohibited.

“There is a very thin line between use, misuse and abuse of a substance and it is our responsibility to draw that line,” said Jitendra Singh, minister of state for Prime Minister’s office, at a recent press conference in Delhi.

In June, the US Food and Drug Administration approved Epidiolex, the first drug which has an active ingredient derived from marijuana. It can treat rare and severe forms of epilepsy.

The Wire Science@TheWireScience
3 Following 14.7K Followers
Though the probability of human to human transmission of avian influenza is low, chances cannot be entirely ruled o… https://t.co/ueqE4R864x
6 hours ago
Thousands of COVID-19 patients continue to suffer serious, debilitating and lingering symptoms many months after th… https://t.co/w6Jn599SlU
7 hours ago
1 1
Shark finning and shark fin exports are banned in India, but there are no restrictions on consuming shark meat, exc… https://t.co/JhaNPfPE1X
20 hours ago
1 1
Raghav Chadha, vice-chairman, of the Delhi Jal Board told ANI that Delhi will face a water crisis if the Centre clo… https://t.co/OInstXv8My
21 hours ago
1 1
The global spread of intestinal multidrug resistant gram-negative (MDR-GN) bacteria poses a serious threat to human… https://t.co/iAeNyl6Phs
22 hours ago
1
In Patanjali's Coronil study, the average age in the treatment group and placebo group was 33 yrs and 35 yrs, respe… https://t.co/8hIgWdeHDA
23 hours ago
3 8
Delhi is on the verge of an imminent water crisis this summer with a possible closing of the Nangal Hydel channel. https://t.co/kE8yGcPYCt
23 hours ago
1
In 2016, India was declared the second largest shark fishing nation in the world. Supriya Vohra writes. https://t.co/VGUty7WN5c
24 hours ago
1
India has provided 361.94 lakh doses of anti-coronavirus vaccines to various countries, out of which 67.5 lakh dose… https://t.co/h4pQguMSBh
1 day ago
3
International travellers are particularly vulnerable to virulent strains of drug-resistant bacteria – often picking… https://t.co/9vNSfoX14G
1 day ago
1 3
In October, India and South Africa called on the WTO's Council for TRIPS to recommend that the organization issue a… https://t.co/M6uul6ZrLv
1 day ago
3
China’s air quality targets for this year will be set at a slightly higher level than last year’s average, an offic… https://t.co/KcJwz11lZ5
1 day ago
1 2
Tigers in parts of east and south-east Asia can come in bottled form, sold openly in industrial breeding centres as… https://t.co/OezTkrG6dl
1 day ago
1
Johnson & Johnson‘s one-dose COVID-19 vaccine appeared safe and effective in trials, the U.S. Food and Drug Adminis… https://t.co/4D4odQF0dh
1 day ago
1 3
Students across the country are worried by the hike in application fees by NBE for merely appearing in the NEET PG… https://t.co/IaftvQANOK
2 days ago
1 4
Contact us

The Story of the Unfortunate Scotsman, Himalayan Trout and Pahadi Pride

India Votes to Remove Some Controls on Cannabis in UN Treaty