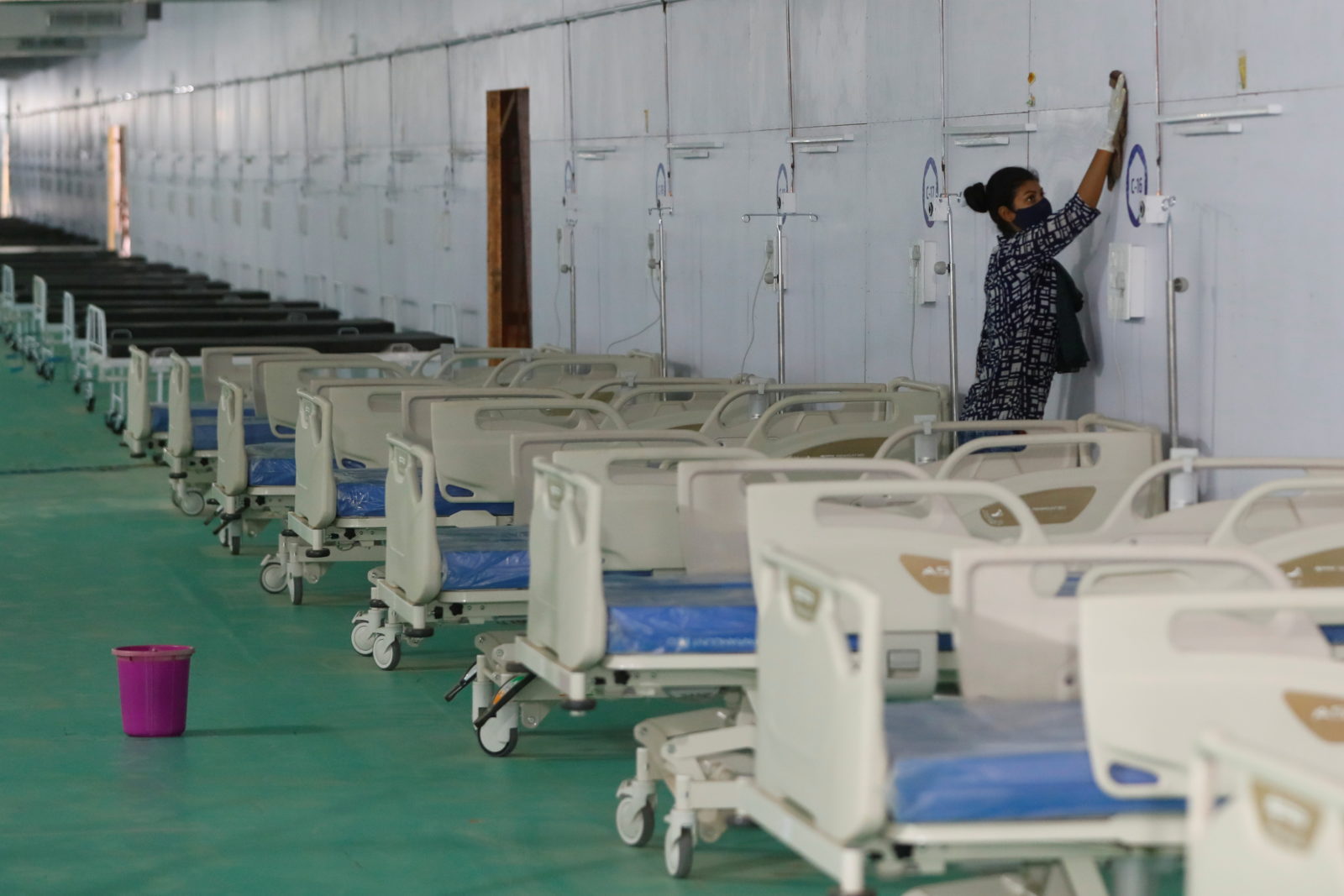 As Nations Announce New Climate Goals, What Lies in the Montreal Protocol’s Future?

A worker cleans a wall next to beds at the site of a temporary COVID-19 care facility in New Delhi, May 12, 2021. Photo: Reuters/Adnan Abidi

Bengaluru/New Delhi:  India recorded more than 4,000 COVID-19 deaths for a second straight day on Thursday, while infections stayed below 400,000 for a fourth day, though the virus has become rampant in rural areas where cases can go unreported due to a lack of testing.

Experts remain unsure when numbers will peak and concern is growing about the transmissibility of the variant that is driving infections in India and spreading worldwide.

The situation is particularly bad in rural areas of Uttar Pradesh, India‘s most populous state with a population of over 230 million. Television pictures have shown families weeping over the dead in rural hospitals or camping in wards to tend the sick.

Bodies have washed up in the Ganga, the river that flows through the state, as crematoriums are overwhelmed and wood for funeral pyres is in short supply.

“Official statistics give you no idea of the devastating pandemic that is raging through rural UP,” wrote well-known activist and opposition politician Yogendra Yadav in The Print.

“Widespread ignorance, lack of nearby or adequate testing facilities, official and unofficial cap on testing and inordinate delays in test reports have meant that in village after village, virtually no one has been tested, while scores of people complain of a ‘strange fever’”.

According to health ministry data, India had 362,727 new COVID-19 infections over the last 24 hours while deaths climbed by 4,120.

The surge in infections has been accompanied by a slowdown in vaccinations, although Prime Minister Narendra Modi announced that vaccinations would be open to all adults from May 1.

Two states – Karnataka and Maharashtra – have announced they will temporarily suspend vaccination for people aged 18-44 years as they prioritize those over 45 who need their second dose.

India is the world’s largest vaccine producer, but has run low on stocks in the face of the huge demand. As of Thursday, it had fully vaccinated just over 38.2 million people, or about 2.8% of a population of about 1.35 billion, government data shows.