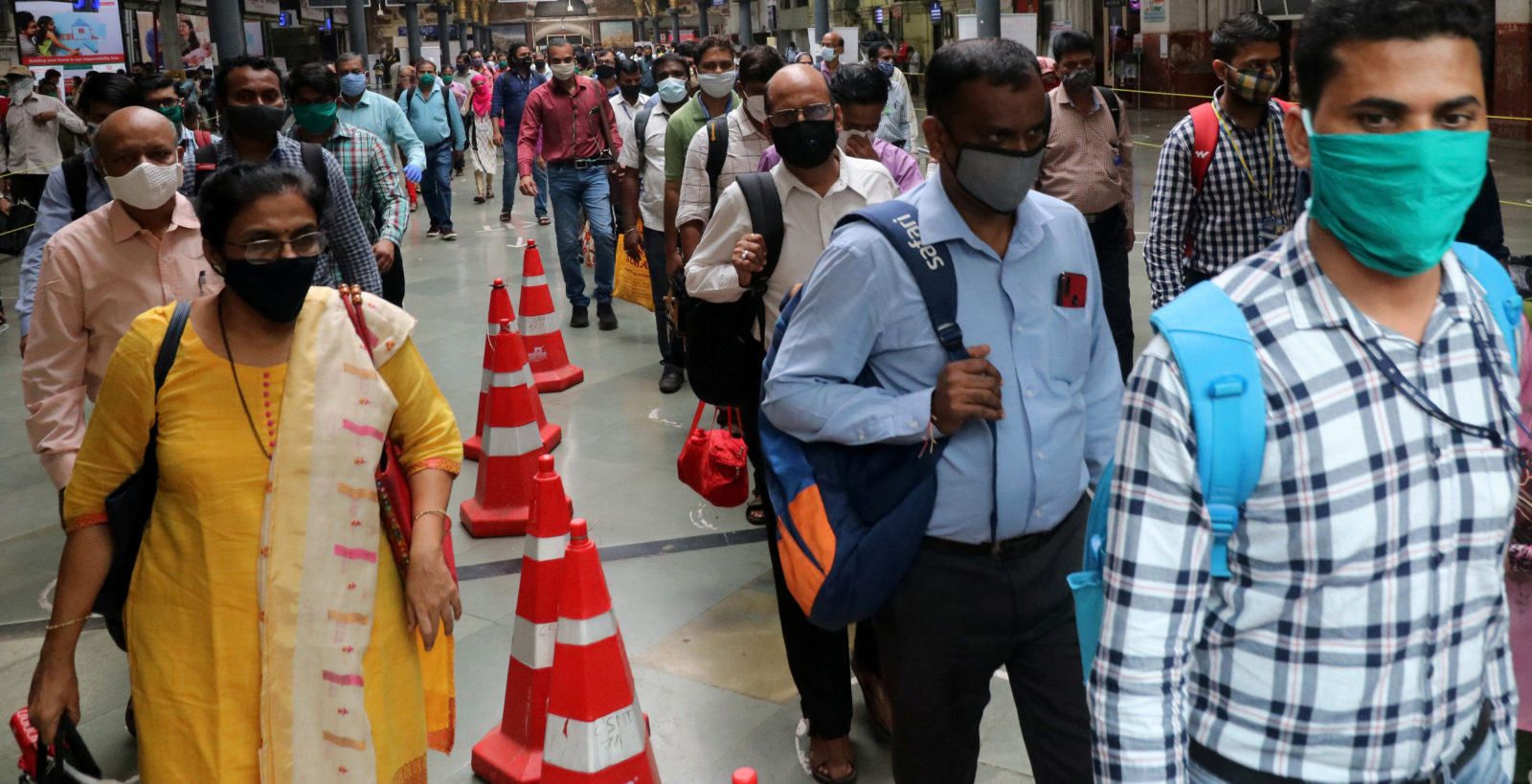 Despite an epidemic that has been both long and harsh, Mumbai recently experienced a surge in its daily COVID-19 cases. Specifically, there have been over 50,000 new cases in September thus far – more than a quarter of the city’s total. What could explain such a dramatic rise when so many in the city have already had the disease?

Before trying to explain the surge, let’s stress that it is real. We know that ups and downs in testing, and switching between different kinds of tests, can create fluctuations in case numbers – as seen in Delhi. Mumbai’s rise in cases is not explained by such changes. The proportion of rapid antigen tests in the total has remained fairly steady. The number of tests has risen, but so has test positivity, which is the ratio of confirmed cases to total tests. This suggests that testing has expanded to keep pace with the surge.

To make sense of the rise in cases, we need to understand two features of Mumbai’s epidemic:

1. Highly uneven spread of infection in slum and non-slum areas

2. Highly uneven detection of infection between slum and non-slum areas

The second of these, in particular, has not received the attention it deserves. It means one can go very wrong in making claims about infections based on reported cases.

How big is the surge?

To know how fast the infection is spreading, we need to know what percentage of infections are being detected. Mumbai’s seroprevalence survey indicated that under 2% of infections had been detected by early July. This has definitely improved since; we will return to the question of why and how much. But even supposing very optimistically that we are detecting 10% of new infections today, September’s 50,000 new cases would translate into a massive 5 lakh new infections, 20,000 every day. So at a very conservative estimate, about 4% of the city’s population has been infected in less than a month.

The headline from Mumbai’s seroprevalence survey was that, by early July, the disease had spread much more rapidly in slum than in non-slum areas. Overall, about 35% of the city’s population had been exposed to COVID-19. However, this comprised about 57% of slum dwellers versus only about 16% of non-slum dwellers. People in the slums were more than three times as likely to have had the disease. And although only three wards were surveyed, data from across the city’s 24 wards backed up the conclusions from the surveyed wards.

We can safely say that, until June, most transmission was occurring among slum-dwellers. However, as the virus’s spread wound down in the slums, there came a shift away from the slums. This is evident in the city’s data, most strikingly in the age profile of those dying from COVID-19 in the city: the proportion of the elderly in the city’s official COVID-19 death toll rose steadily from June.

The seroprevalence survey and the ward-wise data together painted a stark picture of disease surveillance: an infection was many times more likely to be detected in non-slum areas than in the slums. (More details here.) To illustrate the point, let’s divide the city into three strata comprising slum-heavy wards, slum-light wards and those in between. We see that the slum-heavy wards contributed the fewest cases even as the epidemic swept through the slums in May.

The asymmetry is huge. By early July, an infection in the slums had an approximately 0.8% chance of being detected, as opposed to about 5.9% outside the slums – over seven-times higher. The reasons are likely to be twofold:

* Weaker disease surveillance and less access to testing in the slums

Without more data, we can’t know the relative contribution of these two factors.

One consequence of uneven detection is a bit surprising. Even if detection has remained constant in both slums and non-slum areas, it has still greatly improved overall since the seroprevalence survey simply because a bigger share of new infections have occurred in non-slum areas, where they are much more likely to be detected.

To explain the September surge, we need to ask: how many people have had COVID-19 to date – in slum areas, non-slum areas and the city as a whole?

The city’s second seroprevalence survey will no doubt shed light on this, but no data has been released at the time of writing. Nevertheless, we can explore a range of possibilities based on various levels of improvement in case detection in slum and non-slum areas. Taking prevalence in the slums to be between 65% and 80%, we get estimates for prevalence in non-slum areas ranging from 25% to 46%, and in the city overall ranging from 47% to 62%.

A plausible intermediate scenario is that 70% in the slums, 34% in non-slum areas and 53% in the city as a whole have had COVID-19. In this scenario, detection has improved markedly – averaging 5% after the seroprevalence survey – both because of increased testing and more infections occurring in non-slum areas.

But are most new infections occurring in non-slum areas? Probably, but poor detection in slums means we need to exercise a little caution. Even at a lower estimate of about 65% prevalence in the slums, transmission in the slums should be considerably slowed. But there is clearly some uptick in the slums as well, visible as the modest rise in active containment zones, which together enclose a much larger population than sealed buildings. The rise in containment zones came very recently, and could indicate disease spreading from non-slum areas to the slums.

With the general easing of the lockdown’s restrictions, and the prevalence of COVID-19 in non-slum areas still being relatively low, the current surge shouldn’t be entirely surprising. Even if daily cases subside back to August levels, a steady flow of new infections could continue for some time.

Without denying the scale of the upsurge, it is important to remember that uneven detection magnifies what is happening in non-slum areas at the expense of the slums. Daily transmissions were almost certainly highest near the end of May, but this is not reflected in cases since the vast majority of infections were going undetected in the slums.

Finally, what is driving the increased transmission? Is it directly related to ‘unlock’? Is it occurring within households and local areas, in public transport or in workplaces? Is poor mask-use to blame? We don’t know the answers. But the need to earn a living, and general fatigue with the prolonged epidemic and restrictions, must surely play a part.