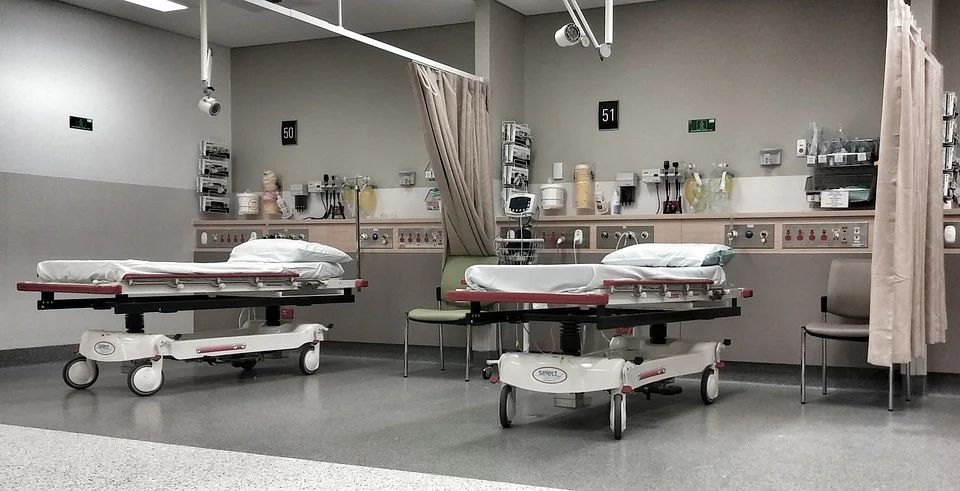 New Delhi: With more than 25,000 cases, Maharashtra has reported the highest number of COVID-19 infections in India. Yet, it appears that the state’s capital Mumbai, which has been the most affected, may have run out of beds for severely ill patients in both public and private hospitals.

On Monday and Tuesday, the Brihanmumbai Municipal Corporation (BMC) told patients calling its helpline (1916) to register on its waitlist as beds were not available.

The acute shortage of beds has led the BMC to request Nair hospital, KEM hospital, Sion hospital and Seven Hills hospital to scale up capacity for COVID-19 patients.

Mumbai alone has more than 15,000 COVID-19 cases, but has a capacity of merely 4,750 beds for critical patients in different city hospitals. The Indian Express reported that the state government said that three per cent of these cases are critical while 27% are symptomatic cases. As a result, the dearth of beds is proving to be a mounting challenge for the government.

While 1,750 beds were added in the first week of May, beds are still falling short. In the last 24 hours, 1,500 new beds have been added in the city’s hospitals but their demand is only likely to grow. NDTV reported that hospitals have now been forced to reduce the gaps between beds to accommodate more critical patients. “Since the patients are already infected, why keep the gap,” an official told the news channel.

“For instance in Nair hospital, the number of beds have gone up from 336 to 800, in KEM Hospital from 200 to 220 beds, and in St George, from 400 to 690 beds. All 250 ventilators for coronavirus patients at Mumbai’s government hospitals are in use, such is the rate of infections,” the official said, adding that private hospitals catering to COVID-19 patients have been asked to urgently arrange at least 200 ventilators beds.

The financial hub is projected to have more than 50,000 patients by the end of this month. Sixty percent of the total deaths (921) due to COVID-19 in Maharashtra have been reported from the city alone.

Critical patients struggle to get admitted

Speaking to the Indian Express, a person who visited several hospitals on Monday to get his 67-year-old mother admitted said that the BMC helpline took his mother’s details and asked him to wait as all beds were occupied. His mother complained of severe breathlessness and chest pain but had not undergone a COVID-19 test.

“They took my details and said they will inform me. But I could not just sit at home with my mother ill,” he said. He took his diabetic mother to Dhanvantari Hospital and Research Centre first where he was told it did not treat COVID-19 patients. Then he visited PD Hinduja hospital where doctors asked for her mother’s test report first to admit her. His next stop was SL Raheja hospital which refused to admit his mother because it had no beds available. The woman was yet to be tested for the infection. As he inquired, he found that even Gokuldas Tejpal (GT) hospital, GT hospital and St George’s hospital were full. His final stop was Lilavati hospital that was full too, but the officials eventually admitted his mother in the emergency ward as she urgently required oxygen support.

Also read: What Maharashtra Can Do to Tackle COVID-19 While Easing the Lockdown

In a similar instance, a 61-year-old dialysis patient was refused admission in many hospitals despite the fact she had tested positive for COVID-19. All the three hospitals – Raheja hospital, PD Hinduja hospital and Seven Hills hospital – that her family called said that all beds were full.

“I then called Bombay hospital. They had a bed but no dialysis facility for COVID-19 patients. Finally, we used some influence to get her admitted to Nanavati hospital, where a patient had just been discharged,” the patient’s daughter said, adding that she suspected her mother contracted the virus from a dialysis machine at another hospital.

BMC officials said that although enough beds were available to quarantine high-risk slum dwellers and asymptomatic infected patients, they were short of beds for critical patients who needed immediate support.

“The current situation is so bad that we have to wait for a patient to get discharged to admit another. The beds are always occupied,” Dr Mangala Gomare, deputy executive health officer, told the daily.

The officials also complained that hospitals were not prompt enough to provide real-time updates if beds become available.

“This morning, we had three discharges, and already three patients were waiting in casualty to get admitted, all requiring ICU support,” said Dr V. Ravishankar, chief operating officer in Lilavati, while saying that the facility had 37 beds for COVID-19 patients, including the six in ICU.

He said that it wasn’t easy to add more beds as the hospital did not have enough staff to cater to an ever-increasing number of COVID-19 cases. “We now plan to change staffing pattern – one nurse to look after three beds instead of two. Only then can we add more beds,” Ravishankar said.

Similarly, St George’s hospital officials said that they have 102 COVID-19 beds, and all of them were full as on Tuesday. “Twenty-six patients were on ventilator. One patient requiring emergency hospitalisation had to be kept in the casualty ward, as no ICU beds were vacant. A doctor said they cannot keep patients in casualty for long and had four more patients on a waiting list,” the daily reported about St George’s hospital.

It had decided to add another 24 beds by Wednesday but expressed its inability to add more owing to the lack of enough doctors and paramedical staff.

BMC’s plans to free up beds

The state government has categorised three levels of COVID-19 treatment facilities. One, COVID-19 care units to cater to asymptomatic or mildly symptomatic patients. There are 14,000 beds in such centres. COVID-19 facilities, which have over 10,000 beds, admit moderately-ill patients who complain of minor breathlessness. The acute shortage is being experienced at dedicated hospitals which are treating severely-affected patients among whom the death rate is the highest.

“The discharge policy is also being strictly followed to ensure beds get free on time for another patient,” said deputy executive health officer Dr Daksha Shahy. Since Monday, BMC has started to follow the Union government’s protocol on discharge and is now discharging asymptomatic and mildly-symptomatic patients after 10 days without a test if they do not develop more symptoms.

“Those with moderate or severe symptoms will be discharged after one negative test result, and if they are stable. Civic officials said the new discharge policy will help free beds quicker,” the daily reported.

Note: The story has been updated to remove the words ‘privately-funded’ which has been erroneously used to describe four Mumbai hospitals in an earlier version.