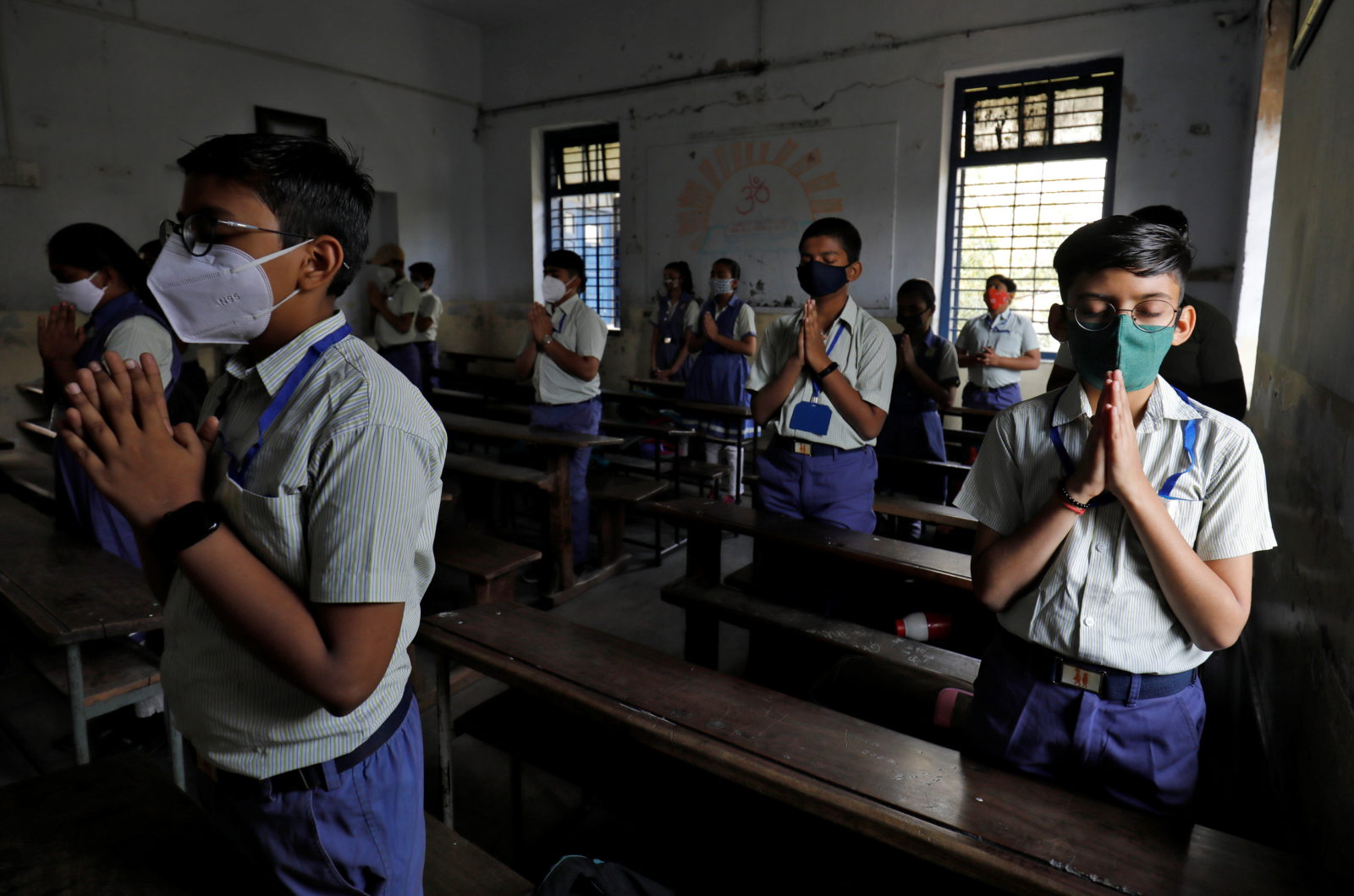 Uttarakhand Flood: ‘Solutions of Yesterday No Match for Challenges of Tomorrow’

Students pray inside their classroom following the reopening of schools for the students of classes 6 to 8 in Gujarat state, after months of closure due to the coronavirus disease (COVID-19) outbreak in Ahmedabad, India. Photo: Reuters/Amit Dave

New Delhi: India reported on Friday its biggest jump in new coronavirus infections in three weeks, with 13,193 cases, while thousands of marshals fanned out to enforce mask wearing across the financial capital of Mumbai, which is battling a recent spurt.

The tally of confirmed infections is 10.96 million, the second highest after the United States, with more than 156,000 deaths. But actual infections could range as high as 300 million, a government serological survey showed this month.

In recent days, 75% of India’s new cases have been reported from the southern state of Kerala and Maharashtra, home to Mumbai, a densely populated city of 20 million people. The two states already had the highest number of reported infections.

Health experts suggest the re-opening of educational institutes in Kerala and resumption of suburban train services in Mumbai could be key factors.

After a gap of 11 months, Mumbai resumed on Feb. 1 full suburban train services, which before the pandemic carried a daily average of 8 million people.

The city has begun hiring marshals to enforce mask wearing. Out of nearly 5,000 marshals, around 300 would be deployed on the rail network, city authorities said.

Indians have largely given up on masks and social distancing, Reuters reporting shows.

“Coronavirus has not yet left the country,” the health ministry said on Twitter. “We still need to follow COVID-appropriate behaviour. No carelessness till there is a cure.”

Despite the recent rise in infections, India’s daily tally of new cases remains well below a mid-September peak of nearly 100,000. Testing numbers have also fallen to about 800,000 a day from more than 1 million.

Since starting its vaccine campaign in mid-January, India has administered nearly 10 million doses, aiming to cover 300 million people by August.