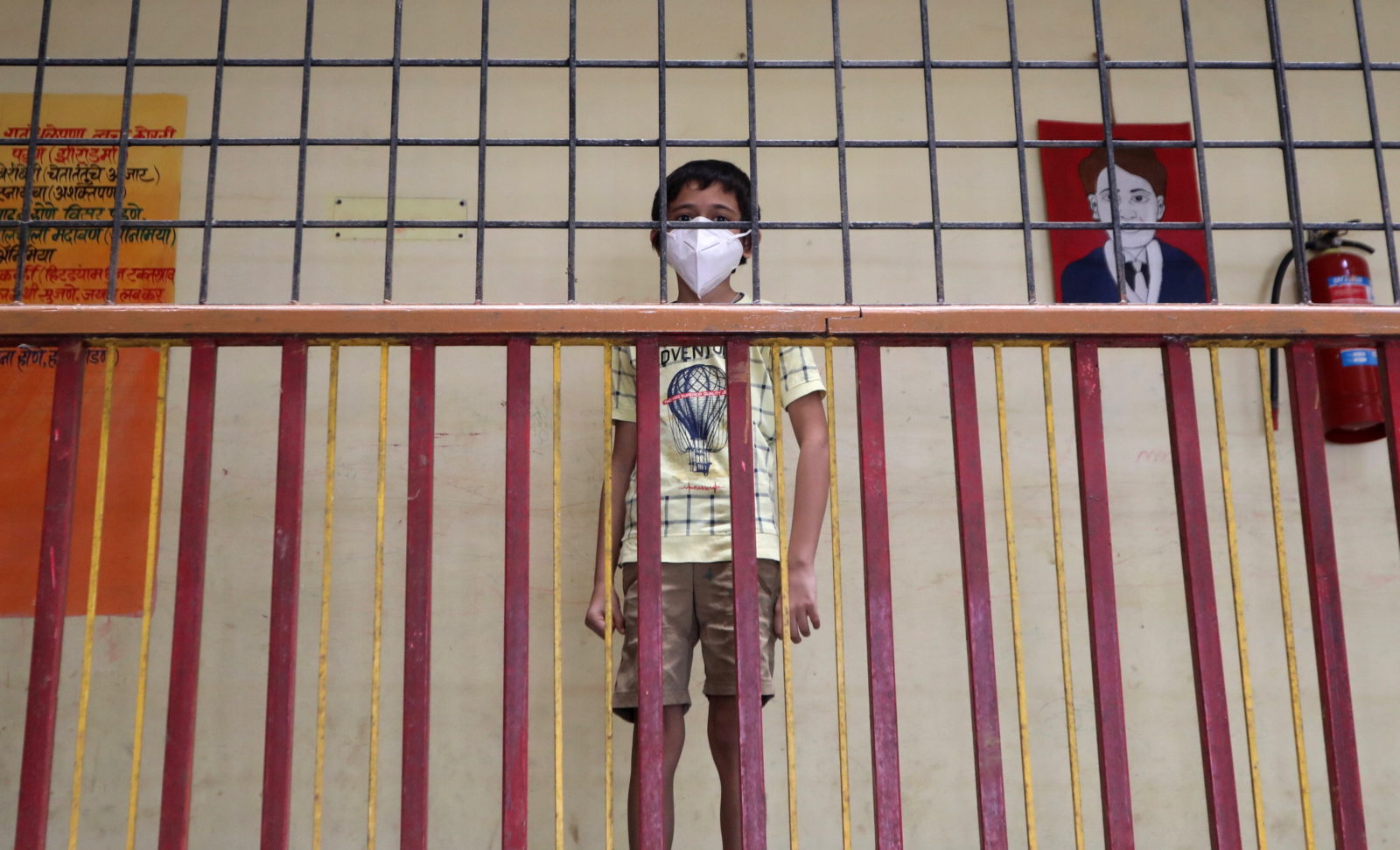 A boy suffering from COVID-19 stands outside his room at a school-turned care facility on the outskirts of Mumbai, May 24, 2021. Photo: Reuters/Francis Mascarenhas

Mumbai’s current COVID-19 wave is not over. But the city is in a much better position than it was six weeks ago. The case-load has fallen steadily. Daily cases averaged under 1,300 during the week ending May 24, just 13% of peak values in early April.

The number of daily deaths recorded has also been falling. It peaked at around 80 per day at the beginning of May and has dropped to around 50 per day during the week ending May 24. The drop is encouraging, but slower than expected from the drop in cases.

Looking at hospitalisations – while the use of so-called oxygen beds in the city has dropped sharply, the use of ICU and ventilator beds, needed for more critical patients, has fallen only slightly. The mortality crisis is not yet over, even though the city has now officially lost around one in every 900 of its residents to the disease.

The scale of the surge

The latest surge has so far added over 380,000 new cases and 3,200 new recorded deaths to Mumbai’s total. That amounts to over half of the city’s total cases and about 22% of recorded deaths. Deaths are still mounting, so the picture is incomplete. But the mismatch is interesting, and something we’ll come back to.

Remarkably, the total number of infections Mumbai has seen since the pandemic began may be approaching the total number of residents in the city. This does not mean that almost everyone has been infected. It hints that reinfections could have been quite common, especially in the slums and during this wave.

What role have new variants of the virus played?

The speed and scale of the surge quite probably reflect the circulation of new variants of SARS-CoV-2, the virus that causes COVID-19. Limited genome sequencing data means the detail is still unclear.

Up to May 24, the public repository GISAID held only 92 SARS-CoV-2 sequences collected in Mumbai during 2021. Almost all were collected in March or earlier; only nine were from early April. The majority were of the variant B.1.617 believed to be playing a key role in surges across India.

In fact, the majority of Mumbai’s sequences on GISAID involved the subtype B.1.617.1, whose properties we haven’t yet studied well. But this could be misleading: it is possible that the mix of variants in the city has changed over time. Travellers to the UK from Mumbai during late April tested positive for B.1.617.2 more often than for B.1.617.1.

B.1.617.2 is better studied, and is now known to be a highly transmissible variant of the virus, also able to cause infection fairly frequently in partially vaccinated individuals. This suggests it might also cause reinfections more easily than previous variants, although data on this is not available. So far, there is no evidence to indicate that B.1.617’s subtypes cause more severe disease.

The role of mitigation

What has brought cases down? The answer must involve a mix of two factors: mitigation and increasing immunity.

Let’s begin with mitigation. After some limited restrictions were introduced in late March, the city corporation ramped up efforts to slow disease spread in early April. The new measures included strict restrictions on gatherings, and shutting places of worship, restaurants, cinemas and non-essential shops.

Google mobility data suggests mobility started to fall in late March, then more rapidly in early April. By late April the fall had slowed, and mobility seemed to have risen back a little during May. The patterns are similar for Mumbai’s two districts.

It seems likely that the reduction in mobility reflects changes in behaviour that played an important part in cutting transmission. These also very likely accelerated the fall in cases after the peak.

Aside from mitigation, increasing immunity must have played a part in bringing down cases. The surge itself, and some vaccination, have added to population-level immunity. Can we estimate how much?

Discussions around immunity in the context of COVID-19 tend to be too simple. Our immune responses may fail to stop an infection, but still keep us from falling badly ill. Previous infections or vaccination likely prevent severe disease in most people, symptomatic disease in many, and infection/transmission in fewer.

Complicating things further, timing, variants and vaccines all matter. Older infections provide weaker protection; some variants can more easily cause disease in people previously infected or vaccinated; and some vaccines are more effective against certain variants than others.

So, it is theoretically and practically difficult to put numbers on “how much” population immunity there is in a city. If Mumbai opened up suddenly, there is no convincing calculation to say there wouldn’t be another surge. For the moment at least, it should be more muted, but what about in six months’ time? We just don’t know.

Most estimates of recent infections suggest Mumbai has seen fewer recorded deaths during this wave than expected from last year’s data. Bearing in mind that the picture is still incomplete, why might this be?

We should always assume that some COVID deaths fail to be recorded. But there are few reasons to believe that death undercounting is worse than last year, so this doesn’t explain the trend. It seems the fatality rate in the city may genuinely have fallen. Why could this be?

The most likely explanation: the combined effects of previous infections, especially in the slums, and some vaccination in the elderly, mean that more infections have been mild during this surge. This is speculative – but is consistent with a drop in the fraction of the elderly in the death toll following the vaccination drive, and with anecdotal reports of relatively few hospitalisations of slum residents during this wave.

What next for Mumbai?

Rapid vaccination must remain a priority to protect the city. According to the latest dashboard, only around 17% have had at least one vaccine dose, and only around 6% are fully vaccinated. The pace of vaccination has slowed, undoubtedly because of vaccine shortages. The elderly are still far from fully covered.

With vaccines in short supply, focusing on the most vulnerable still makes sense. This must include reaching vulnerable slum residents, and giving second doses on time: the latest data suggests that two doses of Covishield (the Oxford-AstraZeneca vaccine) are much more effective at preventing disease from B.1.617.2, than just one.

It is also key to keep an eye on mobility data. There is still quite a lot of transmission occurring, and the worry is that changes in behaviour could push it up again.

An important unanswered question: why have recorded deaths been slow to fall? Does this reflect reporting delays? Longer hospitalisations? Could disease have continued to spread in vulnerable populations even as transmission fell?

The city corporation no doubt holds data which could help answer these and other crucial questions. For an understanding of the latest wave, and for forecasting, it is crucial to have:

* Data on infections in vaccinated people

Making such data widely available would help keep the city one step ahead. We’d understand the degree to which infection and vaccination are protecting Mumbai from the variants in circulation. City administrations around the world could gain crucial insights by studying Mumbai’s long and harsh COVID-19 epidemic.