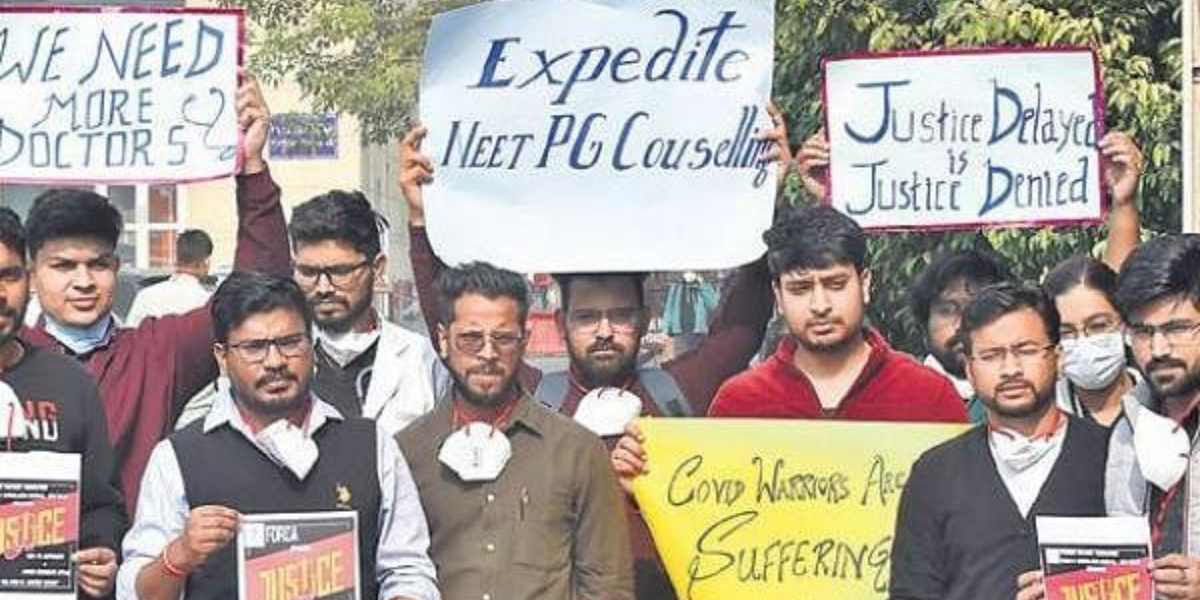 In Great Nicobar, an EIA Points the Way for a Megaproject

The Supreme Court on January 7, in an interim order, allowed resumption of medical counselling for NEET-PG admissions for the year 2021-22.

“As assured by the Ministry of Health to the resident doctors, following the order of the Honourable Supreme Court, the NEET-PG counselling is being started by the Medical Counselling Committee from January 12, 2022.

“This will give more strength to the country in the fight against Corona. My best wishes to all the candidates,” Mandaviya said in a tweet in Hindi.

The NEET-PG exam was held on September 11, 2021, after being rescheduled twice in January and April.

Its results were declared in the last week of September following which students for nearly 45,000 postgraduate seats had been waiting for the counselling to begin.