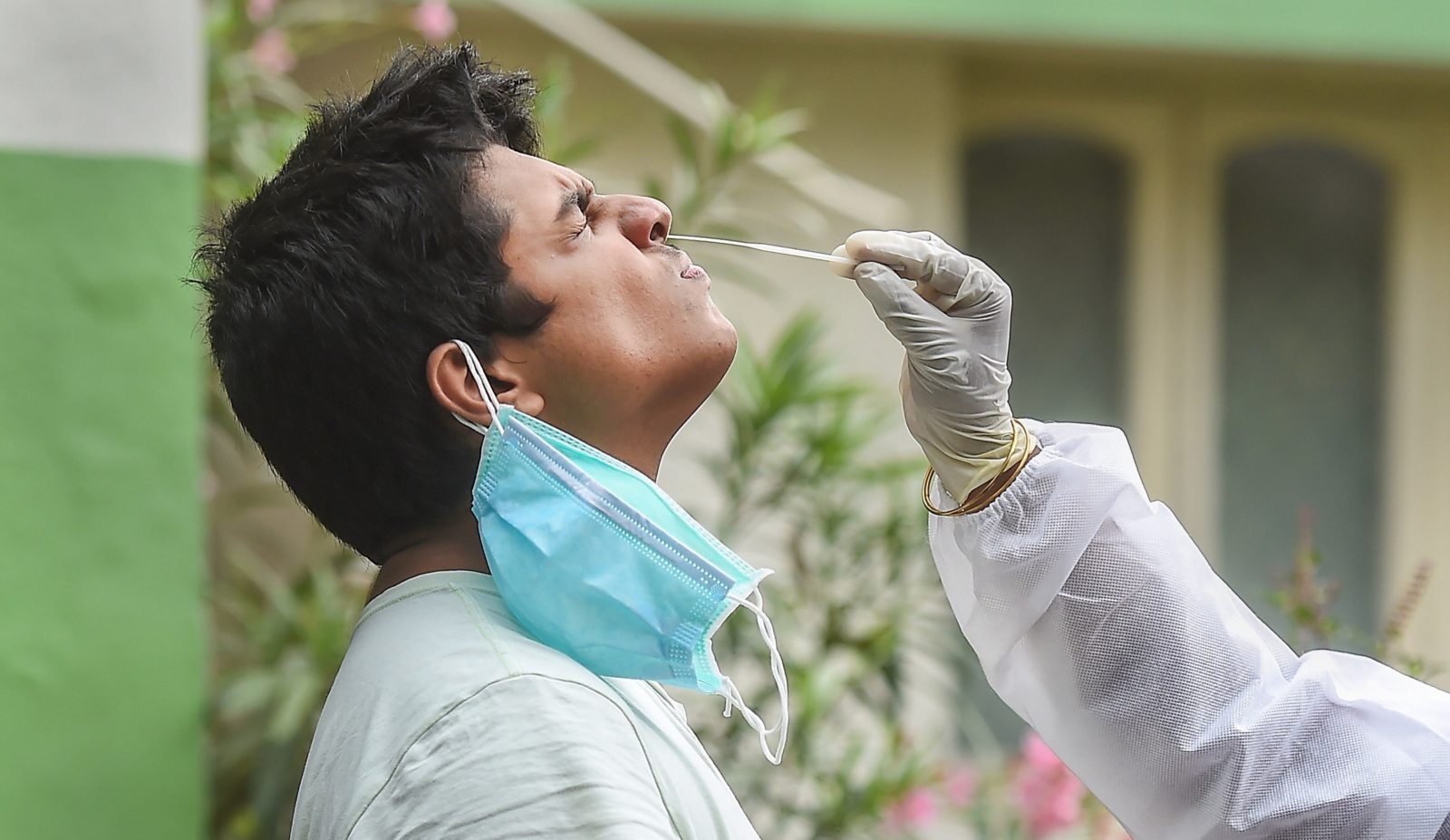 Chennai: As fresh COVID-19 cases continued to increase, the Tamil Nadu government on Thursday announced reintroduction of curbs like permission only for 50% seating capacity in cinema halls and a ban on select activities effective April 10, to help prevent the spread of the virus.

All those above 45 years of age should get vaccinated within two weeks in either government or recognised private facilities to help prevent the virus spread, the government advised.

Retail outlets in big vegetable markets like the sprawling Koyambedu complex in Chennai and similar large facilities in districts shall not be allowed to operate, an official release said.

In Chennai, intake of passengers in buses and intra and inter-state travel shall be confined to seating capacity of vehicles and no passenger shall be allowed to travel by standing. In taxis and autorickshaws, only three and two passengers would be allowed respectively.

Gatherings for religious and festival purposes would be prohibited and prayers in all places of worship by adhering to norms like social distancing shall be permitted only up to 8 pm. The e-registration rule would be in place as before to monitor those arriving in Tamil Nadu from other states and abroad.

Limiting the maximum number of people who could take part in weddings to 100 and those for funeral to 50, the government said spectators shall not be allowed for sporting events and swimming pools must be used only for training.

Be it groceries, retail shops, malls, big format stores, restaurants and tea shops, the number of people who could gather at any given time shall not exceed 50% of the capacity and all outlets could function till 11 pm and take away services would also be open till such time.

The only ‘50%’ rule would also be applicable to movie theatres including single screen and multiplex, zoos, amusement parks, recreation clubs and ‘200’ is the maximum number of people who could be allowed in auditoriums for events including cultural, entertainment, political or sports.

Emphasising strict adherence to standard operating procedures (SOPs) including wearing masks and social distancing, the government appealed to the people to cooperate with it to aid prevention of the spread of the virus.

Firms, factories, commercial complexes and hotels must ensure thermal screening, use of hand sanitisers and masks and expos would be allowed only for Business to Business process.

People who do not wear masks should not be allowed entry in premises including hotels and commercial complexes.

Industries should make arrangements to get employees vaccinated and action would be taken against establishments that do not follow the SOP.

Though shoots for small screen soaps and movies shall be allowed, artists and employees must undergo RT-PCR tests and get vaccinated and production houses should ensure this, the government said.

On Wednesday, Tamil Nadu witnessed nearly 4,000 new virus cases, of which Chennai and its nearby regions accounted for a significant chunk.

The number of active cases rose to 27,743 on April 7 from 13,070 on March 28, the government said. As part of the strategy to combat the spread of the virus, increased and aggressive testing was on and about 80,000 RT-PCR tests were being done everyday.

Also read: COVID-19: For the Second Wave, A Lockdown Should Be India’s Last Option

In containment zones, the current curbs would continue without any relaxations and international air travel shall not be allowed according to the Centre’s ban.

In Chennai, field-level committees for every zone would be set up to bring down the case load and similar panels shall become functional in districts too.

Monitoring mechanism for containment zones (involving personnel from police and health departments besides employees from local bodies) shall be in place to ensure that people do not step outside of such areas.

Volunteers would be assigned to help people in containment zones and they shall ensure availability of essential commodities for residents.

If COVID-19 symptoms are suspected, the nearest government facility should be approached, the government said, and sought public cooperation.