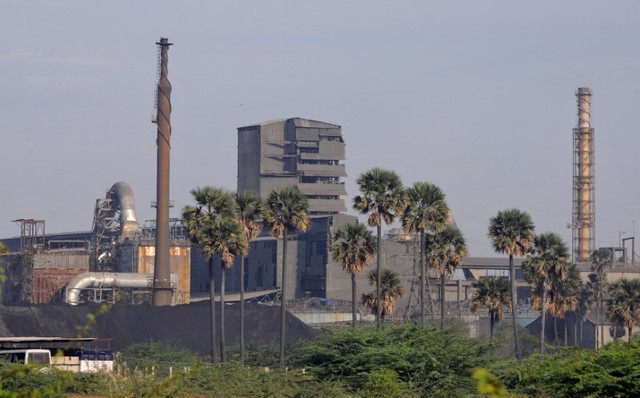 Vedanta’s offer of producing oxygen at the sealed and shut Thoothukudi copper smelter complex is duplicitous and must be rejected. The reasons why and how to reject without compromising the state’s ability, should the need arise to source extra oxygen, follow.

The plant was shut down by the weight of two separate orders. First, by an order of Tamil Nadu Pollution Control Board for a serious violation of safety norms and causing a massive sulphur dioxide gas-leak in March 2013, which injured thousands of people in Thoothukudi. The second order was for permanent closure by the Government of Tamil Nadu in May 2018 to protect the environment and public health.

The Madras high court confirmed both closure orders in August 2020, highlighting the fraud committed by the company and the “supine indifference on the part of [Vedanta] in complying with the [license] conditions.”

Vedanta has failed to disclose the separate closure for causing the disastrous 2013 gas leak in its submission to the Supreme Court. Why? What does it have to hide?

The oxygen plant inside the Sterlite complex was built in January 2004 without environmental clearance. This was confirmed by the October 2004 Tamil Nadu Pollution Control Board committee formed by the Supreme Court monitoring committee order. The oxygen plant is part of the smelter complex; the latter in its entirety had been constructed without the requisite license.

In its 2020 order, the Madras high court critically noted (para 584) Vedanta’s unlicensed construction and confirmed the permanent closure of the Sterlite plant to highlight the company’s disregard for the law.

Now, Vedanta’s current proposal is in continuation of its failed efforts at gaining back-door entry into its sealed smelter complex. On December 2, 2020, Supreme Court Justice Rohinton Nariman rejected Vedanta’s request to open or maintain its plant.

The prayers in the company’s current application are identical to the application that Justice Nariman had rejected, except for the addition of a request to operate the oxygen plant in the “national interest”! The company has failed to disclose the fact that its application seeking the Supreme Court’s permission to gain access to the plant was already rejected by the Court in December 2020. The current move is an insincere excuse whose sole intent is to reopen and gain access to the entire plant.

So much is evident from Vedanta’s prayers for unrestrained access to the entire plant and to restrain even the Government of Tamil Nadu from interfering with its access to the sealed complex. Vedanta wants in effect to bypass the Tamil Nadu government and the state pollution control board, and wants to deal only with the Big Business-friendly Central government.

Vedanta in Thoothukudi has a poor track record of safety, integrity and ability to run a tight ship. The facility has been closed by court or executive order on five different occasions because of environmental violations and serious safety lapses, including gas leaks on two occasions.

The company has also failed to disclose that the plant was permanently shut down by a government order that invoked the state’s responsibility to protect the environment and health of its communities. Reopening even one unit is dangerous, will vitiate the state’s relationship with local communities and make a mockery of the rule of law.

In March 2020, the LG Polymers complex in Visakhapatnam, also built without prior clearance, suffered a serious gas leak that killed 12 people and injured hundreds. This was because of the hurried, unplanned and unregulated shutting down of an ill-maintained plant.

Vedanta’s request is not aimed at fulfilling India’s prevailing supply gap for medical oxygen. Instead, it is a self-serving move aimed at whitewashing the reputation of a habitual offender and to bypass regulators to reopen an illegally constructed hazardous facility.

Indeed, in a suo motu PIL (WP 10846 of 2021), the Madras high court recorded the following statement from the advocate general of the Tamil Nadu government on the issue of oxygen supply in Tamil Nadu, in its order dated April 22:

“6. As to the supply of oxygen, the learned Advocate-General says that this State may never see a shortage of supply even if there were to be an unforeseen peak. The Court is informed that the storage capacity in the State as of now is 1,167 metric tonnes and the daily manufacturing capacity in the State is 400 metric tonnes, while in Puducherry it is 6,150 metric ton per day. According to the State, the current usage of oxygen is to the extent of 250 ton per day and, in such circumstances, when 65 ton of oxygen was diverted to Andhra Pradesh and Telangana, as reported in some sections of the media, there was no burden faced by the State or any shortage on such account. Indeed, the State has represented that as an oxygen surplus State, it would make every endeavour to come to the aid of other States which may require immediate supplies. Learned Advocate General submits that a contingency plan is on the drawing-board should there be an unforeseen spike in the number of cases.”

Karnataka also has a production capacity of 812 tonnes per day, against a demand of 200 tonnes per day. Andhra Pradesh has a surplus and is supplying 100 tonnes to Maharashtra.

Telangana, Maharashtra and Delhi are facing shortages – and these are in no small part to logistic issues, and not simply production limitations. Logistic bottlenecks include paucity of cryogenic tankers to transport liquid oxygen and storage/bottling facilities. In fact, the time taken to transport oxygen from plant to hospital can take six to eight days if they have to be moved across state borders.

One way out is to install smaller, quicker-to-establish pressure swing adsorption units at the sites of consumption. They will ensure oxygen is available at the point of need rather than having to be transported from centralised facilities. The Indian government has already taken some steps on this front (although not quickly enough).

It is one thing to divert industrial oxygen from well-running, licensed plants. It is quite another to entertain a petition from an environmental offender to permit the reopening of and access to a facility that has been sealed for violating safety and environmental norms.

In fact, allowing Vedanta to reopen its Thoothukudi smelter would be akin to allowing Union Carbide to reopen the Bhopal plant on some pretext or other. Let’s not forget that Vedanta had also been shut down for causing a toxic gas leak.

The Thoothukudi smelter is currently under lock-and-seal and in custody of the district collector. Its maintenance is currently the state’s responsibility. So if there is a demonstrated need for oxygen, the Government of Tamil Nadu can meet it by contracting personnel to operate the plant.

Vedanta cannot be allowed back-door entry that bypasses its pending appeal in the Supreme Court. This is disaster capitalism at its sinister worst. Oxygen supply bottlenecks can’t be remedied in a piecemeal manner by pandering to private corporations’ self-serving petitions.

The author of this article originally published it as a Twitter thread; it has been compiled here with his permission.

The Wire Science@TheWireScience
4 Following 27.5K Followers
The use of machine learning tools can be a time-and-cost-effective way to enhance the IUCN Red List and help overco… https://t.co/54zj4fh004
1 day ago
A new study shows that the Arctic has warmed nearly four times faster than the rest of the world over the past 43 y… https://t.co/TBkbSlNfM0
1 day ago
3
Currently, our governments are beholden to corporate interests, which has led to the unmitigated proliferation of s… https://t.co/Yvmxmzzxoe
1 day ago
3
If you had COVID-19 due to an infection by the 'original' strain, your immune system wouldn't learn anything new fr… https://t.co/7quf4x4Bui
1 day ago
1 6
Every country deserves an equal opportunity to develop, but it is also a universal human right to breathe clean air. https://t.co/bc0e1kcxCG
1 day ago
Scientific evidence in the form of studies and expert opinion plays a crucial role in proving illegal fires have oc… https://t.co/QG0R6h39IZ
2 days ago
2 3
While species like pandas and tigers are well studied, researchers don't know enough about some species – called "d… https://t.co/LtVJYlACYR
2 days ago
1
New research found that it might not be an active viral infection causing long COVID-19 and similar conditions, but… https://t.co/dnggRU7irk
2 days ago
2
Close contact that transmits the monkeypox virus involves encounters that are typically more intimate or involved t… https://t.co/9T75QuSlDz
2 days ago
3
More than half of species that have so far evaded any official conservation assessment are threatened with extincti… https://t.co/QHKC8RXbsN
2 days ago
1
Recent breakthroughs in the neurodiversity movement triggered a call for autism research to focus on empowering aut… https://t.co/ijLllqfBAP
3 days ago
2 3
STIs are spread primarily through sexual contact, while monkeypox can spread through any form of prolonged, close c… https://t.co/wJPo6rwnzW
3 days ago
1
It's like trying to catch smoke. Forest-fire haze drifting from Indonesia to neighbouring countries every dry seaso… https://t.co/IYeCrqRe18
3 days ago
2
Like COVID-19, the lumpy skin disease is caused by a virus. The lumpy skin disease virus, as it is called, belongs… https://t.co/r7fLwk6H5a
3 days ago
1 1
Companies – mostly oil-palm producers – have used fire as a tool to clear forests and peatland areas for agricultur… https://t.co/Qhckblm8fa
3 days ago
5 9
Contact us