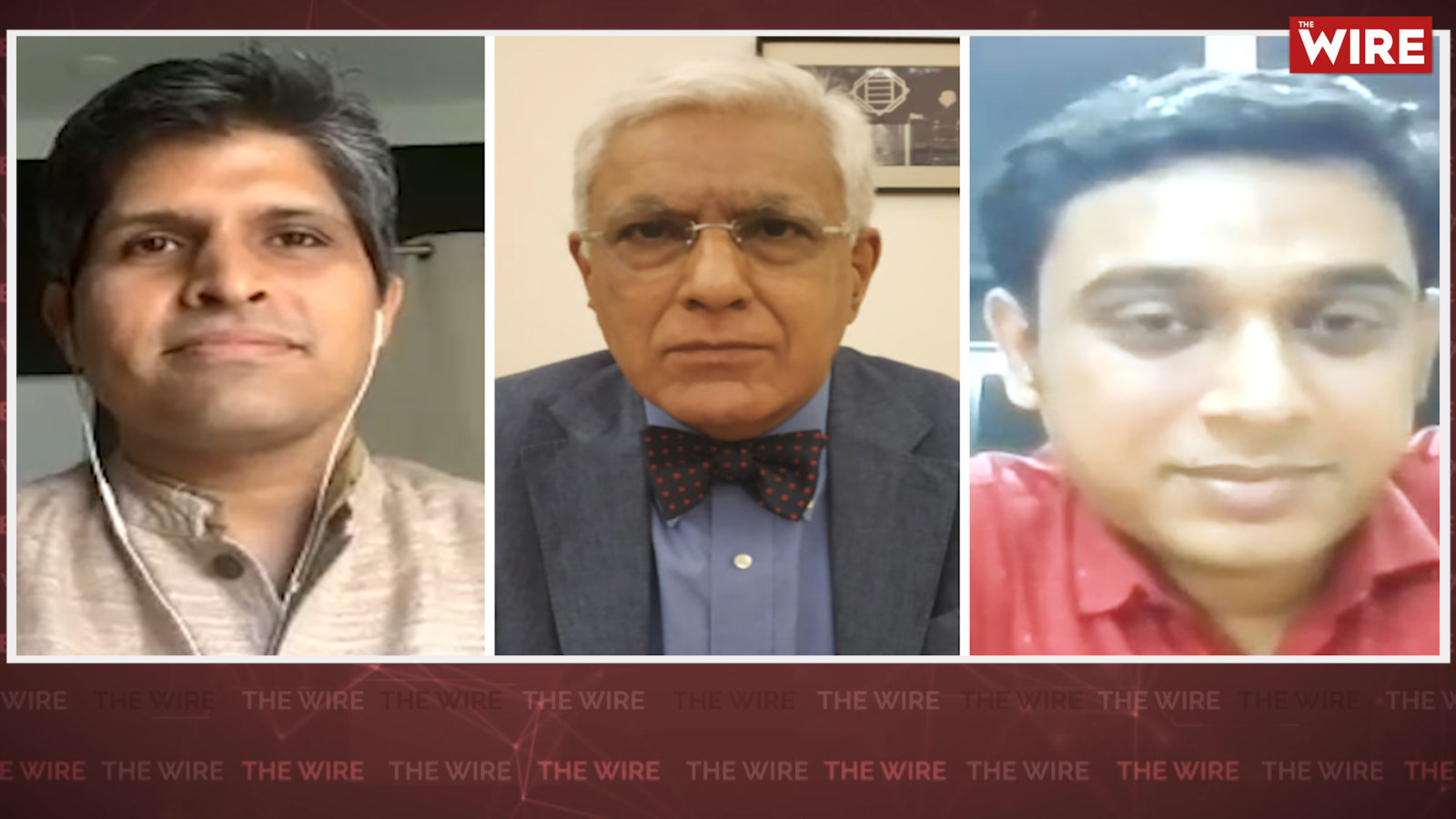 What Decides Where Big Cats Live in India – Conservation Policies or Politics?

Two community physicians with a deep interest in public health, who have earlier published their findings in The Hindu, have said India could be under-reporting its COVID-19 death toll by a factor of 5.29.

In a 50-minute discussion with Karan Thapar for The Wire, Dr. Hemant Shewade and Dr. Giridara Gopal say that the under-reporting of COVID-19 deaths will get worse as the incidence of COVID-19 spreads beyond metropolitan centres like Delhi, Mumbai and Chennai into tier 2 and tier 3 towns and then, beyond that, into rural India.

As Dr. Gopal, who is also a member of the India COVID Apex Research Team, put it: “This may be more pronounced in rural and semi-urban areas where there is poor access to health facilities and/or qualified medical doctors.”

However, Shewade and Gopal also said there are many states where COVID-19 deaths happen along with comorbidities but COVID-19 is not mentioned as the cause of death. As they put it: “Some states go to the extent of blindly removing COVID-19 from cause of death wherever a comorbidity is present…hence even among the registered deaths with medical certification, COVID-19 deaths appear to be under-reported.”

The two doctors told The Wire this sizeable under-reporting of COVID-19 deaths is not unique nor unusual. Tuberculosis is a common and widespread disease where similar if not greater under-reporting of deaths has already been acknowledged. They said that in 2019 the official TB death toll was 80,000 but the WHO had estimated the death toll at 450,000. This amounts to under-reporting by a factor of 5.7.

The two doctors told The Wire that whilst they were “confident of their estimate” of under-reporting, the true picture will only emerge when they have data from the government which enables them to triangulate with the excess deaths that have been occurred since the outbreak of COVID-19. Both said separately that when the triangulation is done it’s possible that the 5.29 figure could increase to 6 or 7 but it could also decrease. However, data on excess deaths is not available in India.

The two doctors refuted arguments made in The Hindu by professor Giridhar Babu of the Public Health Foundation of India that “deaths cannot be hidden in the case of COVID-19, sooner or later they get reported due to a vigilant media and an active civil society.”

They pointed out that only 22% of deaths in India are certified by a doctor and in some of the most populated states like Uttar Pradesh and Bihar the percentage is as low as 5 and 2.4% respectively. Therefore, a lot of people could be dying without knowing or it being established as a COVID-19 death.

The doctors told The Wire the fact all of India’s neighbours have an even lower COVID-19 mortality rate – something which is also true of countries further afield like Malaysia, Indonesia, Thailand and Philippines and the whole of Sub-Saharan Africa with the possible exception of South Africa – means there is undercounting happening in these countries as well. These are countries where registration of deaths is not widespread and medical certification by a doctor is probably negligible.

Finally, the two doctors also responded to the claim that India’s low mortality is adequately explained by its age demographics or by the fact Indians are exposed to more viruses and infections than Europeans and Americans, who have much higher COVID-19 mortality rates. They cited the example of Brazil, a country with an equally young population and which has similar exposure to viruses and infections and, therefore, similar innate immunity. The death rate in Brazil is 543 per million compared to 42 per million in India. They said this vast difference cannot be explained by simply referring to India’s age demographic or innate immunity.

The above is a paraphrased precis of Hemant Shewade and Giridara Gopal’s discussion with Karan Thapar for The Wire. Please see the full discussion for further details.