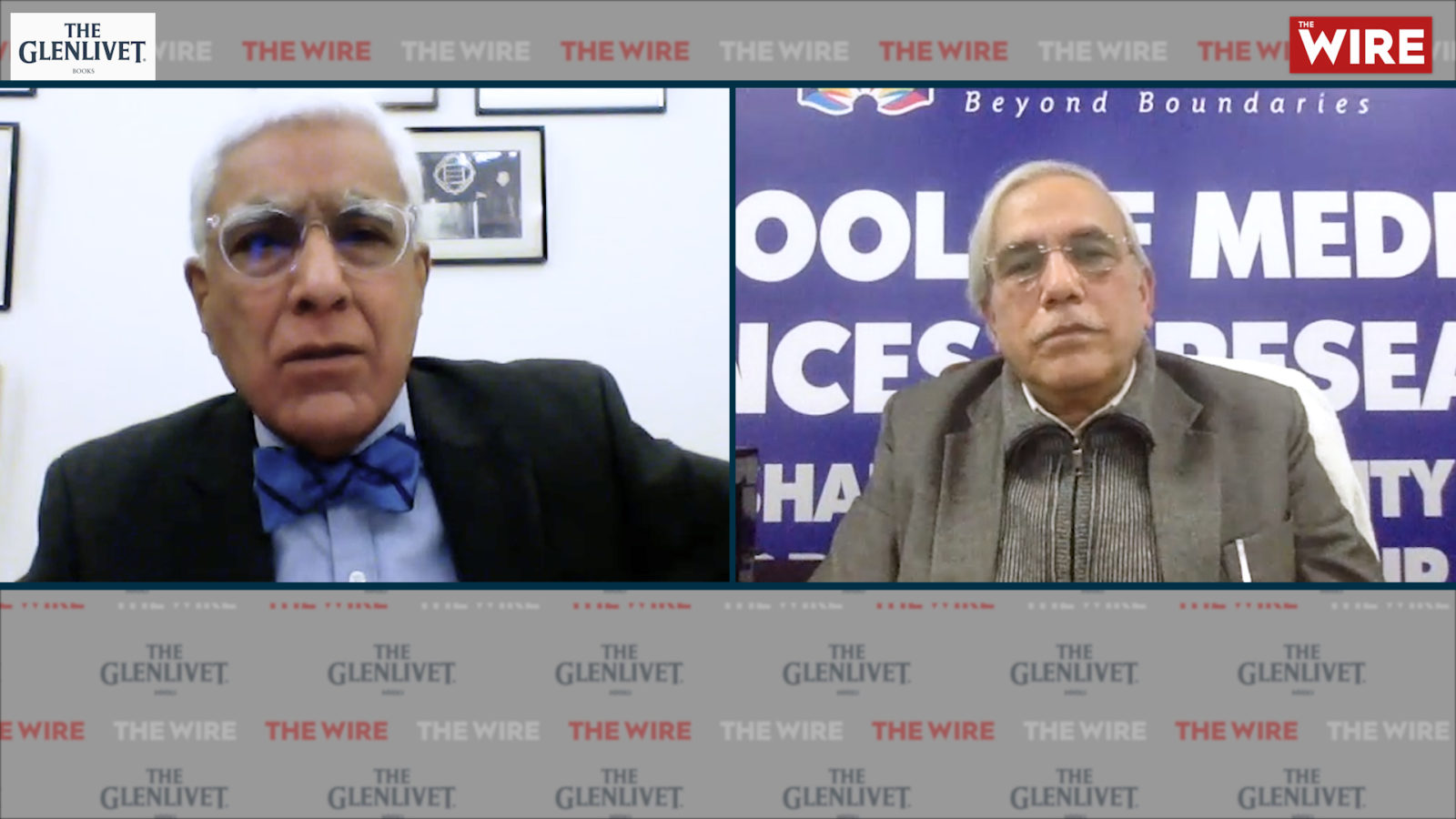 In a comprehensive interview where all the concerns about Covaxin’s efficacy and its equal treatment with Covishield are put to him, a former director of the All India Institute of Medical Sciences (AIIMS) and one of the key signatories to a statement by 49 doctors and scientists criticising “vested interests” for “irresponsible statements” and “reprehensible utterances” against the two COVID-19 vaccine candidates presently being used in India has accepted that the Indian government could have waited for a further month or so before authorising Bharat Biotech’s Covaxin and that would have ensured that questions about its efficacy and equal treatment with Covishield were adequately answered. Dr Mahesh Chandra Misra said: “I agree with you. They could have waited for a month or so. Then these questions would not have been there.”

Dr Misra told The Wire that although Covaxin’s Phase 3 trials are not complete, he believed it had been cleared for three reasons. First, it’s safe and there is sufficient basis for assuming a high degree of efficacy from its Phase 2 trials. Second, Bharat Biotech, the company that makes Covaxin, has an excellent track record. Third, in a pandemic situation, we need to clear vaccines quickly for emergency use.

However, Dr Misra readily accepted that the claim made in the statement issued by him and 48 others on January 14 that Covaxin “may have better protection … against mutant strains of the virus” is a hypothesis. He said: “I agree it’s a hypothesis”.

Commenting on a statement made by Dr Krishna Ella, the chairman of Bharat Biotech, on January 4 that in a week he would provide confirmatory data that Covaxin is able to handle mutant strains – something he has not done even two weeks later – Dr Mishra said this was an “immature” thing to say. Dr Misra said: “He should not have said it. It’s immature on his part.”

In the interview to The Wire, Dr Misra was asked to name the people his statement calls “vested interests” who have made “irresponsible” and “reprehensible” statements but refused to do so. “I don’t want to name individuals though we know who they are,” he said. He, however, added that the statement only referred to “a couple of people and not very many”. He said they were “respected in their own way”. He added that it was “least expected out of them to confuse the public”.

Later in the interview, Dr Misra was specifically asked by The Wire whether the phrase “vested interests” referred to professor Gagandeep Kang and professor Shahid Jameel and he said it did not.

The interview with Dr Misra is difficult to paraphrase and precis because it’s a detailed and comprehensive discussion about the many issues and concerns surrounding Covaxin and his response to them. It is, therefore, best if those who are interested in this issue and want answers to the concerns about Covaxin watch the interview themselves. All the issues are raised and Dr Misra does give answers to them.

This precis is recounted from memory but it is not inaccurate. There is, of course, an awful lot more in the interview than has been covered by the precis.