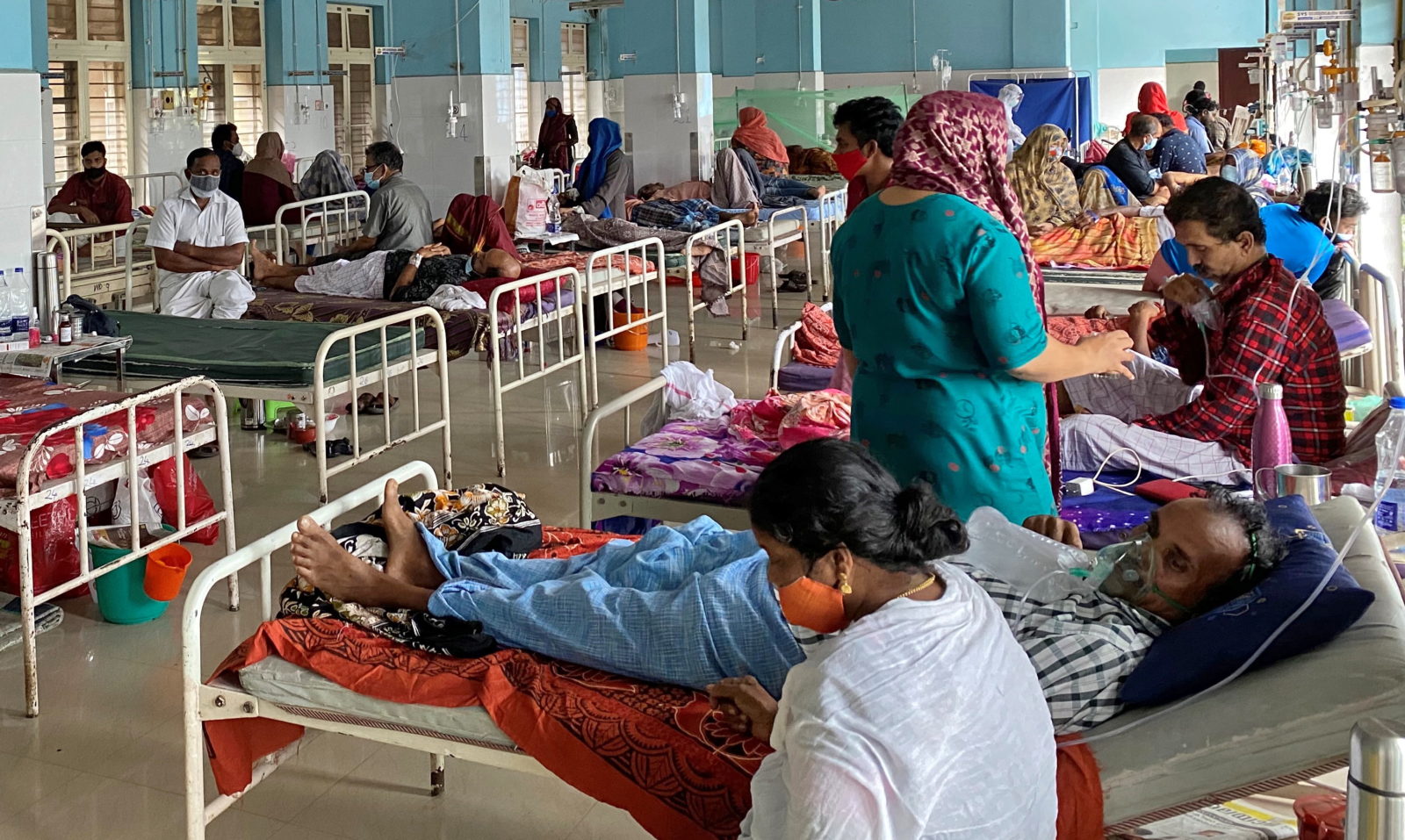 Dr Rajeev Jayadevan, who is involved with treating COVID-19 patients and in research into the spread of COVID-19, has said Kerala is doing everything right in handling the present situation – except for contact tracing.

Dr Jayadevan, is a member of the National IMA Task Force on Coronavirus and deputy medical director of Sunrise Hospitals, Kochi. In an interview to The Wire, he explained that contact tracing has dropped in Kerala for two reasons: the healthcare workers who should be doing it have been diverted to vaccination (Kerala has among of the highest vaccination rates in the country), and they are also fatigued after 18 months of COVID-19 in the state.

In a 41-minute conversation with Karan Thapar, Dr Jayadevan agreed with Dr Sujeet Kumar Singh’s conclusion. The latter, the director of the National Centre for Disease Control, had led a special medical team to Kerala in August, and said that contact tracing was inadequate and being improperly done. Dr Jayadevan accepted Dr Singh’s figures, that the contact tracing ratio is between 1:1.2 and 1:1.7, which means that Kerala is not even tracing one person for every one person infected.

But on every other count, Dr Jayadevan seemed to disagree – sometimes strenuously – with Dr Singh’s conclusions. First, Dr Jayadevan said it wasn’t true that COVID-appropriate behaviour was not enforced in Kerala. He said Kerala has among the world’s best levels of COVID-appropriate behaviour. He also disagreed that the relaxation at Onam and Eid were mistaken, adding that there were no mass gatherings and people were only permitted to go to each other’s houses.

Second, Dr Jayadevan said it isn’t true that Kerala’s healthcare facilities are stressed. On a state-wide level, they are coping with COVID-19 adequately and satisfactorily. He concluded that despite local problems in particular areas, either imminent or emerging, Kerala has demonstrated that it can handle the epidemic well. He also said Kerala has done well to set up small, local healthcare facilities, and wondered whether Dr Singh was aware of this and had taken it into account.

Dr Jayadevan was more reserved on Dr Singh’s point that Kerala wasn’t doing well to monitor home isolation. Specifically, Dr Jayadevan neither agreed nor disagreed, and said it is conceivable that Dr Singh was right but that he couldn’t be sure.

Next, he attributed Kerala’s high case load of late to three factors:

1. Kerala’s sero-positivity is lower than the national average, which means more people can still be exposed to the virus.

2. Kerala is effectively “one large metropolis”, in Dr Jayadevan’s words, which means the population density doesn’t vary too much across the state, which in turn means the virus can spread faster than it can in some other states.

3. The more-infectious delta variant of the novel coronavirus appears to have reached Kerala later than it turned up in other states, leading to a delayed surge in the number of cases.

This said, Dr Jayadevan asserted that the Kerala government had made two mistakes: the night curfew and the weekend lockdown. He said there is no scientific basis for these steps and that they are unnecessary responses to the unfolding situation. Instead, Dr Jayadevan recommended concentrating on improving the state’s contact-tracing efforts.