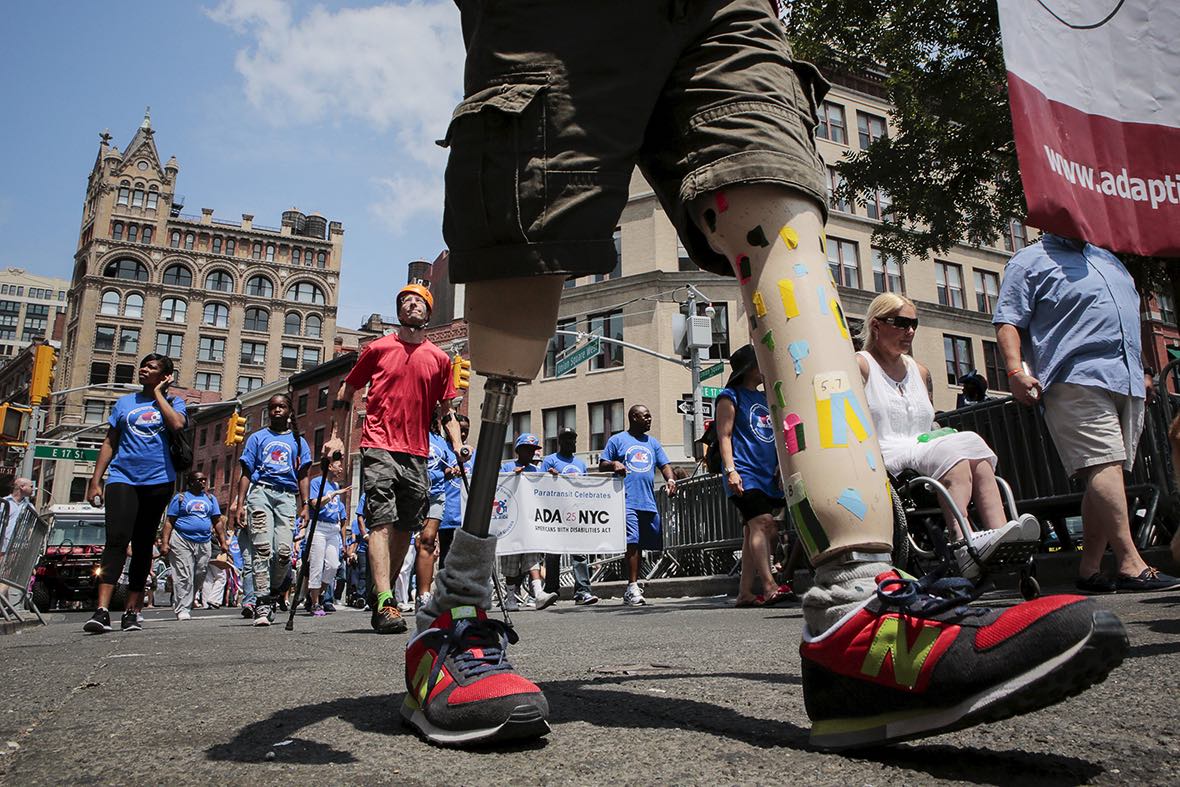 New Delhi: A new decision by the World Health Organisation (WHO) to move away from a policy it initiated over four decades ago has surprised disability rights activists, particularly those working in countries of the ‘Global South’.

The World Health Assembly, the body with which the WHO’s member states govern it, passed a resolution entitled ‘The highest attainable standard of health for persons with disabilities’ in January 2021. The moment became the first time in many years that the member states had approved a policy pertaining to persons with disabilities that didn’t mention something called ‘community-based rehabilitation’ (CBR).

This is a potentially pernicious omission.

Activists are worried that, as a result, the WHO will also leave out CBR from its Rehabilitation 2030 initiative – a.k.a. ‘Rehab 2030’ – which says rehabilitation should be an integral part of health systems, and the health assembly’s proposed 2022 resolution on ‘Rehabilitation for All’.

For people with disabilities, especially those living in places where access to healthcare is more difficult, everyday life can often be challenging in different ways – from accessing basic education in the same way as everyone else to living with dignity and without stigma. To address that, the WHO and public health professionals advanced the idea of CBR in the late 1970s.

One particular reason CBR became necessary was that there just aren’t enough trained medical professionals in many, if not most, parts of the world to cater to the everyday, long-term rehabilitation needs of persons with disabilities. In developing countries, healthcare service delivery varies widely – as we’ve seen in India, across rural and urban areas, and between states. In such a landscape, CBR was conceived as a pathway to an inclusive, cost-effective framework to ensure the most people benefited from the right policies.

Indeed, the rise and inclusion of CBR also marks a broader shift in disability rights policy – from viewing persons with disabilities as passive recipients of “aid” or “charity” to more active stakeholders in their own well-being and society.

This is also why leaving CBR out of a new policy has become cause for concern – especially as there is a suggestion of a policy shift in the other direction.

Rehabilitation requirements aren’t limited to those who are born with disabilities. Long-term illness, old age and other factors can also make a person need more care and help with accessing their basic entitlements. Experts have noted these aspects during and after COVID-19 infections as well, as some people continue to suffer from long-term effects even many weeks or months after they beat the virus.

A 2019 study published by The Lancet attempted to estimate the number of people around the world in need of rehabilitation services – and arrived at the staggering figure of 2.41 million. “Rehabilitation needs to be brought close to communities as an integral part of primary health care to reach more people in need,” the study’s authors wrote.

Being born with or developing a disability doesn’t affect everyone the same way. Studies have shown that vulnerable populations – women, the elderly, people living in poverty, the economically and socially marginalised – are also likely to find themselves being excluded from healthcare and rehabilitation plans, or have a tougher, more exacting time accessing care.

Indeed, we have reason to believe today that poverty and disability feed into each other. Unsafe living and working conditions, lack of clean water and sanitation facilities, and crowded housing quarters can create conditions that foster long-term illnesses and disability. At the other end, having a disability can make it difficult to earn a living, increase the costs of living and provoke economic discrimination, ultimately increasing one’s odds of slipping into poverty.

In India, out-of-pocket expenditure on healthcare is high – and still rising. The country’s COVID-19 epidemic spotlighted this: many households were forced to spend all their savings, and often more, to get their loved ones good-quality treatment at the right time. Private hospitals, in big cities as much as smaller towns and more rural areas as well, continued to charge high prices through 2020 and 2021. One recent survey in Maharashtra found that even a state-government directive to keep costs down didn’t deter such gouging practices.

According to a report of the Fifteenth Finance Commission, an average Indian doctor caters to 1,511 people, versus the WHO’s recommended 1,000. Nurses are more scarce: each nurse caters to 670 Indians on average, versus the ideal 300. Of course, these averages also blur other healthcare inequalities – there are fewer doctors in rural areas than urban ones, particularly specialists, for example.

“What the WHO is saying now is that we are a health organisation, [and] inclusion is not our mandate,” B. Venkatesh, founder-convenor of the Indian Forum for Rehabilitation and Assistive Technology and president of the CBR Global Network, told The Wire. “That’s why the entire focus in the recent literature coming out of Rehab 2030 is shifting towards increasing infrastructure, more primary health centres, etc.”

He called ‘Rehab 2030’ a “great vision” – and said persons with disabilities would benefit from the availability of more fully-trained professionals at every health centre. “But what happens until then?”

He also pointed to the persistently dismal public spending on healthcare in low- and middle-income countries (LMICs). For example, India spends only 0.34% of its GDP on healthcare – up just 0.03 percentage points from last year (even if the Centre recently attempted to claim that the latter figure was 137%).

“The Rehab 2030 agenda may want to make health-service delivery the same in all countries, but that’s not going to happen without the political will, and not for many, many years,” Venkatesh said.

Instead, to reach the most marginalised people, he suggested investing in communities. “You have to increase the knowledge and skills of people in the community, to provide care wherever they are. There is no universal health coverage without CBR. There’s no other developed methodology available.”

But does it work?

CBR has been implemented in a non-uniform way in a hundred countries since the 1970s, according to Venkatesh, but more data is hard to find. “But that doesn’t mean it doesn’t work,” he continued. “It may not be perfect, and maybe standardisation is required, but doing away with it completely is not the answer – especially in developing countries, where there is no alternative mechanism to provide rehabilitation services to poorer people.”

“A lot of the evidence,” he continued, “is also in different languages – Malay, Chinese, Swahili, etc. – because CBR is practiced at the local and national levels in so many different countries. So the criticism that there’s no evidence isn’t valid.”

Perhaps this also reflects the fundamental nature of how and where CBR is implemented: “People with limited resources don’t live for evidence, they live by supporting each other, building community resilience, mutual respect, interdependence,” as Venkatesh put it.

But evidence that CBR works isn’t entirely absent either. For example, a May 2021 study from Kabul reported that “social support from family members and people in the surroundings, and a sense of belonging, are fundamental social needs of people with hearing loss”.

The CBR Global Network – an alliance of non-governmental stakeholders working on CBR in different parts of the world – has held that instead of doing away with the idea, the WHO should focus on streamlining CBR efforts and gathering more data on what works, or doesn’t. If not, the group believes healthcare and rehabilitation access for persons with disabilities – particularly those in the LMICs – will only become more unequal.

“CBR must be included as an integral part of service delivery strategy in the resolution on rehabilitation for all, expected to be tabled in the World Health Assembly in 2022,” a document the group recently published says. They hope that the WHO is listening, so that CBR efforts in India across and around the world can be strengthened instead of forgotten.