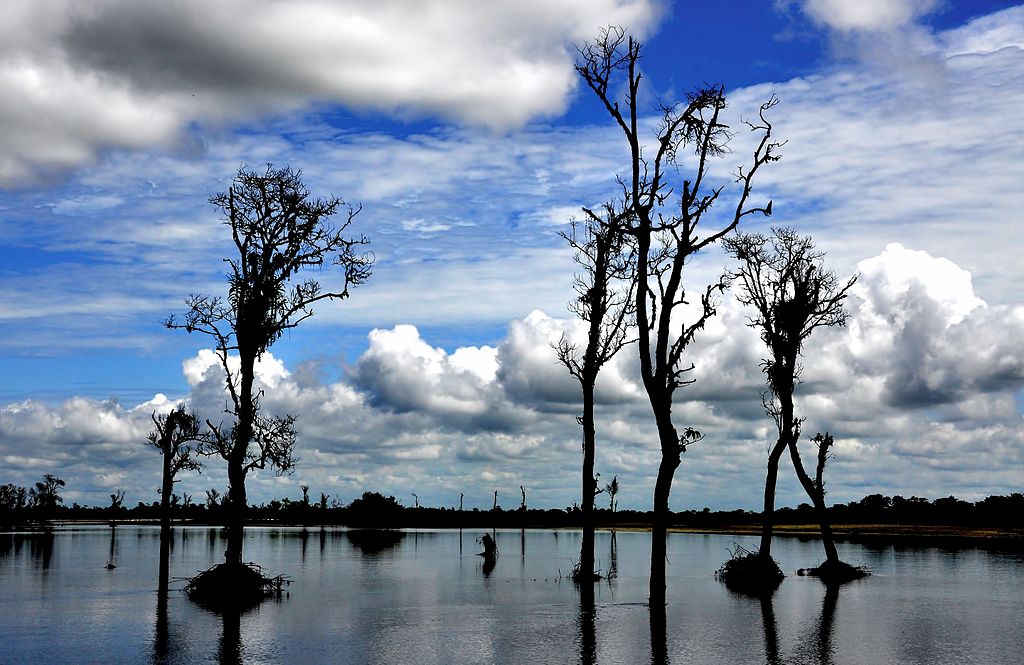 Guwahati: The Gauhati high court (HC) on Monday granted a stay on the drilling and exploration for hydrocarbons by Oil India Limited (OIL) across seven locations under the Dibru Saikhowa National Park (DSNP) – a precious biosphere reserve which is located in far-eastern fringes of upper Assam.

The HC also granted a stay on the “controversial” environmental clearance (EC) dated May 11, 2020, which had given a green signal to OIL for the drilling and exploration of hydrocarbons under the DSNP.

The bench stated that the stay order on the EC is based on the non-compliance order of the Supreme Court (SC), dated September 7, 2017. The firm had failed to conduct a biodiversity impact assessment study on the apex court’s direction.

The two stay orders are related to a petition filed by Guwahati-based Mrinmoy Khataniar and Amar Jyoti Deka. The two petitioners in June had filed a 268-page public interest litigation (PIL) wherein they had questioned the legal validity of the EC granted by the Ministry of Environment Forest and Climate Change (MOEFCC) to OIL for extension drilling and testing of hydrocarbons at seven locations under the DSNP.

The PIL was filed against OIL and 12 other Central and state government departments including the MOEFCC.

DSNP was declared as a national park in 1999 and is spread across 340 square km. It is home to the Royal Bengal Tiger, clouded leopard and 36 mammalian species. Twelve of these species are listed in the schedule 1 of the Wildlife (Protection) Act of 1972.

When MOEFCC granted EC to OIL in May there was an outcry among nature connoisseurs both in the real and virtual world. Many had questioned the move and expressed concerns about the future survival of the fragile ecosystem of DSNP.

Some days later after the EC was granted, an oil-gas well also operated by OIL and located at Baghjan which is adjacent to DSNP had a blowout incident on May 27. A few days later the well caught fire leading to widespread destruction of the local habitat.

Speaking to The Wire, Khataniar said, “It is not just a big win for us. It is a big win for Mother Nature, our environment and for those who honestly care about nature and our future human generations. If nature does not exist, then we humans have no existence. This is the plain truth that OIL and human society should understand. The two stay orders by the high court have brought us hope. Civil society should realise that whenever threats to our environment persist, we can always knock on the court’s doors.”

The two petitioners pointed to a January 1, 2020 notification when MOEFCC made an amendment to an Environmental Impact Assessment (EIA) notification dated September 14, 2006.

The 2006 EIA notification of MOEFCC stated that ‘prior environmental clearance and public consultation was mandatorily required for all offshore and onshore oil and gas exploration, development and production projects’.

Debajit Kumar Das, one of the petitioners’ lawyers, told The Wire, “Animals and trees cannot speak for themselves. It is us, humans, who have to do what is needed for them when they are in danger. The high court not just granted a stay on the May 11, 2020 environment clearance which was granted to OIL for drilling and exploration of hydrocarbons but also moved a step further and under its power conferred under Article 226 of the Constitution of India, and on prima facie being satisfied that OIL had failed to carry out the standard prescribed has also stayed exploration and drilling of seven hydrocarbon projects in the Dibru Saikhowa National Park.”

In November, according to local media reports, OIL filed had an affidavit at GHC wherein it stated that ‘no public consultations were held before OIL was granted clearance for the proposed extended reach drilling (ERD) under DSNP’.

The state forest department also in November in an affidavit filed at the GHC stated ‘OIL has not done the study’.

One media outlet in its report last month reported that ‘OIL also stated that ‘it is committed to undertaking a biodiversity study’, and ‘the required existing norms/ laws for public consultations are not required’. It said, ‘exploration and exploration has not started yet’.

On February 9, 2011, the MOEF (Wildlife Division) provided certain guidelines for declaration of eco-sensitive zones around national parks and wildlife sanctuaries. In the said notification, activities in the eco-sensitive zone have been categorised into three heads namely (i) prohibited (ii) restricted and (iii) permissible.

In August of 2016, an expert appraisal committee (EAC) granted terms of reference (ToR) in favour of OIL for the purpose of extension drilling and testing of hydrocarbons at seven locations under DSNP.

In 2017, an EAC meeting was held wherein OIL submitted that a public hearing was done in the district on December 26, 2016, and requested the EAC to exempt it from conducting a public hearing as per paragraph 7 (iii) of the EIA notification of 2006.

The EAC accordingly recommended the projects and the ToR was amended in February 2017 and took out the requirement of public hearing.

In 2019 OIL wrote to MOEFCC seeking an extension of validity of the approved ToR for seven ERD wells under DSNP.