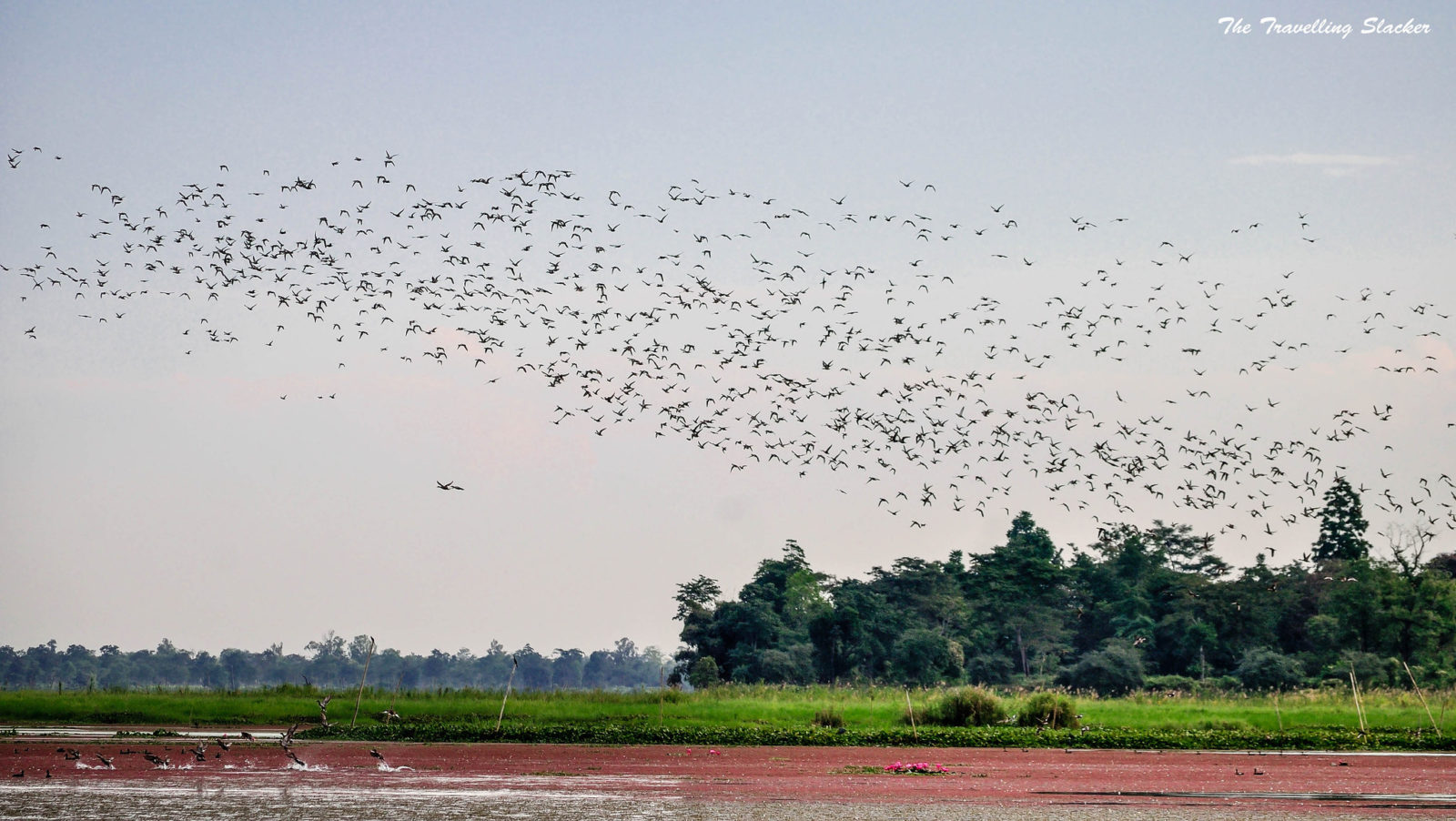 A view of the Dibru-Saikhowa National Park. Photo: travellingslacker/Flickr, CC BY 2.0.

Guwahati: The fire at Baghjan oil-gas well may have been doused but the fight to save the nearby Dibru Saikhowa National Park (DSNP), one of Assam’s last biodiversity hotspots, is only intensifying.

In 2017, the Supreme Court had asked OIL to prepare and submit a biodiversity impact assessment to the Assam State Biodiversity Board. Last week, in an affidavit at the Gauhati high court, the state forest department said OIL is yet to do this.

Both Khataniar and Deka had filed a 268-page public interest litigation in June at the high court against OIL and 12 Centre and state departments. The next hearing is scheduled for December 7.

The petition challenges the legality of an environmental clearance the environment ministry had granted to OIL for “proposed extended drilling for hydrocarbons at seven locations” in the national park.

On November 17, the legal tussle between the lawyer and OIL made headlines in local outlets the latter OIL filed an affidavit at Guwahati high court saying “no public consultations were held before OIL was granted clearance for the proposed extended reach drilling” in the park.

The Sentinel, a local daily, also reported that “the court received affidavits from OIL and the Assam forest department” and that “the petitioners filed an interlocutory application [to call for] certain records from the Assam State Biodiversity Board” (ASBB).

OIL also said “it is committed [to] undertaking a biodiversity study” and that “the required existing norms/laws for public consultations are not required”. It added that “exploration and exploration have not started yet”.

The Dibru-Saikhowa National Park is adjacent to Baghjan, and spreads over 340 sq. km. The Brahmaputra river flows along its northern edge.

The May 27 blowout at the Baghjan oil-gas well and the subsequent fire on June 9 led to wide-spread public concern over possible serious repercussion to the fragile ecosystem of the biosphere.

The petitioner’s principal contention, as stated in the PIL and which The Wire has accessed, is that “OIL has violated protections under the Constitution of India and the laws framed within it”.

The complaint in the petition begins from January 1, when the Union environment ministry proposed to amend the Environmental Impact Assessment notification 2006.

Originally, the 2006 notification stated that “prior environmental clearance and public consultation was mandatorily required for all offshore and onshore oil and gas exploration, development and production projects”. The amendment modified this clause.

According to the petition: “however, by way of impugned Environmental Appraisal Committee dated February 28, 2017, for onshore oil and gas development, drilling and production in Tinsukia and Dibrugarh districts, and June 20th, 2017 for extension drilling and testing of hydrocarbons at seven locations under DSNP, public hearing for the proposed projects by OIL was dispensed on extraneous grounds.”

Mrinmoy Khataniar, one of the petitioners, told The Wire that their petition is designed to protect Assam’s ecological fabric: “OIL admitted that no public consultations were held. This itself shows that something is not right. Through our petition, I am challenging the legality and validity of the environmental clearance and approval dated May 11 of this year which was granted by the [environment ministry] to OIL for extension drilling and testing of hydrocarbons at seven locations under DSNP.”

Khataniar’s lawyer Debajit Kumar Das said, “OIL has never been challenged before like we are doing it,” adding that the petition was “a matter of utter public importance. As citizens of this democratic republic, we have to question the role of authorities when it matters the most. In our context, this is the fight to save the precious and unique ecosystem that [the national park] carries.”

The expert committee constituted by the National Green Tribunal after the Baghjan gas-well disaster also highlighted the issue in both a preliminary report, submitted a few months ago, and in a status report submitted in October. To quote from the latter:

In fact, it be stated herein that OIL, till date, does not have the required Consent to Establish and/or Consent to Operate to either carryout drilling and testing of hydrocarbons in the 7 locations under the DSNP Area under Section 25 & 26 of the Water (Prevention & Control of Pollution) Act, 1974, under Section 21 of the Air (Prevention & Control of Pollution) Act and the Rules framed thereunder and/or the authorisation required under Rule 6 of the Hazardous Waste (Management, Handling and Transboundary Movement) Rules, 2016.

An OIL spokesperson said, “We have to carry out the study and we are in talks with Assam State Biodiversity Board. People should know that OIL has no plans to stay inside the forest are or within its ecosystem zone.” According to him, extended-reach drilling allows operators to “explore hydrocarbons without physically entering an ecosystem” and that their plans place the drilling activity “far from the sensitive ecozone. … There is no surface level activity within the ecozone. OIL is not avoiding any laws or norms.”

On February 9, 2011, the environment ministry’s wildlife division issued guidelines for the declaration of eco-sensitive zones around national parks and wildlife sanctuaries. There were three types of activities in the eco-sensitive zone: (i) prohibited (ii) restricted and (iii) permissible.

In August 2016, an expert appraisal committee (EAC) granted the terms of reference (ToR) in favour of OIL for extended-reach drilling at the seven locations. At another EAC meeting in 2017, OIL submitted that a public hearing had been conducted in the district on December 26, 2016, and requested the experts to waive another public hearing as required by the 2006 notification. The EAC accordingly recommended the project and the ToR was amended in February 2017 to remove the public-hearing requirement.

In 2019, OIL wrote to the environment ministry seeking to extend the validity of the approved ToR for the seven wells. Finally, in January 2020, the ministry amended the 2006 notification, and OIL had environmental clearance by May to execute extended-reach drilling for oil and gas in the national park.

Joi Barua, a singer who has been vocal about this issue, said, “What OIL is planning to do in [the park] is only a reminder of what the severe consequences will be, if anything goes wrong. Dibru-Saikhowa National Park is one of a … few biosphere bastions that we have to protect in every way possible.”