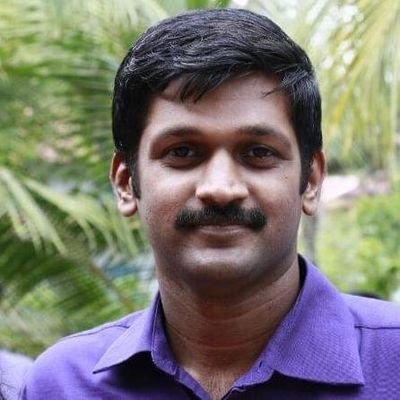 India launched Cartosat 3, its nineteenth Earth-observation satellite in Sun-synchronous orbit (SSO), on board a Polar Satellite Launch Vehicle (PSLV) on November 27. As part of its C47 mission, the PSLV also successfully delivered 13 American satellites, including 12 from Planet Labs, the private remote-sensing company.

Ahead of Cartosat 3’s operationalisation, India has a fleet of 18 operational Earth-observation satellites in the SSO. These are the IRS P6 (Resourcesat 1), IRS P5 (Cartosat 1), IRS P7 (Cartosat 2), Cartosat 2A, 2B, 2C, 2D, 2E and 2F, Oceansat 2, Resourcesat 2 and 2A, Megha-Tropiques, RISAT 1, 2 and 2B, SARAL and Scatsar. In addition, India operates four satellites in the geostationary orbit: INSAT 3A, 3D and 3DR.

The Cartosat series of satellites has been the flag-bearer of the Indian Remote Sensing (IRS) system.

The Indian Space Research Organisation (ISRO) launched the oldest IRS satellite that’s still operational, Resourcesat 1, in 2003. The organisation accelerated its launch rate from 2007, adding 14 of the remaining functional IRS satellites in only a dozen years, although unevenly so. There were two launches each in 2008 and 2009 but only five between 2010 and 2016. Then, ISRO launched five more in only two years, 2016 and 2017, followed by only one each in 2018 and 2019. Oceansat 3 and Resourcesat 3 will be launched in 2020 and 2021, respectively.

The organisation launched eight of the 18 satellites between 2003 to 2010. While these machines continue to provide new information, the later satellites use are equipped with better technology that in turn provides better information.

A good practice for satellites in the lower-Earth orbit is to plan for an average lifespan of five years. Only seven of the 18 satellites fall in that category. The others are older.

This is the appropriate backdrop against which we must address the launch of Cartosat 3. This launch provided a fillip to the IRS programme and is expected to bridge some important technological gaps. ISRO needs to launch more remote-sensing satellites per year to deliver more and better imaging capabilities more frequently.

In the late 1990s, India gave the impression of being a capable space-imaging nation, and space agencies from around the world sought its imaging products. This attention is not at all unwarranted; for example, Cartosat 3 is capable of delivering 25-cm resolution images for civilian use – a cutting edge specification.

However, the technological accomplishment isn’t exactly matched by the structural and logistical aspects of the IRS fleet. For starters, we need to be able to provide more frequent and higher resolution images for better prices to cater to commercial requirements.

The IRS data ISRO helps produce is used by the Indian government and its agencies as well as Indian and multinational companies.

The country’s fishing community has been at the centre of one of the more studied impacts of remote-sensing. ISRO and the Indian National Centre for Ocean Information Services (INCOIS) developed a programme to use data from the Oceansat 1 and Oceansat 2 satellites, launched in 1999 and 2009, respectively, and give fishermen accurate information on where they could find fish. According to one report, India’s piscine exports quadrupled as a result from 2004 to 2014. Similarly, Scatsat, launched in 2016, provides accurate data on atmospheric depression and cyclones in the Bay of Bengal through INCOIS, helping fishers navigate better.

That said, we have failed in terms of building satellites that can be replaced before their end-of-life, so when older instruments expire, a data gap shows up until a replacement instrument is launched. For example, Oceansat and Resourcesat have both far exceeded their scheduled lifespans of five years. ISRO launched Oceansat 2 in 2009 and Resourcesat 2 in 2011. They reached their expiry dates in 2014 and 2016, respectively, but their replacements – Oceansat 3 and Resourcesat 3 – are scheduled to liftoff only six and five years later.

We have allowed older satellites to linger for at least twice their planned lifetime. Despite the fantastic stories about the return of investment that these satellites provide, we don’t factor in the risk of working with satellites that are liable to fail.

Such failure would precipitate a gap in our data for a long time before a replacement instrument is built and launched. It would mean being at a disadvantage while a competitor – whether commercial or military – gains an unfair advantage. Above all, it would mean losing an opportunity to reduce the space-junk problem by moving the satellite to a graveyard orbit when it still has the fuel to do so. And while pushing satellite operations for two years past its planned expiry as we await a successor is just fine, pushing it further endangers our information gathering system and poses a risk to other satellites in orbit.

On the other hand, operating an up-to-date fleet means better, more accurate information that informs better decisions that help Indian citizens and the government. One way to do this is to enhance the PSLV’s launch schedule and undertake more launches per year, so that satellites are replaced just when or even shortly before they’re set to expire. And for this, ISRO needs to plan better to build the rockets and launch them, both on time. (This isn’t a straightforward exercise; for instance, the failure of Chandrayaan 2’s surface mission has already delayed the launch of the Small Satellite Launch Vehicle and a test flight of the Reusable Launch Vehicle.)

The Bhuvan geoportal is a classic example. When the government first launched it (online, not into space), the country’s space business community hailed it as India’s answer to Google Maps. ISRO intended to use it to visualise two- and three-dimensional features using data obtained from the IRS satellites. But today, Bhuvan is a geoportal with important geospatial information waiting for a user to use it whereas most users have no idea that such data is available on Bhuvan.

A few companies have been trying to fix this gap. For example, SatSure, a private company, has been using ISRO data to help insurance companies ascertain the claims they are expected to settle are for real, verifiable crop loss. Again, even as such solutions exist, they remain exceptional and not many people in need of them know of them.

Third, India’s geographical location and its political context require the government to constantly monitor its neighbourhood in the entire electromagnetic spectrum. To do this, we need not one but a range of satellites that track and transmit data in various spectra. We also need satellite constellations, like the Planet Labs’ fleet of ‘Doves’ that the company uses for frequent data collection at lower resolutions, to, say, track natural disasters, monitor troop movements and assist with planning for any emergencies.

In the last decade or so, ISRO has broadened its focus, from providing Earth-observation satellites, communication satellites and experimental instruments to testing new technologies, navigation systems and executing interplanetary missions. The Department of Space, the government entity that funds and administers ISRO, however hasn’t been able to balance the various requirements arising as a result. There are often periods of heightened focus on remote-sensing and then periods when the attention is turned elsewhere.

ISRO set up the National Remote Sensing Centre in Hyderabad as a point of contact on these matters but the body hasn’t been able to do much when DoS’s priority shifts seasonally to other matters.

It might be useful in this regard to fuel the growth of the private ecosystem, which can catalyse the commercial applications of IRS products. A private IRS manufacturer could, for example, take charge of areas like fishing, agriculture, geospatial data analysis, infrastructure management and climate change studies with help from the respective ministries. They could build smaller satellites that provide higher frequency of coverage at par with the Doves. They could also play an important role in surfacing applications for fields that aren’t traditionally associated with remote-sensing.

A greater thrust on such commercial applications could easily position India as the world’s premier satellite-services provider with end-to-end offerings, from building instruments, launching them, collecting and processing the data to finally delivering them to end-users.

Pradeep Mohandas is an engineer based in Pune and likes to follow Indian space developments.