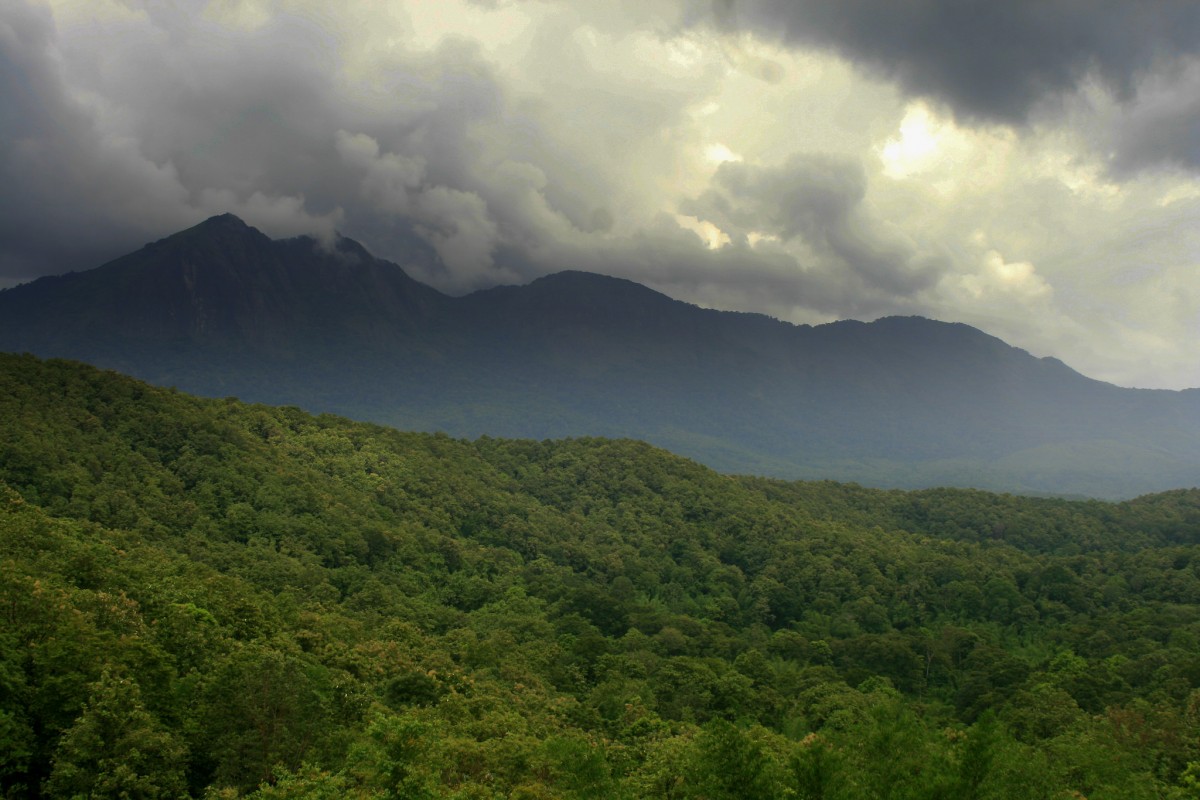 A part of the Western Ghats. dotcompals/Flickr, CC BY 2.0.

The Forest Advisory Committee (FAC) of the Union environment ministry met on April 23 to discuss the 3,097-MW Etalin Hydroelectric Power project (EHEP), in Arunachal Pradesh, which awaits the ministry’s okay before construction can begin.

According to the minutes, the FAC has neither recommended nor rejected the proposal, but has palmed off the burden to the Union ministry of power, the National Tiger Conservation Authority (NTCA) and the environment ministry’s wildlife division. Now, the ministry of power needs to explain, among other things, the six-year delay in implementing the project (before construction has even begun) and changes to India’s power generation mix in this period and prioritising existing hydropower project proposals based on adverse ecological impact.

Now, EHEP is just one project, and it has received a lot of attention. But there are in fact many others like it which portend the large-scale destruction of forests and ecosystems in the name of development, which have moved closer to becoming a reality than EHEP has in 2020, and which have received less attention.

Mining for coal in an elephant reserve

On April 24, for example, the National Board for Wildlife (NBWL) recommended a proposal to mine coal in the Dehing Patkai Elephant Reserve, Assam. The reserve is in the Assam valley and encompasses tropical, wet evergreen forests and the Dehing Patkai Wildlife Sanctuary, home to elephants, Malayan sun bears, marbled cats, clouded leopards, and various snakes, lizards, turtles and butterflies.

The NBWL’s nod entails the diversion of 98.59 ha of forest land by the North-Eastern Coal Field (NECF), a unit of Coal India Ltd. However, according to a site inspection report the Union environment ministry’s Shillong office filed in Novembre 2019, the NECF has already been mining for coal in this patch of land for decades.

“NECF started its mining operations in the area in 1973 with a lease for 30 years,” Assam-based environmental activist Rohit Choudhury said. When the lease expired in 2003, NECF continued mining without a new forest clearance – an act the November 2019 report calls a “gross violation”. The report also called on the environment ministry to act against the NECF.

Now, however, the NBWL has recommended the current proposal.

A railway line through the Western Ghats

On March 20, the Karnataka State Wildlife Board cleared the Hubballi-Ankola Railway Track (HART) cutting through the Western Ghats in Karnataka.

The line is 168 km long, of which over 70% passes through forest land, according to Sanjay Gubbi, a wildlife scientist and a member of the Karnataka State Wildlife Board. “I voiced my opposition during the meeting and even sent a letter to put across the points I had made,” Gubbi told The Wire Science.

The proposal and proceedings of the state wildlife board meeting, including objections raised by Gubbi and others, are currently with the chief minister’s office.

HART also passes through two protected areas – the Kaali Tiger Reserve and the Bedthi Conservation Reserve – so it needs the NBWL’s nod under the Wildlife Protection Act 1972. The chief minister’s office is expected to send the proposal soon to the NBWL.

As it happens, two NBWL-appointed committees had rejected this proposal in 2018 over concerns about wildlife conservation, according to Gubbi.

The NTCA had also rejected it in 2018 noting that the railway line splits a migration path used by elephants and that it would “have a negative impact on the long-term conservation of tigers and other mega-herbivores1 in the landscape.”

For HART, officials will have to cut down trees over 596 ha. Gubbi said many of these trees are located on steep hills that receive up to 3,600 mm of rain a year. So their removal could lead to landslides during the monsoons.

The deforestation will also affect the catchment areas of the Kaali and Gangavalli rivers and disturb ecologies associated with the Bedthi, Shalmala and Sonda rivers as well.

Residents of the area grow crops like banana, sugarcane, paddy, jowar, ragi, groundnut, cotton, mango and spices using water from these rivers and their tributaries.

A hydroelectric power project inside a forest

On March 12, the 2,880-MW Dibang Multipurpose Project, by the National Hydroelectric Power Corporation, received stage II forest clearance, which is the final clearance of its type.

This project requires 4,577.84 ha of forest land. This is also why it has been mired in protests and controversy, especially over allegations of ‘manufactured consent’ among members of the local Idu Mishmi community, displacement of the Idu Mishmi from their lands, submergence of agricultural fields, questions about economic viability given its tariffs and loss of endemic biodiversity.

Given all these projects were okayed during the ongoing COVID-19 crisis, it’s worth asking whether such decisions were considered properly. “Meetings are held to discuss and take decisions on projects with experts being present,” Choudhury said. “Do you think such decisions are better taken through video-conferencing [conducted] in a hurry?”

A group of conservationists, scientists and researchers, including former members of NBWL, wrote to environment minister Prakash Javadekar on May 12 to withhold forest and environmental clearances awarded during the nationwide lockdown. They noted that the manner in which video-conferences are being held – since in-person meetings are not possible – “strongly handicaps” those authorities from carrying out the roles they’re mandated to fulfil.

For example, as The Wire Science has analysed, the NBWL cleared multiple infrastructure projects across 11 states in early April; an expert privy to the proceedings noted that in such virtual conferences, “it’s difficult to scrutinise maps that show the location of the proposed projects.” The expert added that there was also no occasion to ask questions or seek clarifications from officials.

So, the letter continues, decisions taken at the April 7 meeting of the NBWL standing committee – relating to 31 proposals affecting 15 tiger reserves, sanctuaries, notified eco-sensitive zones, deemed eco-sensitive zones and designated wildlife corridors – should “be visited afresh following due process after the end of the pandemic”.