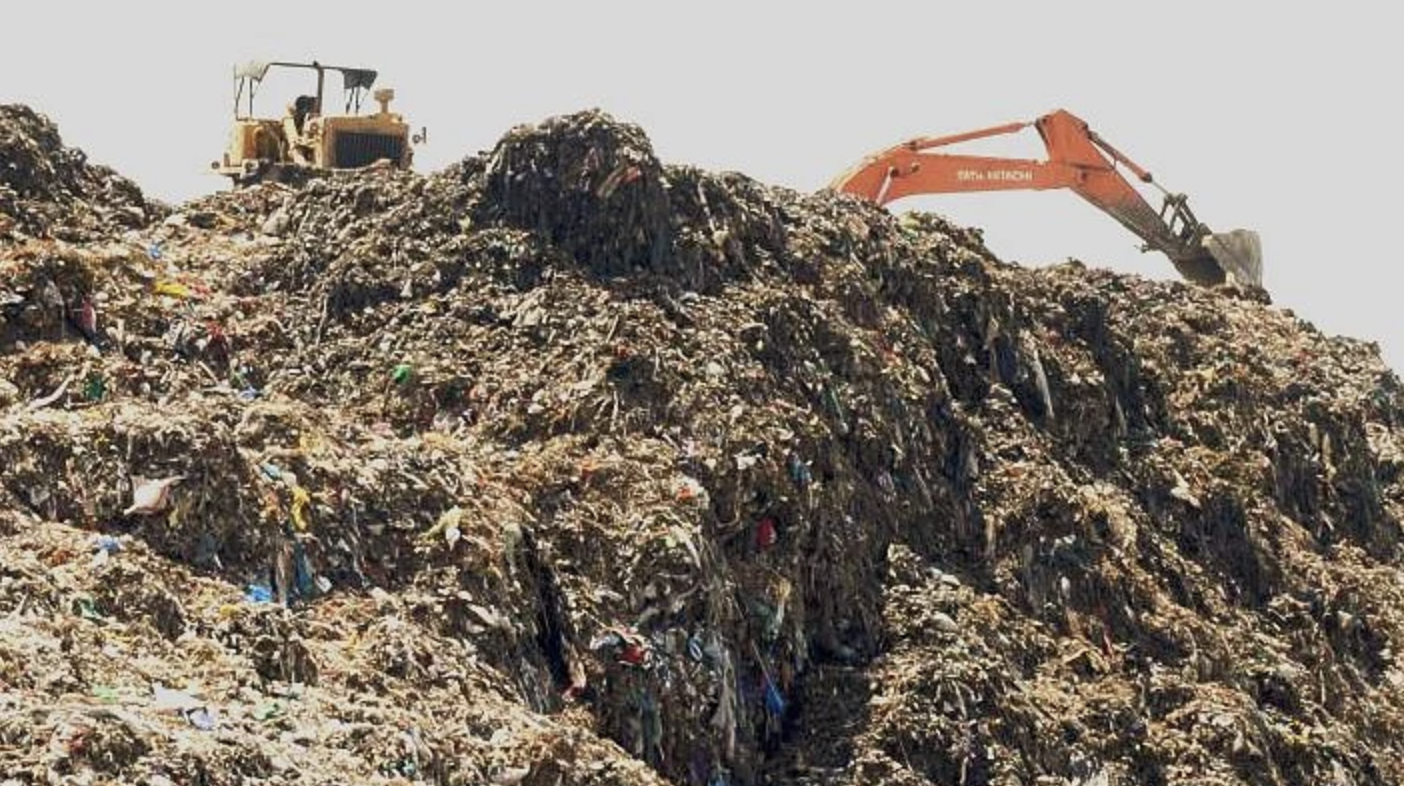 A view of the Bandhwari landfill. Photo: PTI

New Delhi: A number of environmental groups have raised objections to the Haryana Government’s push to a waste-to-energy (WTE) project at the Bandhwari landfill site in the Gurugram Aravalli.

While questioning the need to expand the project from 15 MW to 25 MW without giving enough time to people to understand its implications, they pointed out that the project will add little power compared to the national capacity and pose grave health risks to people living nearby.

Ahead of the recent hearing for the project on August 31, an environmental group, ‘Let India Breathe’, urged the Haryana State Pollution Control Board (HSPCB) to cancel the project-expansion hearing: “Instead of the mandatory 30-day period required by law, the government authorities in Haryana have only given the public four days to go through the hundreds of pages of the Environment Impact Assessment (EIA) report of the hazardous project.”

“At a time when WTEs are being rejected across the world, it is shocking that Haryana is pushing for one in an area which has residential population nearby,” Let India Breathe founder Yash Marwah told The Wire.

He said the wet waste generated in India is not suitable for incinerator-based projects. The waste isn’t segregated properly either, leading to the emission of harmful compounds into the air and water. He also said such a project in the ecologically sensitive Aravalli area makes even less sense.

Marwah also said the public hearing on August 31 violated stipulations of the EIA Notification 2006, according to which people should have 30 days in which to submit suggestions and objections, before the hearing. But with the Bandhwari project expansion, Marwah said, “the government authorities did not provide the requisite number of days to the public to go through the voluminous EIA report.”

ToxicsWatch Alliance (TWA), which has been working on waste issues since 2000 and has stopped seven waste incineration based projects across India, raised the same flag.

Gopal Krishna of the TWA wrote in a post that the Bandhwari project made a mockery of the EIA Notification 2006, which, under the Environment (Protection) Act 1986, calls for the “widest possible public participation”.

He wrote that the EIA process was being treated like “an empty ritual and a non-serious formality… It is a mockery also because there is no existing plant to expand. Initially, the project proponent submitted a proposal for 15 MW and now it is trying to expand it.”

Krishna also recorded with concern that “residents of Gurugram in particular and environmental groups in general are seriously perturbed with this initiative of the Municipal Corporation of Gurugram in the name of ‘Integrated Municipal Solid Waste Processing Facility’ in their region.” He said the proposal to set up such a large solid-waste-based WTE project was “highly polluting and hazardous”.

“As per the US Environmental Protection Agency, all municipal waste combustors – regardless of technology – release a number of pollutants, including cadmium, lead, mercury, dioxin, sulfur dioxide, hydrogen chloride, nitrogen dioxide, and particulate matter,” the environmentalist added. “Dioxin and mercury are of particular concern because they are toxic, persist in the environment” and accumulate in biological matter.

Thus, he continued, the Gurugram municipal corporation’s decision to set up and expand the said project was “ill-conceived and blatantly ignored the … demography of the surrounding areas of the proposed site.”

He also insisted that “the proposed project is going to spoil the quality of life and living” of people in the neighbourhood. “Burning 1,500 to 2,000 tonnes of municipal solid waste per day near Gurugram, and in the middle of Bandhwari village, will expose them to toxic fly ash and bottom ash,” he wrote.

The proposed plant will be located in the Aravalli forest between Bandhwari and Damdama, rich in wildlife. Trucks moving in and out of this area, carrying tonnes of waste to the site, will render the area noisy and increase the amount of smoke and dust in the air.

Krishna’s post concluded that “given the fact that, at present, India has surplus power, there is no compelling logic” to extract power “from WTE plants”.

The Aravalli Bachao Citizens Group also penned a letter to the HSPCB chairman objecting to the proposed WTE plant and its proposed expansion.

The group’s members hail from Gurugram, Faridabad and Delhi. They also expressed ire over the fact that people weren’t given enough time to raise objections at the public hearing. They said the project proponents only uploaded the proposal documentation on August 27 – four days before the hearing on August 31.

The group also criticised Haryana’s to operate the Bandhwari landfill in the Aravalli hills and to build a WTE plant in the forest.

The group has charged that “a waste to energy plant releasing toxic emissions and bottom ash cannot be constructed in NCR’s green lungs and key water recharge zone.” It added that the project has been proposed in a “very critical water recharge zone for the extremely water stressed cities of the National Capital Region”.

It claimed that “toxic ash coming out of the proposed waste to energy plant at Bandhwari will completely destroy the surface water bodies in the Aravalli forest, pollute the air and contaminate the underground water aquifers feeding the NCR cities”.

The Aravalli Bachao Citizens Group also claimed that the clearance from the Union environment ministry for the 15-MW WTE was obtained by submitting false information in the EIA, and needed to be revoked.