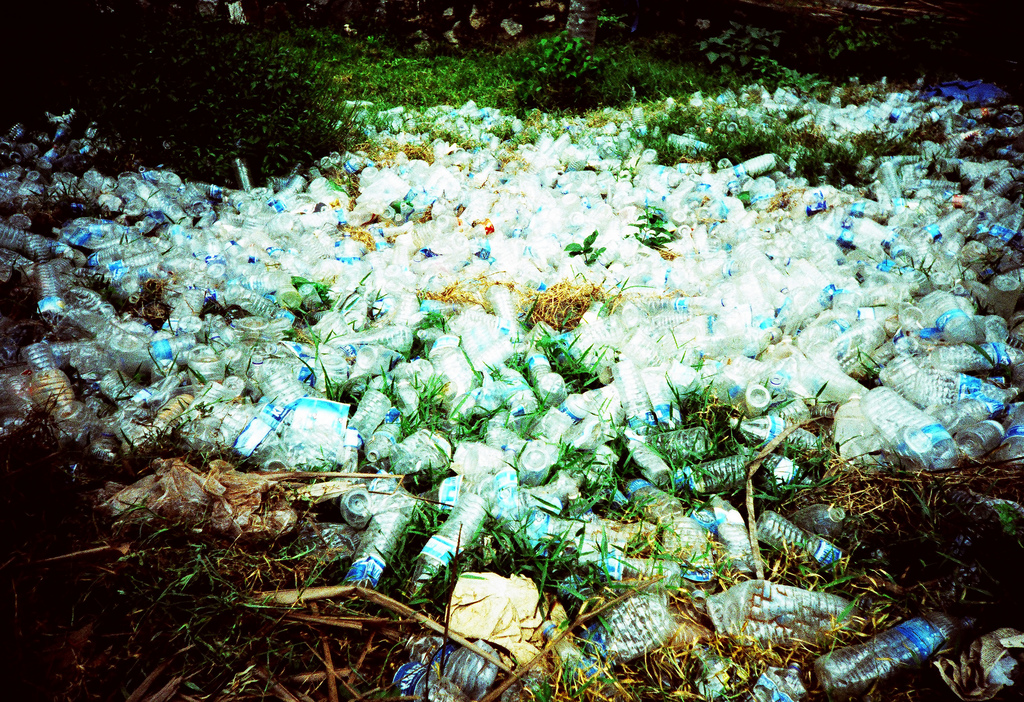 New Delhi: A legal loophole is allowing an influx of PET bottles into the country, despite a ban on the import of plastic waste, a New Delhi-based environmental organisation has claimed.

While China’s ban on importing plastic waste has forced other countries to step up recycling efforts, India has become one of the countries whose plastic waste imports have increased “substantially”.

An organisation called the Pandit Deendayal Upadhyay Smriti Manch (PDUSM) has claimed India’s imports of plastic scraps from China, Japan, Italy and Malawi for recycling and imports of PET bottle scrap and flakes has quadrupled. It says that in the fiscal year 2016-17, the imports were 12,000 tonnes. This figure grew to 48,000 tonnes in FY 2017-18. The organisation also claims that India has already imported 25,000 million tonnes (MT) in the first three months of FY 2018-19.

Also Read: Why the War Against Plastics Must Be Unforgiving and Brook No Concession

India banned the import of plastic waste – particularly PET bottles –in 2015 because of an inability to recycle them. Experts suggest that most of the plastic waste does not make it to the recycling centres due to lack of an efficient waste segregation and inadequate collection.

However, a subsequent amendment in 2016 allowed agencies located in Special Economic Zones to import plastic waste. And reports now say this is the loophole that has allowed plastic imports to increase.

A senior Union environment ministry official admitted to The Hindu that imports had “substantially increased” but could not confirm that it had quadrupled. The official said the government is contemplating actions to halt the increase. “We’ve been apprised of these imports and they’re quite substantial. We’re beginning internal investigations to see how this can be addressed,” the official said.

Ravi Agrawal, who heads a people’s collective named Toxic Links to manage plastic waste, said the import figures were “plausible” but also could not be sure of the exact number. He said China, once a major global importer of plastic waste for recycling, had banned imports and they could be making their way to India instead.

Though China had notified the World Trade Organisation of its intent to ban import of plastic waste, several countries such as the US and UK were not prepared to deal with the consequences. China imported 775 tonnes of plastic waste from the US alone. The latter could only recycle about 3.5 tonnes of waste it produced in 2014.

While some countries have taken measures – including subsidising plastic recycling companies and imposing a tax on plastic to reduce their usage – industry observers were of the opinion that Southeast Asia would probably become the new plastic recycling hub.

One report said, “Used plastic is recycled into pellets, which are then used to manufacture other plastic products, but the process comes with pollution risks. Plastic unsuitable for recycling is burnt, which releases toxic chemicals into the atmosphere. Or it ends up in landfill, potentially contaminating soil and water sources.”

Before China banned the import of plastic waste, India was the 10th largest importer of plastic scrap. Though figures are unavailable yet, the government’s admission that there was a “substantial increase” in import shows that India has also emerged as one of the alternatives for recycling plastic waste.

India recycles a higher percentage of plastic waste internally than other, richer countries. The country produces almost 26,000 tonnes of plastic waste everyday, of which just over 15,500 tonnes is collected. A 2012 study found that 56% of plastic waste produced in India is recycled. The process of collecting and separating plastic waste is largely an informal sector activity, providing employment to many.

Also Read: Insufficient Planning May be the Undoing of Maharashtra’s Plastic Ban

However, concerns remain regarding the wide-spread usage of plastic. Experts say while recycling is a good practice, the focus must remain on reducing usage. According to a report by GAIA, an alliance that works towards alternative to incinerators, says that only 9% of all plastic discarded since 1950 has been recycled. “The rest became pollution in landfills, dumpsites, incinerator emissions, or oceans, where it will remain for millennia ultimately,” a 2018 report says.

While several states have indeed banned the usage of plastic bags, the regulations soon come undone. As The Wire reported in 2018, Maharashtra’s ban on plastic items failed because of intense lobbying, lack of alternatives and also damage to the livelihood of those depending on manufacturing plastic and collecting plastic waste.