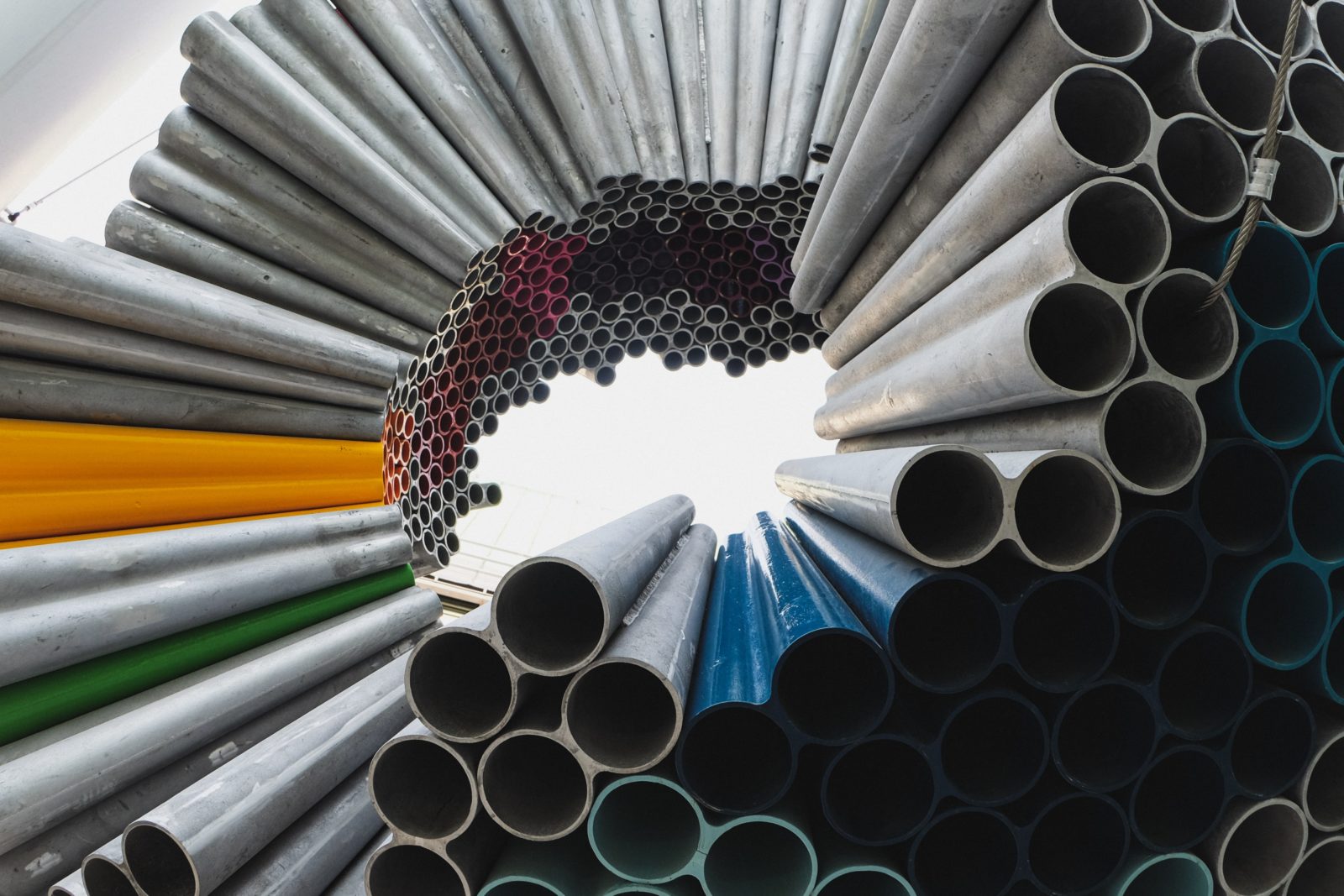 The accompanying video had more details. Coal India would produce 3,000 MW of solar power by 2023-24, it said, enough to cover all of its energy needs. It would no longer need polluting thermal power for its operations. “Coal India Limited… Going Green”, the video said at the end.

Tiny as they were, the tweet and the video posed large questions. The state-owned miner is the world’s largest producer of coal. It has a mandate to grow even bigger and produce no less than 1 billion tonnes of coal by 2024. Can such a firm switch to clean energy for its operations and claim Net Zero status? Who is responsible for emissions from all the coal it has unearthed?

At the same time, is it realistic to expect Coal India to sequester all those emissions? Apart from other greenhouse gases, one billion tonnes of coal will produce over 2 billion tonnes of carbon dioxide. Carbon capture technologies are too expensive, and running at too small a scale to be useful. More traditional responses such as tree-planting pale before Coal India’s scale as well. In 2019, the total carbon stock in India’s forests stood at 7.12 billion tonnes. Can Coal India – or even India – add 28% to India’s forests each year? Who will pay? Where will the land come from?

(Going by forestry websites, over a lifetime of 100 years, a tree can absorb 1 tonne of carbon dioxide. Even if Coal India plants two billion trees a year, with 500 trees to an acre, that works out to 40 lakh acres of reforestation each year. That’s little over the size of Rajasthan each year.)

Inadvertently, the tweet reiterated larger truths. The scale of our emissions is mind-boggling. Our mitigatory options are modest. Denial and subterfuge is how policymakers respond to the climate crisis.

In this welter of suboptimality, we now have ‘net zero’.

Is it more subterfuge? Or is it a way out?

An introduction to net zero

At its heart, net zero has a simple proposition.

To ensure this carbon budget doesn’t spill over, ‘net zero’ requires the world to urgently reduce emissions – not only by switching to low-carbon pathways, but also by balancing out emissions that can’t be avoided by sucking out an equivalent amount of carbon dioxide (and, later, other greenhouse gases) through modes like carbon capture or forestry. And so, ‘net’ zero.

The idea has gained traction. According to the International Energy Agency’s (IEA’s) ‘Net Zero by 2050’ report, as of April 23, 2021, 44 countries and the European Union, accounting for as much as 70% of global carbon dioxide emissions, have pledged to meet a net‐zero emissions target. This includes countries like China, which has set a net-zero target of 2060.

In India, too, companies are announcing net-zero targets. The country itself is expected to come under pressure to make a net-zero pledge ahead of global climate talks in Glasgow, Scotland, this year.

What is missing, however, is granularity. By 2050, the IEA’s report wants global coal demand to fall by 98%; gas demand to decline by 55%; and oil, down 75% from the current 90 million. In tandem, it envisages rapid, massive electrification across the world: the number of public charging points for electric vehicles (EVs) to rise from around 1 million today to 40 million in 2030; annual battery production for EVs rising from 160 gigawatt‐hours (GWh) today to 6,600 GWh in 2030; and annual investment in CO2 pipelines and hydrogen‐enabling infrastructure rising from $1 billion today to around $40 billion in 2030.

Each of these is an extraordinary change – nothing less than a total transformation of the energy systems that underpin the global economy in a very short period – and invites fresh questions. How will this transition be managed? What about its financing? What happens to the countries, economies, people living off the obsolete energy system? What are the nuts and bolts of a meaningful commitment to net zero?

In the absence of answers to such questions, we end with either big-picture perspectives that elide questions about implementation, or we end up with theatrics. Take the 44 nations mentioned in the IEA report. “No more than 10 … have made meeting their net-zero target a legal obligation, eight are proposing to make it a legal obligation, and the remainder have made their pledges in official policy documents,” says the report. “Few are … underpinned by specific measures or policies to deliver them in full and on time.”

In India, too, while the merits and demerits of net zero get debated, a detailed understanding is yet missing. One outcome is exaggeration — like the Coal India tweet.

And so, first, what does net zero entail?

The view from India

From his office in New Delhi, Ajay Mathur is watching this debate play out.

For years now, given his vantage points like the helm of India’s Bureau of Energy Efficiency and the current director-generalship of the International Solar Alliance, he has been one of the keenest observers of India’s work on climate and adaptation.

If net zero is about finding low-carbon pathways wherever possible and sequestration elsewhere, how are things looking? Most of India’s emissions, he says, come from power generation, transport and industry.

In electricity, solar is now the cheapest, but has challenges in terms of providing power around the clock. Given ongoing work on batteries, he expects this to change soon. “Between 2022 and 2025, we will see renewables become cost competitive (Rs3.5/kWh) with coal at all time.”

The country is doing relatively fine on transport as well. “For short-haul vehicles, there is a pathway – electric vehicles,” he added. “We have a problem with longer-haul vehicles like trucks. Batteries cannot be too heavy. And so, we have to see if hydrogen-based fuel cells will be the answer. In that sense, electrification and hydrogen are options for the transport sector.”

A large chunk of industry can switch to electricity as well. “For uses that need temperatures below 600°C, electricity is cost-effective already,” said Mathur. “It is just that, given the need for higher heat for some purposes, units continue to use fossil fuels for all their needs.” For higher temperatures, he added, hydrogen can be an alternative. “Even today, the cost of hydrogen split from water is about $5/kg. Hydrogen from natural gas is about $2/kg. In that sense, there is a large cost reduction to be achieved. And yet, compared to all the units burning diesel and other forms of petroleum, hydrogen is already competitive at $5. Plus, it can be produced locally – say, in a town like Firozabad – and then sent around.”

“In that sense, long-distance transport, steel and cement are the problems now.” But work is underway on each – a steelmaker in Sweden is using hydrogen instead of coke, for instance.

“By 2050, if we have those solutions, we need to make sure those are 100% disseminated,” said Mathur. “If there is no such pathway, then we have to absorb it. Which can be through biomass or carbon capture. At this time, the latter is very expensive. As much as $50/tonne.”

So far, unexceptionable. But this is where things get trickier.

What the West wants

The West wants a global commitment to net zero by 2050.

Such a timeline, however, not only spells an end to the principle of differentiated responsibilities, it also imposes extraordinary demands on the rest of the world.

A recent study by Council on Energy, Environment and Water, a Delhi-based energy policy think-tank working closely with the Indian government, tries to quantify that impact. “If 2050 were chosen as a net-zero year and if CCS technology were commercially unviable by then, the share of fossil energy in India’s primary energy mix would have to reduce to 5% in 2050 from 73% in 2015.” That is not all.

Also read: With the Climate Crisis On, E10 Might Be India’s Ethanol-Blending Sweet Spot

Such a transition from thermal to other forms of power will come with heavy economic costs for India, says former union finance secretary Arvind Mayaram. “There’s a foreign exchange burden, higher cost of import of fuel as well as capital goods, which includes the cost associated with intellectual properties.” The result? “For India, having a significant number of poor and unserved or underserved population, the cost of power would be much higher than that from thermal generation.”

To start with, Earth’s residual carbon budget is not deep enough. All the more so because other countries want to emit more too.

Also, even if one assumes that faster cutbacks from the developed countries will create additional room for emissions from the third world, little is preordained about economic growth. As policies like demonetisation have shown, it is easy to push economies off their growth trajectory. The rising intensity of climate shocks (cyclones, etc.) and stresses (rising sea levels, intensifying heatwaves) will exact its own financial costs.

It’s also evident that India is seeing a pairing of extractive political and economic institutions – one outcome of this coupling is rising inequality, as Daron Acemoglu and James Robinson show in Why Nations Fail. Another is slowing economic growth. In that sense, the country’s inability to lift its people out of poverty shouldn’t become an unlimited pass to pump greenhouse gases into the air.

At the same time, climate change is now roiling everyday life in developed countries as well. In the past one month alone, it has been reported that the Gulf stream, which moves heat away from the equatorial waters into the Atlantic, is collapsing. In tandem, the Earth has seen forest fires in Siberia, California, Italy, South Africa and Greece. “The highest increases in temperature are being seen in the temperate world,” says Gopalakrishna Bhat, the founder of Taru, an environmental consultancy based in Ahmedabad.

The situation draws historian Timothy Snyder to mind. In 2015, musing about the larger warnings of the holocaust, he wrote in The Guardian: “Once standard of living is confused with living, a rich society can make war upon those who are poorer in the name of survival.” Leaders of developed countries, he said, might “follow or induce panic about future shortages and act preemptively, specifying a human group as the source of an ecological problem, destroying other states by design or by accident.”

Which is what we saw with the West’s hoarding of COVID-19 vaccines. And also when India banned vaccine exports as shortages loomed at home.

One outcome is that India might pushed onto a low carbon trajectory before it’s ready. This would only hasten the inevitable creative destruction that will accompany decarbonisation. More on that in the second part of this series.